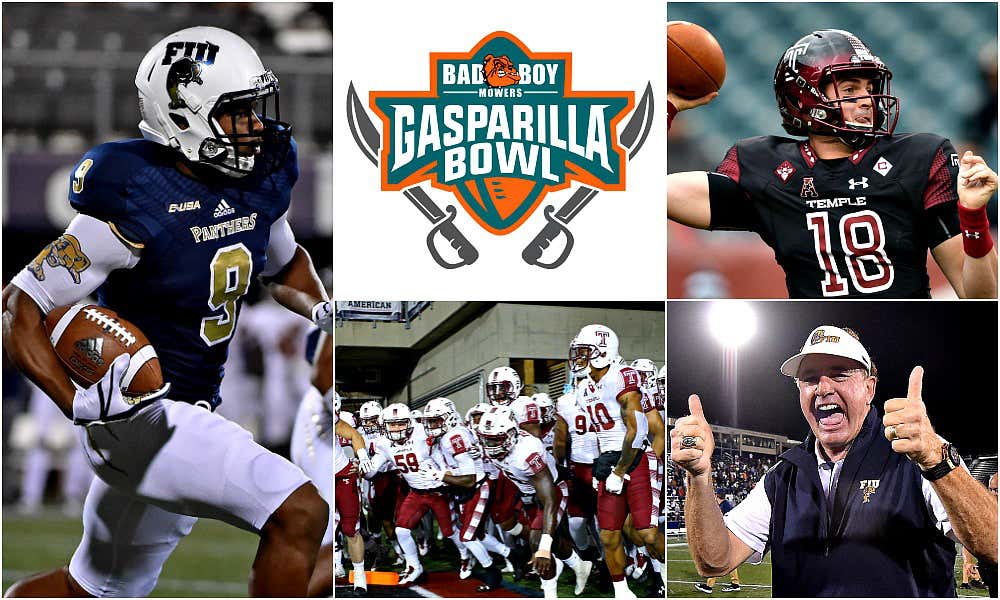 I believe this game is a must watch strictly because of the bowls name. I blogged about the bowls name back in August. I was rewarded with the phenomenal lawnmower race that took place in Tampa just a few days ago:

With all this in mind, I would say the Bad Boy Mowers Gasparilla Bowl is a must watch every year. There is one thing lacking in this game and that’s the quality of opponents on the field. If you go up to an average college football fan and ask them about the 2017 Temple Owls and FIU Panthers you’ll get a blank stare.

This game will be bizarre. It is played in the same stadium that the Tampa Bay Rays play their home games. Yes, you read that sentence correctly. For some odd reason, bowl games love being played on baseball fields and it always looks dumb and out of place. Tropicana Field is often the leader because of their awful looking turf: 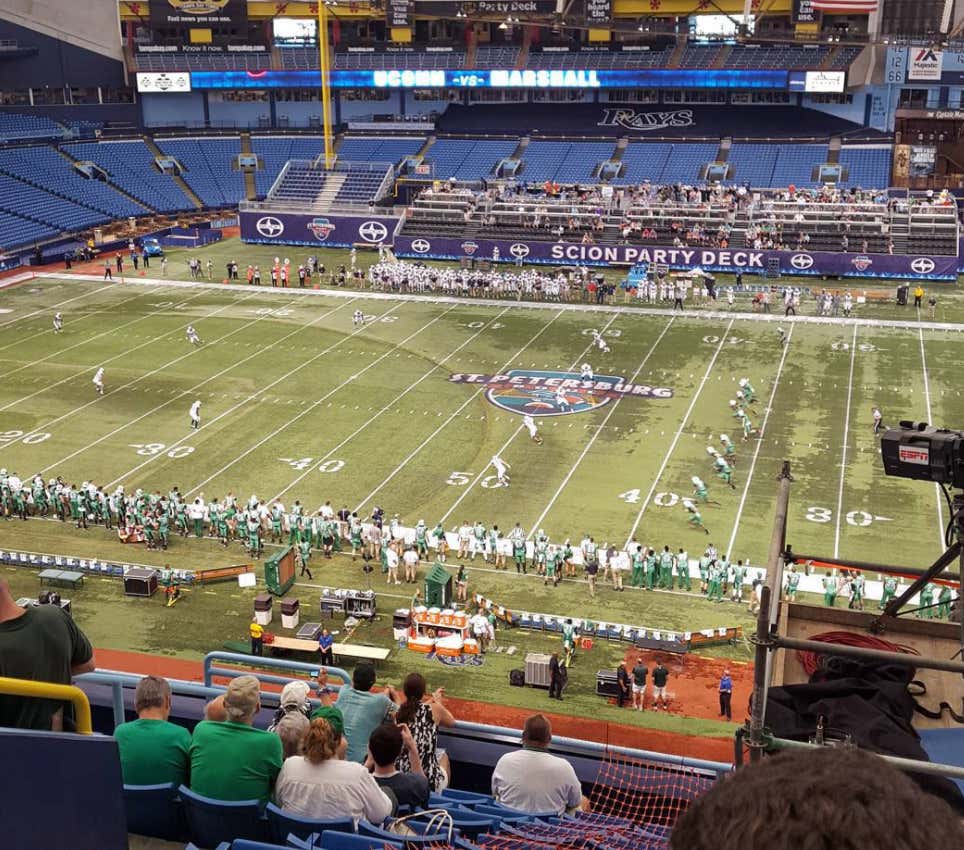 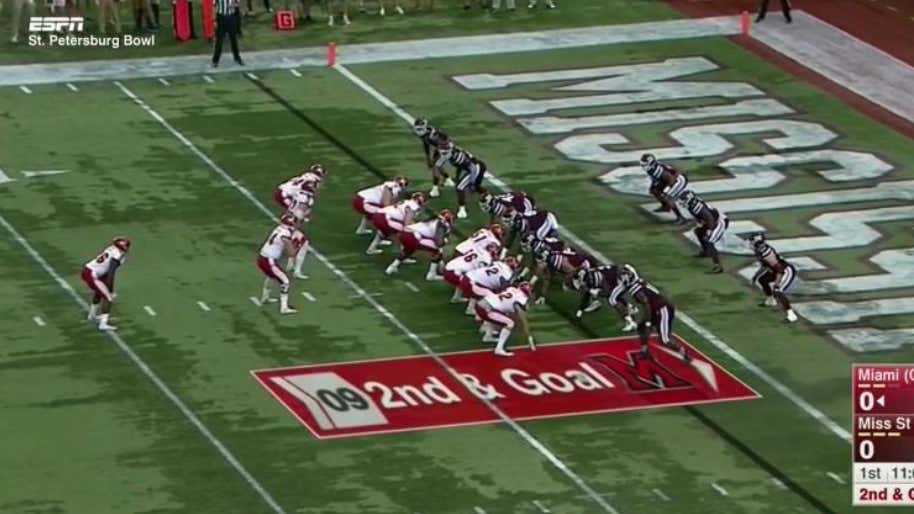 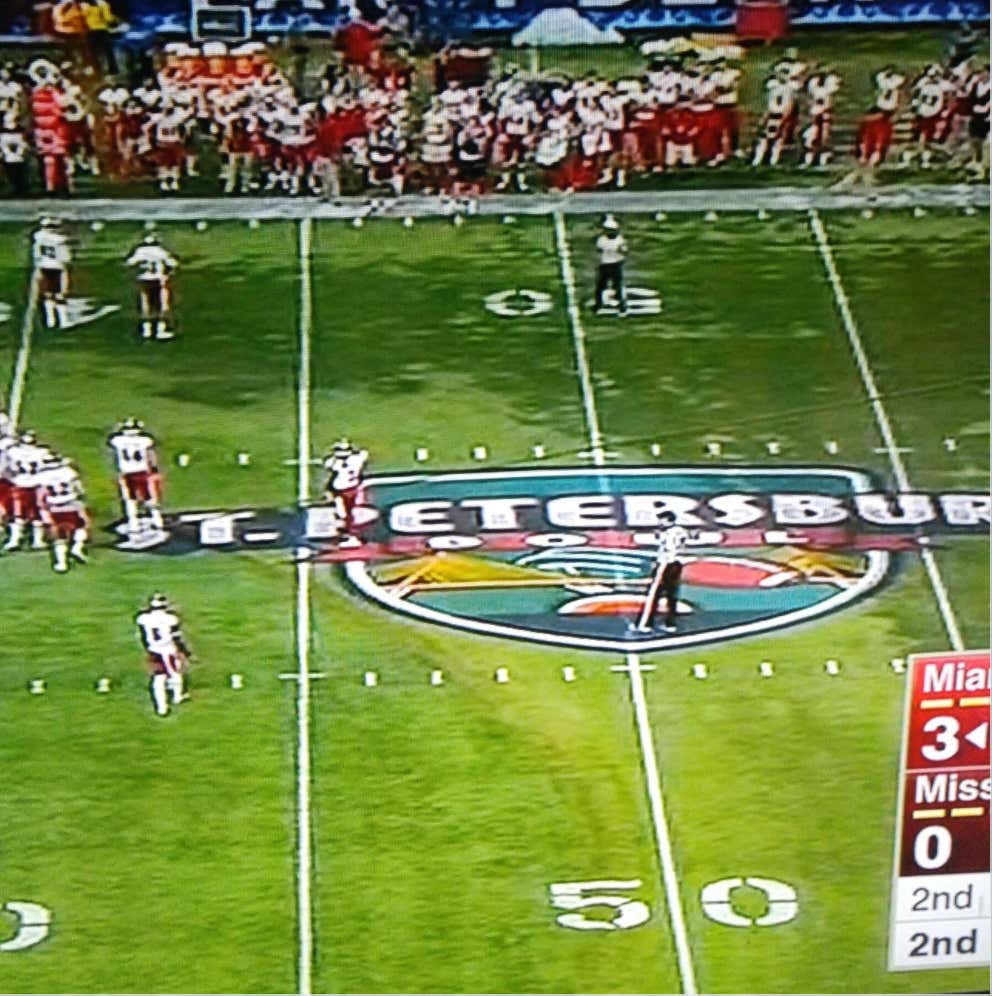 We’ll see how the turf looks tonight. It’s been a problem since the birth of the bowl, so I don’t think there will be much difference tonight. It seems like the groundkeepers at Tropicana Field just seem to say put down the proper yard markers and lines and then call it a day.

It’s also quite ironic that the bowl that Bad Boy Mowers sponsors is played on turf. Whatever, who cares anyways, right?

I have zero feel on this game from a betting perspective. Not betting a standalone game is a tough task for #DegenNation, but if we all do it together it’ll be a lot easier and a victory for us all.

FIU had themselves a great 8-4 season in 2017 under Butch Davis. Yes, the former head coach of Miami is now coaching Florida International. Talk about downgrading from the hottest girl at the school to your kind of cute on Thursday’s lab partner.

The Panthers strength is their air attack that ranks 38th in passing S&P+. Their success rate of 46.3% ranks them in the top 20 in the nation! The problem for FIU will be their top receiver, Thomas Owens, who was targeted on upwards of 25% of throws this season, will be out for tonights Bad Boy Mowers SHOWDOWN. Temple ranks a just below average 70th in defending the pass. Throwing without Owens will be difficult and their 101st ranked rushing attack won’t help in any way.

Temple isn’t a juggernaut on offense either. Their 104th ranked offense that scored an average of just 24 points per game this season is nothing to write home about. Maybe, just maybe, they can get some positive things going against the FIU defense that ranks 109th and 124th against the run and pass. The facet of offense that Temple is decent in, explosive plays (IsoPPP ranks them 36th) is the same facet that FIU is decent against defending (58th in IsoPPP).

The more and more I write this, the more and more I am leaning towards taking the under. Inside the opponents 40, Temple ranks 123rd on offense and FIU ranks 65th on defense. Flip that around and you’ll find FIU ranks 36th on offense, but Temple ranks 38th. We could see a lot of field goals here. That’s all depending if both teams can get inside their opponents 40. Temple has a success rate that ranks them in the bottom 30 of the country, meanwhile their above average defense will offset FIU’s 54th ranked success rate on offense.

I want to take the under, but the 5% of my brain that is smart is telling me “DON’T DO IT!!!” I rarely listen to that 5% but tonight is not one of those nights. It’s time to be rational, for once!  Weird things happen in games like this. If the under hits, I’ll be kicking myself, but I’ll take that risk. I could see both teams covering. If I had to take one, it would be FIU, just based off my gut. I’m not sure how much Temple will care about this game. They are accustomed to playing in bigger bowl games at this point in their program history and a game just a few days before Christmas against FIU isn’t that appetizing. All that being said, they played great at the end of the season, seem to love playing for their coach, and are on national TV. There is too much going on here for me to take a solid stance.

No plays. BACK TOMORROW!