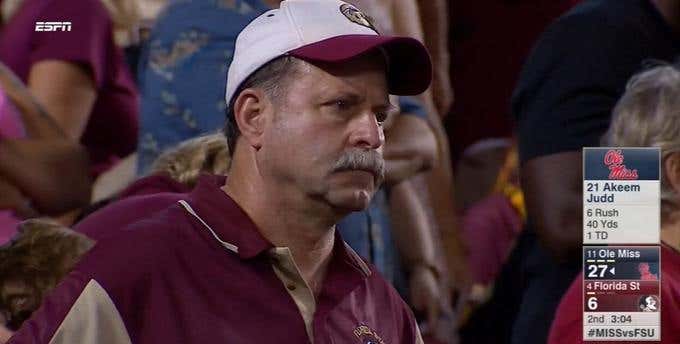 Florida State has had an awful few months. After losing their starting QB Deondre Francois to a knee injury midway through their season opener against Alabama, the entire season went up in flames. What followed were losses to NC State, Boston College (lol), and Louisville. After a loss to Clemson, their 35-year bowl streak looked to be dead. Throwing aside any honor and dignity they had, Florida State rescheduled their game against Louisiana-Monroe (was canceled due to hurricanes in early September) in order to get their 6th win:

Right before their pretty desperate effort to become bowl eligible, Jimbo Fisher left Florida State for Texas A&M. Things seemed like they couldn’t get worse for the Seminoles. The nightmare 2017 season was over and they escaped with a pretty good coach in Willie Taggart and a bowl berth in beautiful Shreveport, Louisiana. That was until yesterday, when Reddit user bakonydraco discovered that Florida State may in fact not be bowl eligible!

R/CFB-Florida State is scheduled to play in a record 36th consecutive bowl game, the Independence Bowl, against Southern Miss on December 27. Their 6-6 record includes a win over Delaware State, an FCS program. For an FCS opponent to be countable towards bowl eligibility, the FCS program must have awarded at least 90% of the FCS scholarship limit. After our own investigation, we have determined and confirmed that Delaware State has not met the 90% threshold set by the NCAA. As a result, Florida State’s bowl countable record is 5-6, thus making them ineligible for a bowl game this season. At present, there are three other bowl eligible teams that were not offered a game and it would be unprecedented for a team to go bowling without either eligibility or a waiver while teams who are eligible stay home.

You can read the full Reddit post through the link above, but one thing is clear and that’s that Deleware State, a team FSU beat 77-6 late in the year, does not count towards bowl eligibility.

Amazing. Florida State did everything they could to continue their three-decade streak of bowling, only for it to be discovered by a damn Reddit user to shit all over it. Move aside Florida State, time for Buffalo to take your place in Shreveport and provide some post-Christmas #MACtion to Capital One Bowl Mania. Or not?

I understand it would be impossible for Florida State to be replaced at this point, but this is yet another example of the NCAA being incompetent.”Oh yeah, we completely missed that Florida State is ineligible for a bowl, but don’t you dare give that recruit a hot dog! Your program will be under probation for the next 10 years! Wait, you thought you could give sugar to that recruit for coffee? THINK AGAIN! 5-YEAR BOWL BAN!”

What a dumb, dumb sport college football is. A sport with rules that goes down all the way to what sort of food a player can/cannot be given by his coaches and prides itself with the proud oversight of the all-powerful NCAA is one-upped by a random Reddit user, who NCAA higher-ups think lives in his mother’s basement.

To make this thing go full circle, the Shreveport Bowl is called the “Walk On’s Bistreaux And Bar Independence Bowl:” 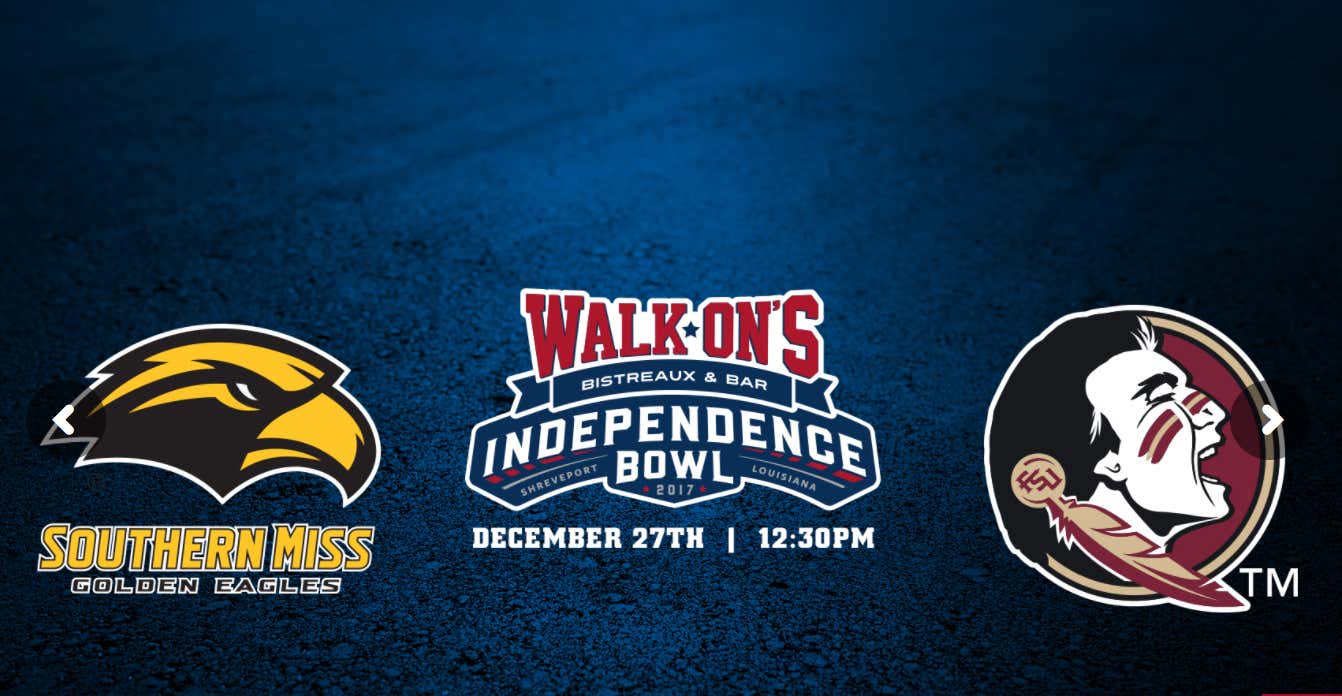 So, yeah, Florida State shouldn’t be competing in the “Walk On’s” bowl because they played a team with too many walk-ons.

Brett McMurphy’s Facebook-Ironically, Buffalo opens the 2018 season with Delaware State and Leipold said he’s already concerned whether the school will have enough scholarship players for the Bulls to count a win toward bowl eligibility.

Couldn’t make this up if you tried.