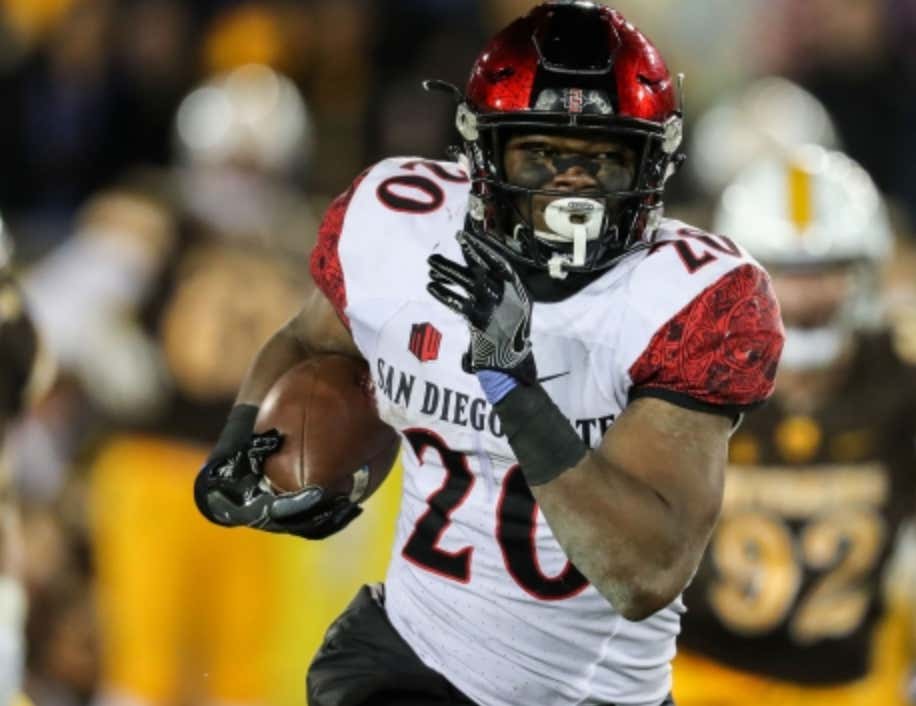 I liked this game much better when it was the Papa John’s Bowl. The Birmingham Bowl now doesn’t have a sponsor, so it goes with the tagline “Southern Hospitality. Serious Football.”

Every time I read that line I hear Betty Crocker saying it and I chuckle. SERIOUS FOOTBALL, YA’LL! OPPOSED TO THE NON-SERIOUS ONE!

This is South Florida’s second consecutive year in this bowl. Yes, the team led by Charlie Strong, that came into this season hoping to be the G5 participant in the New Years 6, is going back to Birmingham, Alabama, for the second straight year. Motivation cannot be high for the USF Bulls.

South Florida’s season ended with the 27th ranked defense and 31st ranked offense. They have a top-15 explosive offense and top-20 starting field position. Texas Tech doesn’t have the greatest reputation when it comes to defense, but the unit had a relatively good year. Stopping explosive plays (rank 41st) has been one of their strengths, which will help them against the fastest offense in the country on Saturday. All of South Florida’s strengths come through explosive plays, ranking 22nd in the country on rushing IsoPPP and 7th in passing IsoPPP. Texas Tech ranks 25th and 35th in those same categories on defense. The Texas Tech defense will force South Florida to play efficient football if they want to keep up with the Red Raiders 27th ranked offense. The problem for South Florida is they have not played to peak efficiency this year with a success rate that ranks them 81st in the country.

On the other side of the ball, South Florida’s 27th ranked defense will have a battle against Texas Tech’s gun-slinging offense with Nic Shimonek. On standard and passing downs, Kliff Kingsbury’s team runs the ball the 12th least in the country, so expect a lot of passing from TTU. South Florida won’t be intimidated by the 41st ranked pass offense, as their pass defense ranks 14th overall and 6th in success rate. Those ridiculously successful rates have a lot to do with their 9th ranked pass rush, which will go up against an average offensive line. Shimonek will have to get the ball out quick in order to get anything going for his offense.

In a game that a lot of people are calling to be an offensive shootout, I could see a lower scoring game. Nothing absurd, but a 31-24 game is much more possible than a 45-42 contest. I don’t think there is any value in the spread. Maybe if Texas Tech gets to 3.5 take them, but getting just 3 points is nothing to be excited about.

San Diego State’s coach Rocky Long is 14-1 straight up and 11-4 ATS against triple option teams in his last 15. He’s had the past few weeks to prepare for Army’s triple option and is ready to add another W to that 14-1 record with his top-40 ranked rush defense.

Rocky (what a great first name) also loves running the football, he’s had the likes of Ronnie Hillman and Donnell Pumphrey running the rock for him since 2011. This years star, Rashaad Penny, is just over 100 yards behind Pumphrey from breaking the schools single-season rushing record. Army ranks 116th against defending the run and 88th in stopping explosive running plays, a place the Aztecs ranks 5th in.

Army’s season has already been won. They beat Navy just two weeks ago in an incredibly emotional game and won the commander in chief’s trophy. Four of their wins this year have come within 5 points. The rush defense has been awful all year and the triple-option has met its foe in Rocky Long. San Diego State will come out ready to go, especially with star RB Rashaad Penny looking to break a school record.

Yeah, I have NO idea where either of these teams heads are at. These are two premier programs in the G5, but how much motivation are they going to have strolling into Mobile, Alabama two days before Christmas?

I’ll be sitting this game out. I don’t see any value in forcing a play. If you are stuck with your family and need anything to get you out of yet another “did you see what Donald did yesterday?” go ahead and take Toledo. Logan Woodside should have an explosive day.