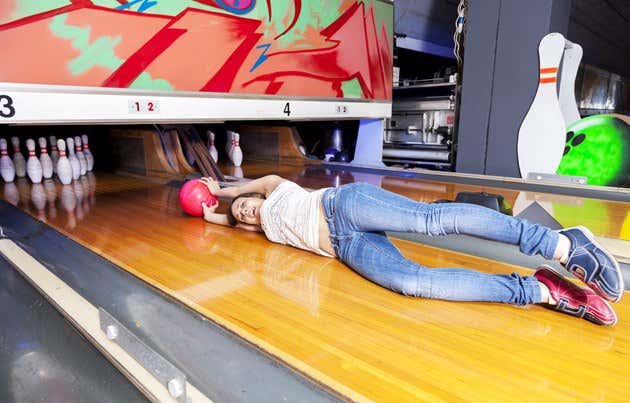 Don’t know how you are going to spend another full day with your entire family today? Is Aunt Loretta’s sweeping generalizations of the world in 2017 really grinding your gears? Three awful bowl games are here to save you. Wait, Jack Mac, how will they save me if they are awful? Gambling takes any game and turns it interesting.

West Virginia was given the “sleeper that’s not really a sleeper anymore because everyone is saying they are a sleeper” role during the preseason. A team that returned a whole lot of nothing was fallen in love with by a lot of college football fans and analysts because of the arrival of QB Will Grier. Some said betting on them over 7.5 wins was a “mortal lock.”

Those people weren’t dead wrong, Will Grier, David Sills and Justin Crawford turned out to be a hell of a combination, but West Virginia finished 7-5. So much for a mortal lock. The Mountaineers did have their strengths, specifically on offense. Grier and Crawford led the team to a top-20 offensive finish in S&P+. WVU’s run game had a success rate (50 percent of necessary yardage on first down, 70 percent on second down, and 100 percent on third and fourth down) that ranked them 24th and passing game ranked 36th. Maybe they can put on a show for us in the bowl game, right? Make thins a little entertaining the day after Christmas? Well, Will Grier and Justin Crawford are out for this one. So is starting right guard Kyle Bosch. Lurking for the injured Mountaineers is the 38th ranked rush defense and 21st pass defense of the Utah Utes. Any aspect of the game that WVU ranked higher in than Utah’s defense has been forfeited due to injuries.

On the other side of the ball, Utah is in a completely different situation than WVU, as they will be returning QB Tyler Huntley. The QB, who missed the last game of the season due to injury, picked the right game to come back for: WVU’s defense finished 103rd in the S&P+ rankings. Huntley should have plenty of time to throw against the WVU defensive line that ranks 91st in adjusted sack rate. Utah’s offense is pretty well rounded, ranking top-40 in rushing and passing. RB Zach Moss should have a big day against the poor WVU rush defense. The Utes will have little resistance in putting up points against the Mountaineers.

A theme I continue to return to during these previews is coaching. Often times it’s due to coaching changes, but in this game, we just have a clear disparity between two coaches in their quality of postseason appearances. Outside of the famous Orange Bowl massacre in 2011 (Geno Smith’s greatest moment), Dana Holgorsen has won just one bowl (Cactus Bowl by one point) in his time at West Virginia. In their last 8 bowl games, WVU is 1-7 ATS. Kyle Whittingham is the opposite, 10-1 SU in his last 11 bowl game appearances. I am going to feel a lot more comfortable with Utah in this one because of those stats, not to mention they have a damn VAPE CANNON:

When I was in 3rd grade I went to this bowl. It was called the Motor City Bowl at the time. UConn murdered Toledo. Third grade me was so happy. After the game, I went down to the front row seats and UConn’s QB Dan Orlovsky gave me a high-five. Later that night, my friends and I played in the pool and relaxed in the hot tub. It was one of the greatest days of my life. That was because I didn’t know how big of a dump Detroit is. Childhood ignorance is great.

I have a distinct view of this bowl game every year. It brings up memories, but also a great feeling of despair I feel for the teams that participate in this one. The Quick Lane Bowl doesn’t even have their own website. No, really, if you want to find any information about this bowl game, you best be looking on the Detroit Lions website. Imagine you are Northern Illinois. You grind all year and become one of the bowl teams in the MAC. Akron gets to go to Boca. Eastern Michigan goes to the damn Bahamas. You get to go to good ole Detroit, Michigan. Did you think Dekalb, Illinois was cold? WRONG.

This game is going to be a snoozer. Everything about these two teams profiles shouts under. Duke ranks 93rd on offense and Northern Illinois ranks 13th on defense. When flipped, NIU ranks 103rd and Duke ranks 40th. I don’t see how either of these teams are going to find a way to get the ball into the end zone to combine for over 47 points. Both NIU and the Blue Devils rank bottom 40 in defending against explosive plays, but their offenses won’t be able to take advantage of that seeing that they rank 115th and 105th in IsoPPP (An explosiveness measure derived from determining the equivalent point value of every yard line (based on the expected number of points an offense could expect to score from that yard line) and, therefore, every play of a given game).

Maybe I’m just being a neurotic gambler, but it seems too good to be true. I seem to never win the games that are too good to be true, especially when it comes to totals. I’m just not very good at betting totals. Maybe I’ll bite on the under right before the game, but it’s just a lean for me at the moment.

Unfortunately, Josh Rosen won’t be playing in this one due to doctors orders. I know every Twitter QB has an opinion on if this was actually a doctors order or just a cover-up, but Rosen’s career in college looks to be over. Players sitting out bowl games continues to happen this year, which Rosen gave his thoughts on last week:

That’s a must listen to. Rosen is going to be in the NFL for a very long time.

One question I have for this game is whether or not Bill Snyder still has revenge on his mind after how the last UCLA-KSU game ended:

Jim Mora, of course, isn’t at UCLA anymore, but Snyder seems to be a guy that sneakily holds grudges. He could smell blood in the water.

UCLA is in flux, but even without Rosen, they may still be able to put up big points through the air. Backup QB Devon Modster is 30-45 on the season with 2 TDs and 0 INTs. The Bruins passing attack is the 26th best in the country, while Kansas State allowed a passing success rate of 46.7% this season, which ranks 114th. Modster still has a lot of the same weapons Rosen had.

-UCLA is 1-7 ATS in their last 8 non-conference games.

I want to play KSU, but I keep thinking back to last years Cactus Bowl, which featured Baylor, a team in flux, against Boise State. The Broncos looked like the obvious play in that one, but Baylor ended up winning in dominating fashion. You could argue there is more hope and momentum for UCLA right now than there has been in years. Players will want to impress Chip Kelly, so I don’t see them coming out flat. Leaning UCLA also makes me feel sharp, which is good for my ego and if they do end up covering I can tell myself, “you are almost there, bud. You are almost a sharp.” If they don’t end up covering I just won’t acknowledge it. Best of both worlds.