Look at the look on Bryce Love’s face: 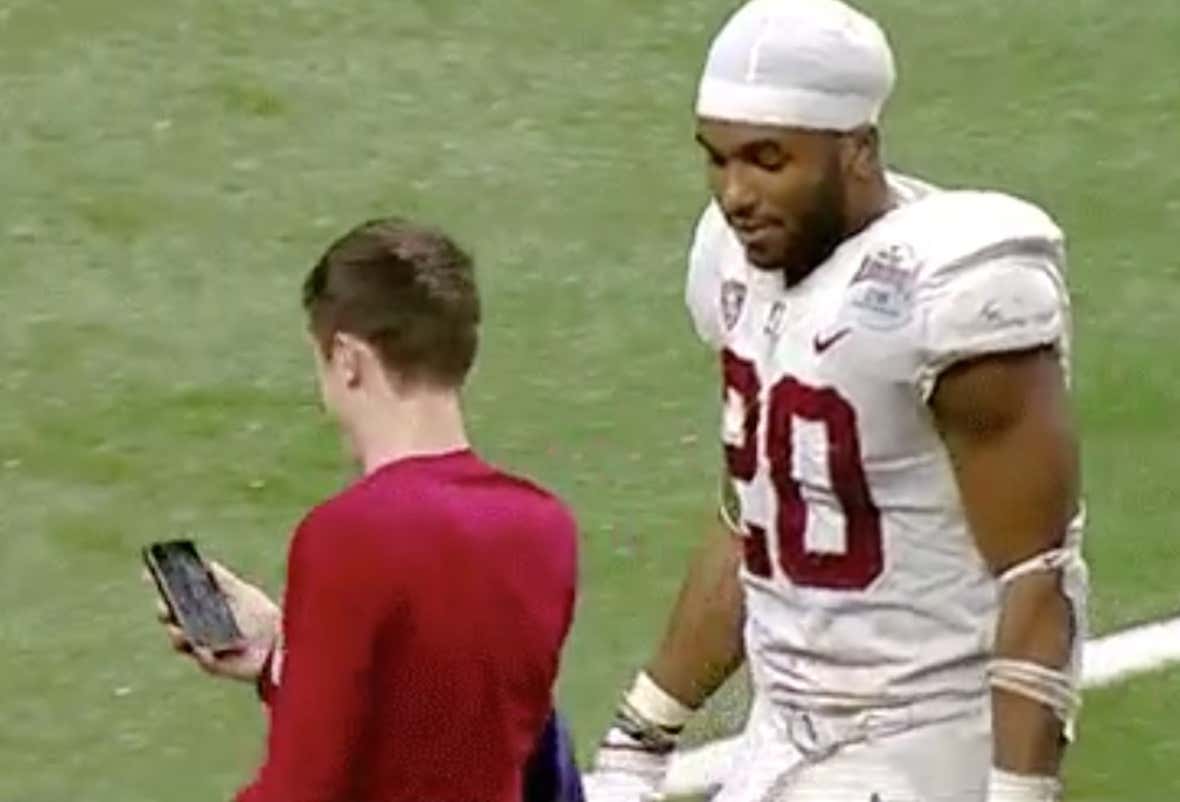 I’m not a guy who freaks out over real fans vs. “fake fans.” If you like a team, you like a team and I’m not going to be the guy who yells at you about being a fan of one team a few years ago and a new one now. All that being said, this is such a disgusting move. There is no way to justify it. I don’t care if this kids father went to TCU and mother went to Stanford, you can’t pull a move like this. You have to make a decision when you go to a game to who to cheer for in a situation like that. There is nothing worse than the fan who wears a half jersey of one team and a half jersey of another: 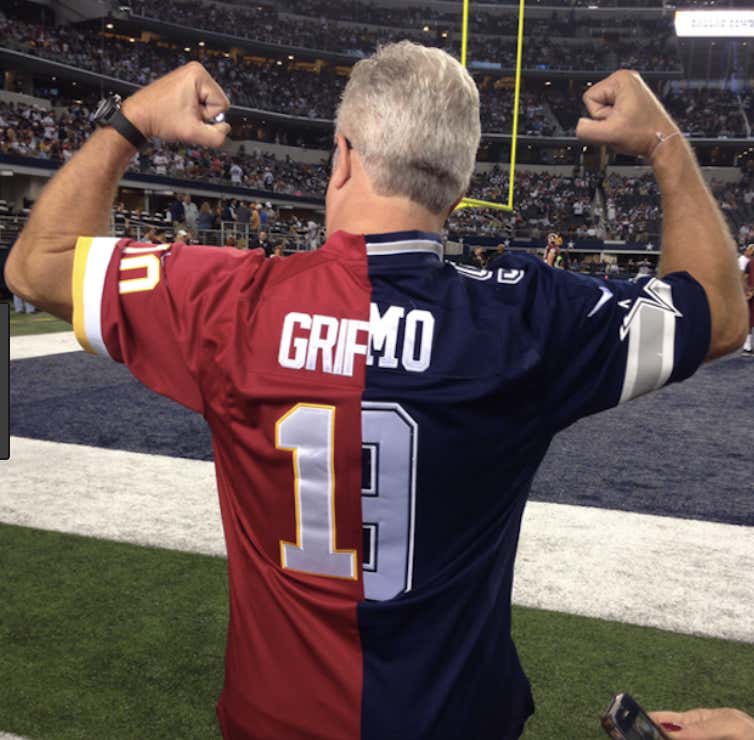 I believe wearing a jersey like this above is punishable by up to 5 years in prison. No, I don’t care that your Mom went to Texas and Dad went to Oklahoma, so you cheer for both throughout the season. That is not allowed to happen. You should be banned from fandom.

Coleman is such a bad name. Never met a Coleman in my life who wasn’t a zero.

I don’t want to wish ill on a major moment in this kids life, but man wouldn’t it be funny for Stanford to send an acceptance letter to Coleman only for him to open it and see it says “Congratulations, Coleman, you have been accepted to Stan….sorry, Texas Christian University.”

P.s. I know this kid is technically a Generation Z, but I refuse to use that terminology. I feel like too much of a nerd when I say “Gen Z.”