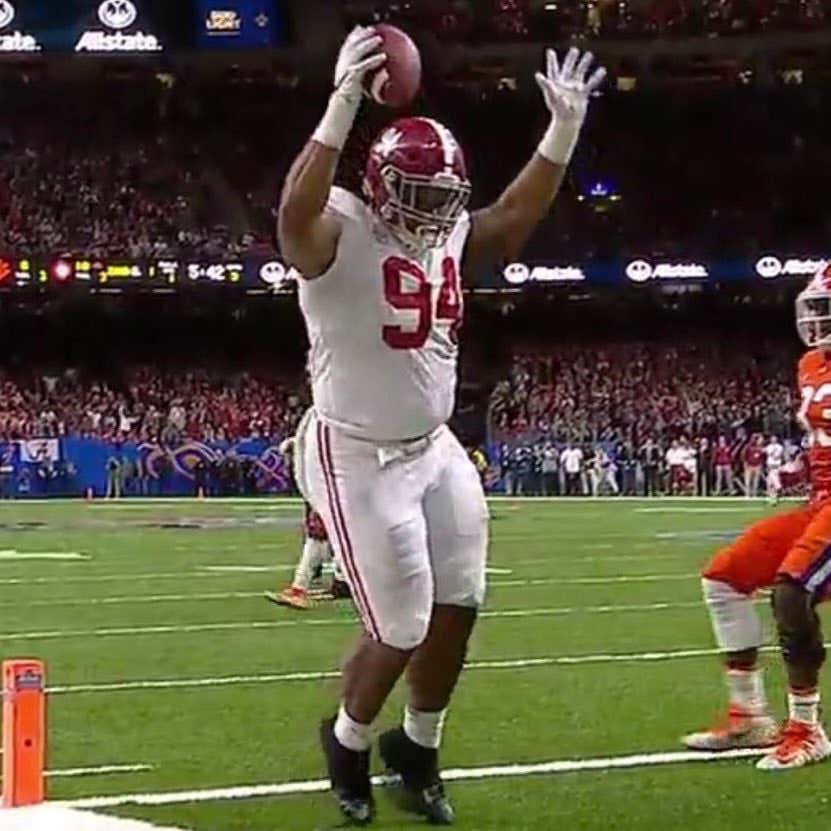 Complete domination out of Alabama in the Sugar Bowl tonight. In Saban vs. Dabo III, Alabama jumped out to a 10-3 lead in a boring first half. The second half started off with a fumble:

A Field goal for Clemson wasn’t to Dabo’s liking:

And then all hell broke loose:

That was all she wrote after the pick six. The game ended 24-6. Clemson’s offense had no answer for Alabama’s defense, which was healthy for the first time all season. The cult of Clemson is dead:

So, yes, we have an all-SEC title game. If you type in SEC on the Twitter search bar, you’ll find out that A LOT of people need a little ice for their behinds:

Monday night is going to be AWESOME. This sport is imperfect, just like every form of entertainment ever. College football is about embracing the dumb. If you want to be Mr. Serious, go talk politics with your favorite capital J sports journalist on Twitter.

We’ll be talking all week about Georgia-Alabama, but I just want to say two things before I go. One, if you enjoy good football (you do), don’t let a bunch of keyboard jabroni’s ruin your excitement for the national championship game. Two, to all those keyboard jabroni’s who are crying about the SEC, I just wanted to remind you that the only thing that went down from the SEC today was Nick Saban:

SEC fans….embrace that heel role! OWN THE HEEL ROLE: