Rich Rod started the 2017 season sitting on a hot seat, but after a 7-5 year and the emergence of QB Khalil Tate, it seemed that he was a go for the 2018 season. Rumblings started Monday night of an alleged situation we had not known about previously:

Then the hammer came in an hour later.

Sparknotes version of the letter from University of Arizona’s president: In October, the university “retained outside counsel to investigate allegations of sexual harassment against [Rich] Rodriguez.” Those allegations were made by a “former employee of the Department of Athletics.” That former employee “retained counsel” and then “declined multiple requests” to participate in the investigation. There was also “communications that she alleged proved support for her allegations,” but after she retained counsel, she did not turn them over. On December 28th, the investigation ended and found that “specific harassment allegations against Mr. Rodriguez could not be substantiated based on evidence and witnesses available to it.” Although the allegations could not be “substantiated” Arizona “became aware of information” that made them “concerned with the direction and climate of the football program.”

Well, that escalated quickly. Limited information is out there at the moment and in a sexual harassment situation, it’s obviously unfair to speculate. In the president’s letter, it seems as if the firing is a result due to some of the findings during the investigation, even if they couldn’t be “substantiated,” but then there are reports that the firing had only to do with “football reasons:”

It’s hard to believe that the investigation played zero role in this decision. Firing a coach this late in the coaching search season is bizarre, specifically for Arizona who has a young, promising team. If this happened in the beginning of December, the “football reasons” explanation would make much more sense, but Arizona just signed 16 incoming freshmen during the early-signing period. Those 16 high school seniors, some of whom are reporting to Arizona for the spring semester, signed a national letter of intent assuming Rich Rodriguez would be their coach. They will not be allowed to play football at any other FBS schools next year unless the NCAA voids their NLI’s. If the NCAA does not void their NLI’s, those players have to play under whatever coach Arizona hires, even if it was Kim Jong-un and his small button. A situation like this was one of the criticisms of the NCAA having an early signing period.

Rich Rod’s assistant coaches found out about this through Twitter, which must be an awesome way to find out that you don’t have a job anymore :

Here is Rodriguez’s statement, in which Rodriguez denies allegations of sexual harassment and admits to an affair:

The affair was with a woman “who is not affiliated with the University,” so it appears that it was not with the woman who accused him of sexual assault. The affair seems to have nothing to do with these allegations, except for the fact that it arose during UA’s investigation, but all the information is not out there yet.

What a wild ride for Rich Rodriguez. On December 12th, 2006, he turned down the head coach position at the University of Alabama:

A little less than a month later, this happened: 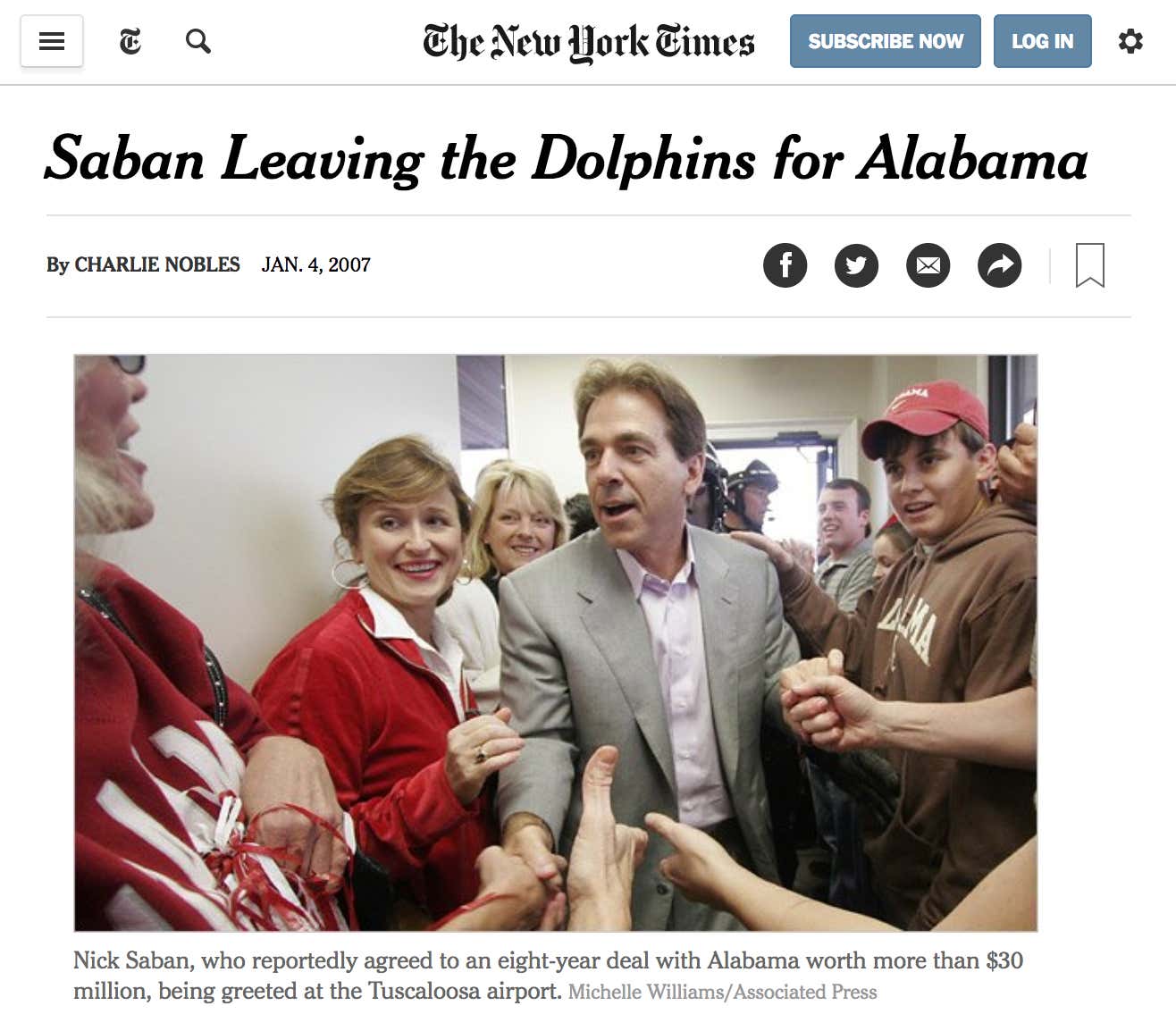 Arizona is now looking for a head coach and rumor has it that an old champion of life may be packing up and moving to Arizona like Joe Bonanno:

If Arizona does come to their senses, there is one guy available:

P.s. A special shout-out to the longest tenured coach in Arizona (including FBS and NFL):