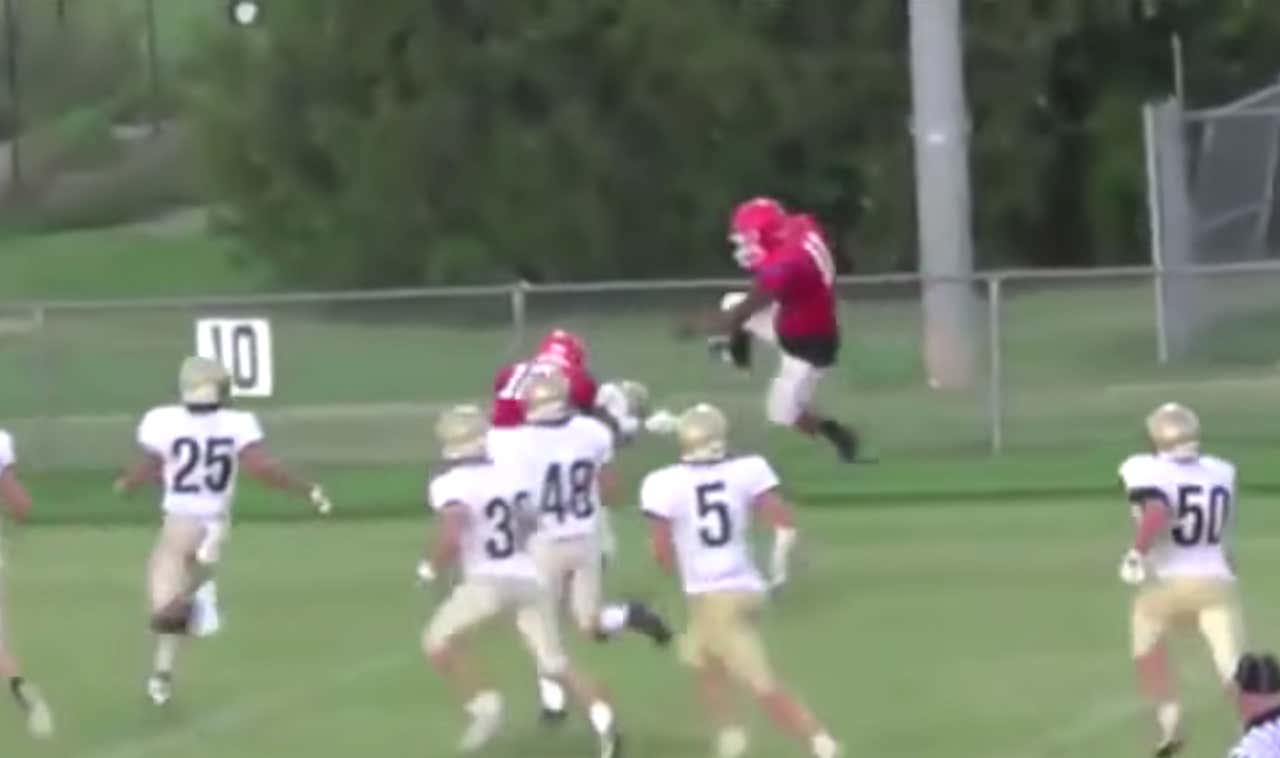 There’s never been a bad highlight film from a high school football player ever. The backup QB on your high school team could scrap together 15-25 throws to make himself look decent. With all that being said, I have never, in my 21-years of life on this earth, seen anything CLOSE to a highlight video like this:

Calling this guy “the next Marshawn Lynch” may not even do him justice. The only time I have seen a performance close to this one is when I created my own player on Madden and turned up every damn rating to 99. They should’ve had a special stat column just for how many concussions and broken bones he caused during the season.

Yes, he won’t be playing against these level of players in college I get it, but have you ever seen a human able to do this:

Cuzzo threw buddy to the ground like he was a rag doll!!!!

These two plays could be considered a felony in multiple states:

Here comes the shocking part: Devonte Lee only had ONE offer this year: 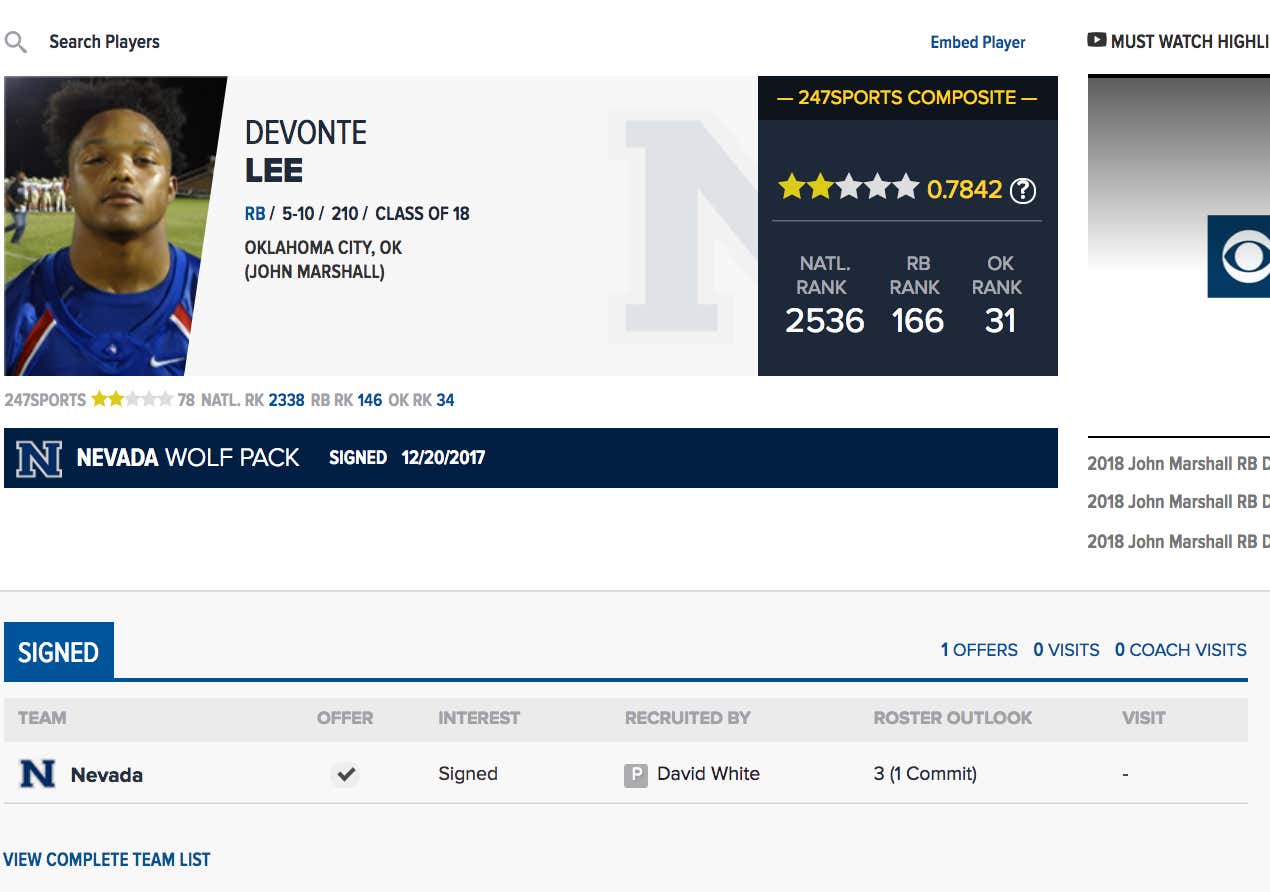 If that’s a 2-star RB, I want to know what a 5-star RB looks like. According to 247Sports, there are 146 RB’s better than him graduating this spring.

The only reason I can think of Devonte Lee not being at least a 4-star prospect is if he has a criminal past or has a 1.83 GPA, which it appears is not the case. He is from Oklahoma, so he isn’t playing complete scrubs either. Even if you are playing scrubs, looking like prime Bo Jackson playing Pop Warner football in your highlight film should be enough to at least get a call from Lane Kiffin down at #THEfaU. This looks like a real-life Lionel Boyce situation:

Count me in on the Nevada Wolf Pack train. I want to see this kid win the damn Heisman and then give a big ole middle finger to everyone who didn’t recruit him during his acceptance speech.