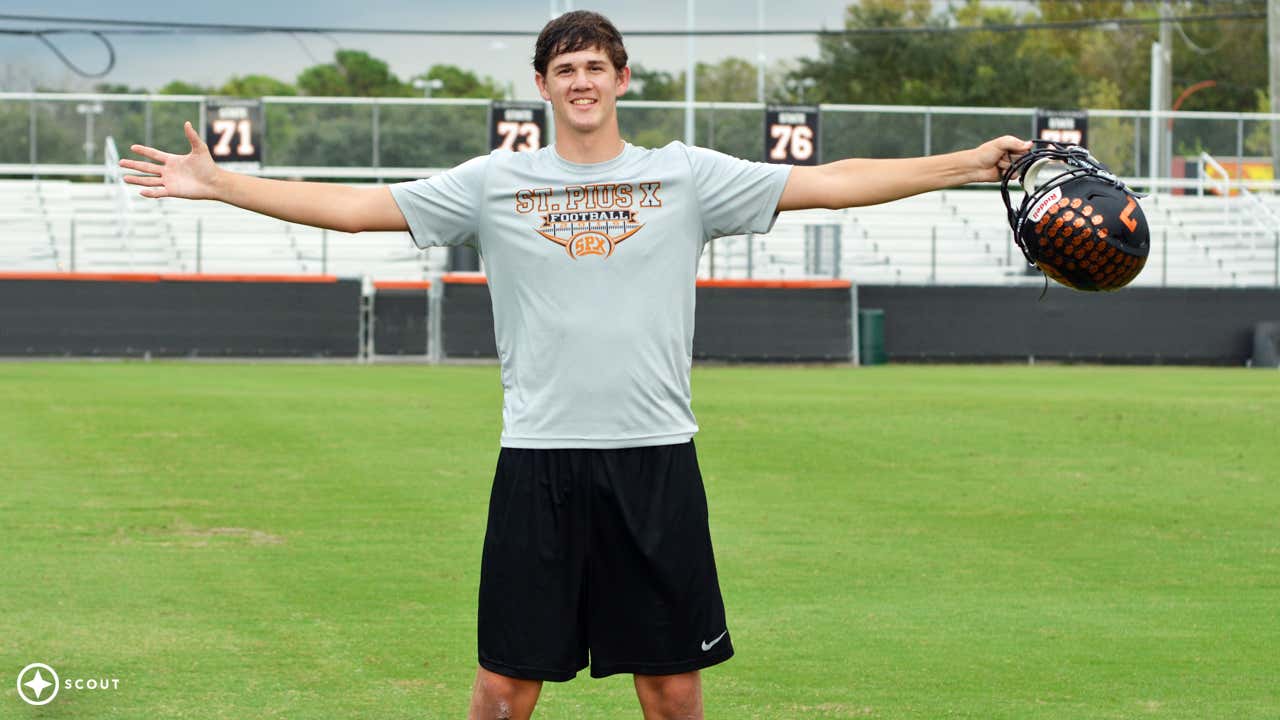 Gunnell, who has an all-time QB last name, committed to Texas A&M back in June, but isn’t set to graduate until 2019. His pledge to the Aggies hasn’t stopped Ed Orgeron from ‘crootin Gunnell down to Baton Rouge:

SEC Country-“I text with him every other day, probably,” Gunnell said. “He’s texting my parents like every morning. He’s a great guy.”

I wonder if Orgeron ends every text message like he does every interview: “Good morning, Mr. & Mrs. Gunnell, what kind of gumbo is on the menu for today? GO TIGERS.”

The latest iPhone has the talking emoji feature, which has me wondering if we could somehow get a Coach O talking feature on the iPhone 11. I want every word I text, from the texts to my mother to my friends, to sound like it came from the mouth o Coach O.

should the Tigers flip the talented 2019 quarterback from the Aggies, LSU coach Ed Orgeron made a unique promise to Gunnell.

“He said if I commit, he’ll bring the tiger down to my signing day,” Gunnell said, with a chuckle.

Alabama’s kickers missing FG’s in big games and LSU not having a good QB are two givens every season in college football, so I have to respect Coach O doing whatever it takes to flip Gunnell.

I know LSU keeps very good care of Mike the VIII, but I prefer to imagine Coach O holding the Tiger in his backyard sort of like Tony Montana held his:

I, also, imagine Coach O getting way too close to the Tiger trying to replace it’s growling noise with one English phrase: “GO TIGERS!”