Leaving a spot for the national championship trophy you aren’t going to receive? DUMB AND FUN!

Nothing but respect for #MyNationalChampions:

What UCF is doing is great. They are creating a conversation about their program and the legitimacy of G5 teams. Their AD has had spots on ESPN throughout the past few days and has ESPN’s midday talk shows discussing an AAC team, just a few days before the national championship. UCF was 0-12 just two years ago and now all this is happening. Phenomenal. We could look back on this in 3-5 years as to why the CFP expanded. As trolly and funny this whole thing is, UCF may be accomplishing something big here.

I just have one tip. After this “block party” is over on Monday, they should all hop on a private jet and head to Atlanta. With 150 or so purchased tickets in a visible section, UCF should show up around the 2nd quarter fully padded up. Sitting front and center with a WWE title belt will be their AD Danny White and right next to him will be Shaqueem Griffin with the national championship trophy that they somehow stole: 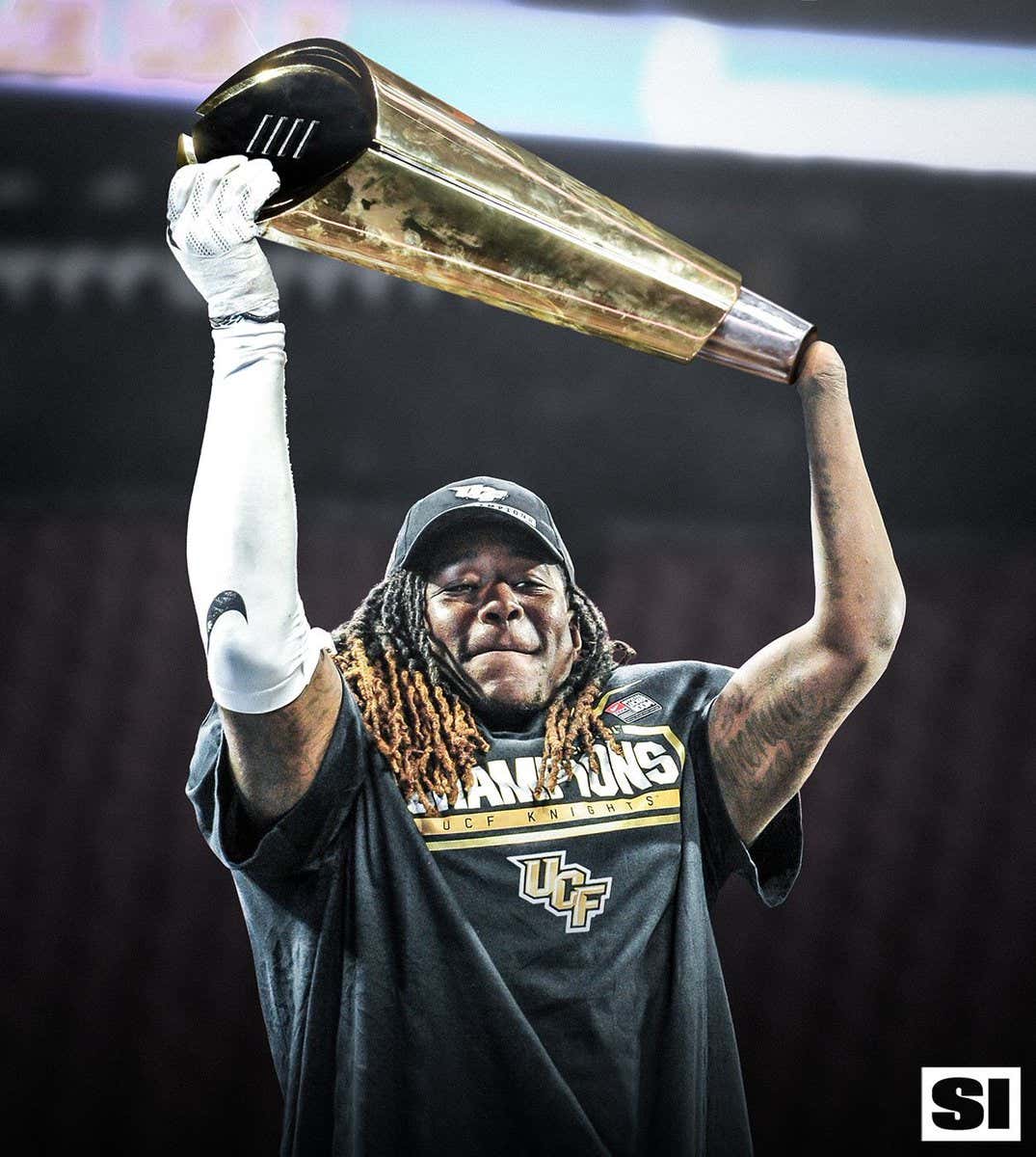 When the final whistle is blown, all 150 players and coaches all stand up in unison and walk out as their music is playing. A perfect ending to the 2017 season.