Just as the Super Bowl attracts new fans, tonight’s college football national championship game will be watched by some fans who haven’t watched a lot or any of college football this year. CNN’s website editors must believe that their audience features some of those new fans and decided to write an article titled, “Everything you need to know about the College Football Playoff National Championship 2018.” In what could’ve been a simple article without much substance, CNN turned this preview into a masterpiece that should be preserved in a museum somewhere for future generations to see.

Like any true hard-hitting piece of journalism, it took only one sentence for things to get going, “Pay attention, because this game should be a thriller and by the time the announcers actually get through the phrase “2018 College Football Playoff National Championship,” it will be half over.” Boom. Show that joke to Donald Trump and I guarantee he will even struggle to hold back a smile. Doesn’t matter if you want Jim Acosta’s head on a platter, that a joke for the ages.

I actually laughed at this. I’m not sure if this was an intended joke or serious. If it was a joke, I applaud CNN for this. If this is serious, I will be writing a 3,000-word blog released tomorrow on how the libcucks over at CNN are ruining our youth by celebrating “participation awards.”

I WILL NOT STAND FOR SUCH SLANDER!!! 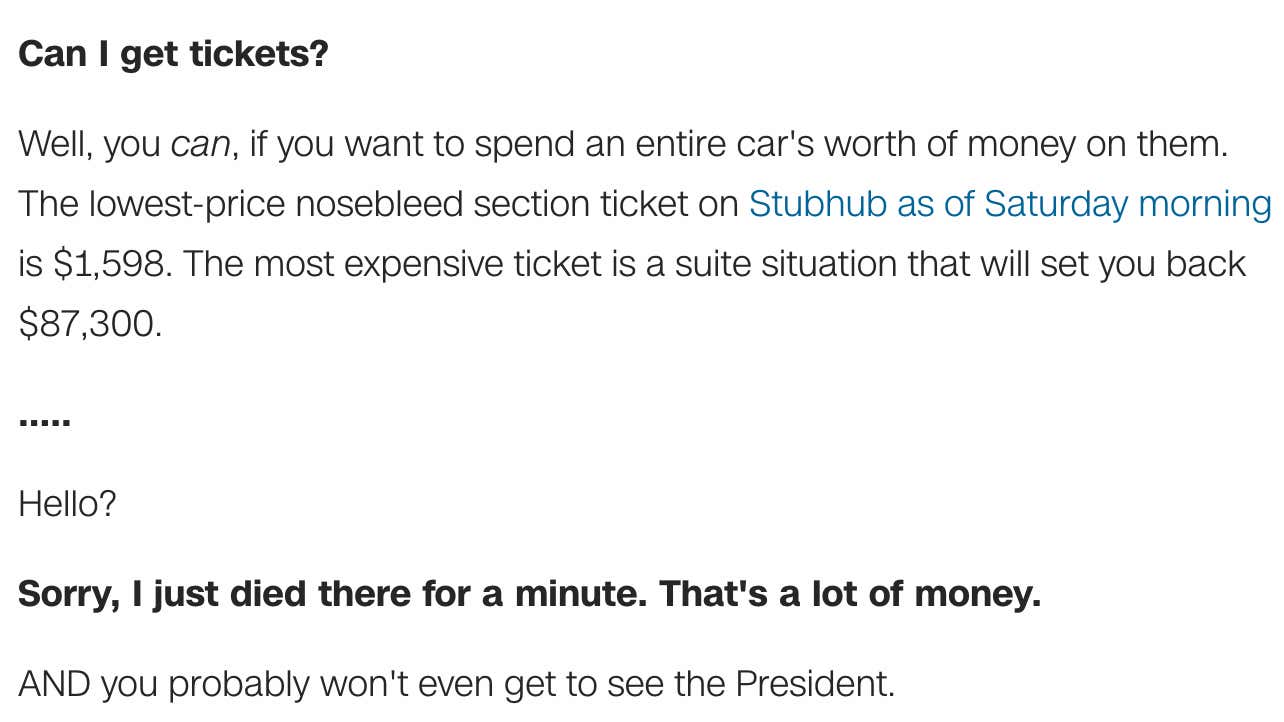 Ahhhh, the classic “I just died there for a second” joke when talking about expensive tickets. Not as classic as the “you are going to have to give up an arm and a leg to go,” but nonetheless, a classic.

Thanks to CNN for educating the masses. I was hoping that Donald Trump was going to hold his Fake News Awards before tonight’s game outside the stadium. It would’ve been awesome….It’s always fun when politics and CFB mix: