Georgia is hurting today. The pit in their stomach as they saw Tua Tagovailoa throw the left sidelines must’ve been the size of Mars.

There was one member of Georgia that did escape Atlanta with a W, though:

I mean, look at that GLORIOUS stache: 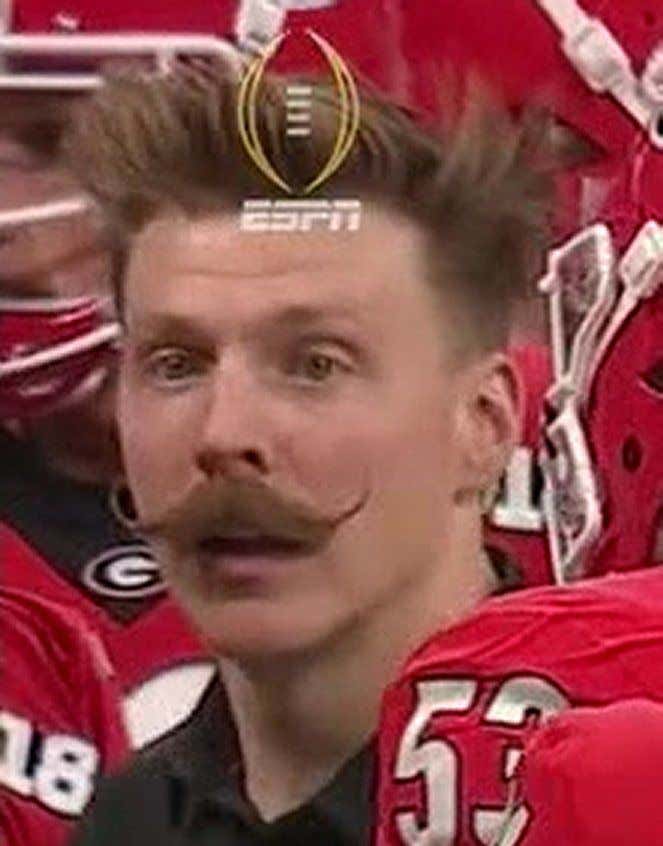 Straight out of a history book. That mustache looks like it should’ve been on an 1897 Cowboy that traveled through America on a horse and dropped the pantyhose of every woman he interacted with. That’s a mustache that broke down barriers back in the day. Premarital sex became more prevalent because of mustaches like this.

Somehow, someway, the man behind the mustache is better than expected. He holds the most coveted and respected job in sports, a strength coach for a top college football program. So, if you want to make a “soy latte with avocado toast” about my guy Aaron Feld, go say it to his face and see what happens cuzzo:

I know it’s a shot in the dark, but if we could get Coach Feld to go up against Penn State strength coach Chuck Losey at an upcoming Rough N’ Rowdy that would be *possibly* the greatest thing to ever happen: 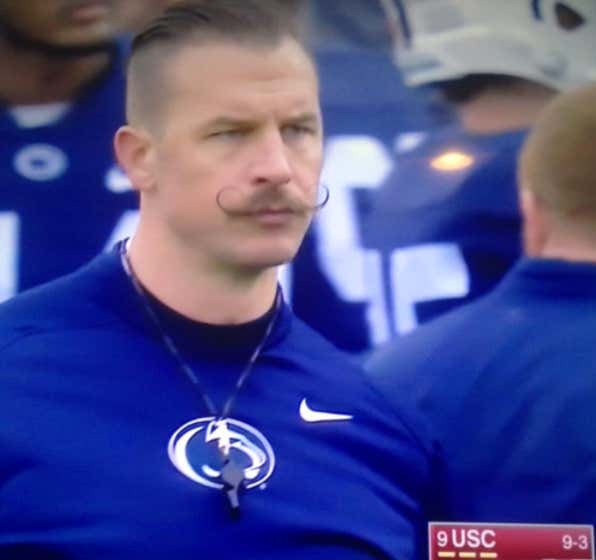