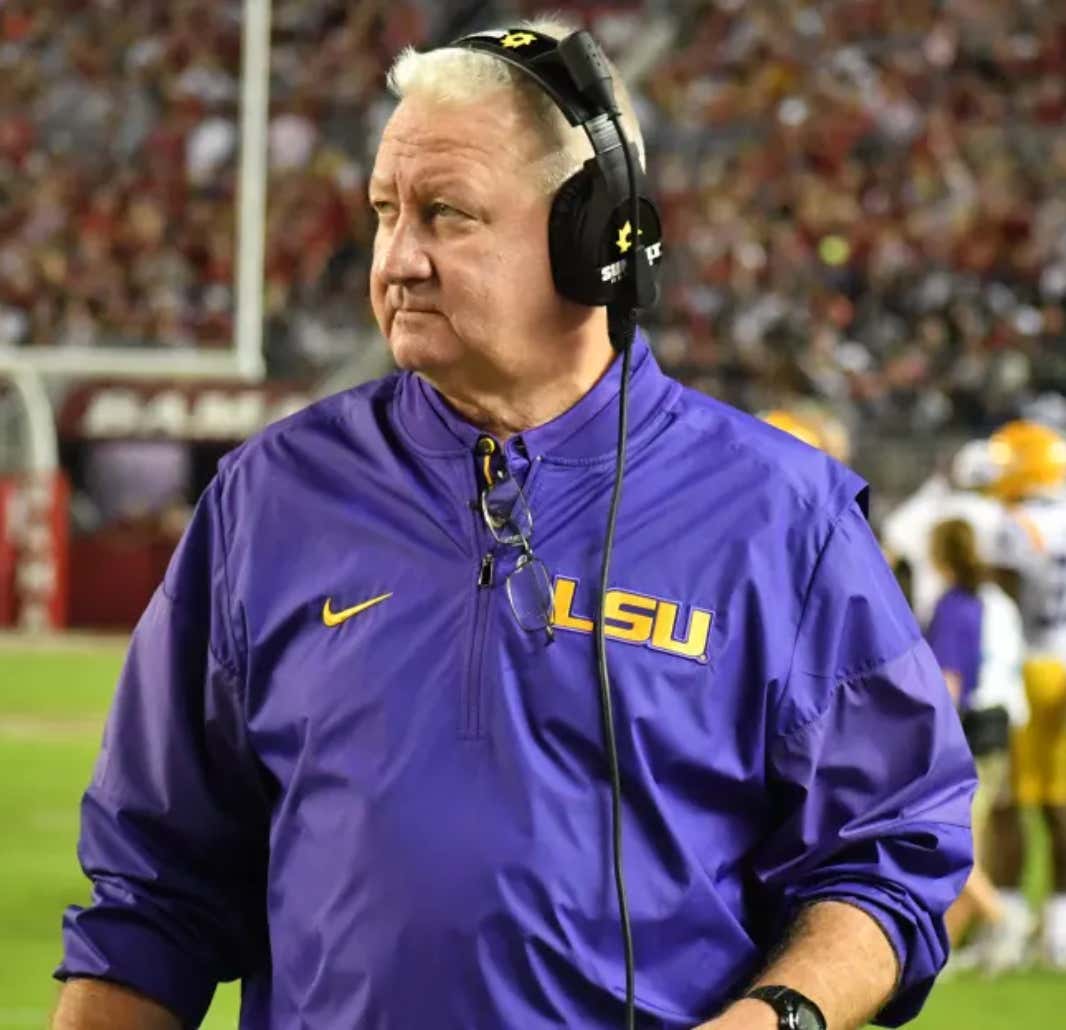 Ed Orgeron/LSU had a nasty breakup with offensive coordinator Matt Canada. The man God sent down to save LSU’s offensive woes parted ways with the Tigers after an agreement of $1.7 million to get as far away from LSU as possible.

Coach O decided to save the taxpayers of Louisiana little money and promote from within house with TE coach Steve Ensminger. He was the interim OC in 2016 while Orgeron was the interim coach, so it makes sense that Orgeron would feel comfortable with Ensminger at the helm. That and Ensminger is a certified #FootballGuy:

LSU Sports-“I don’t. It’s kind of like you just asking that question. I had a guy call me last night and say have you seen this in the paper? I said, ‘Hell no, I haven’t read the paper in 20 years.’ … I don’t read the damn paper. I don’t read Twitter. I don’t go on Facebook. I tell my family to stay off of it. All I can do is what I can do. I can’t let any outside influence say hey, well you’re not good enough. You can’t do this. … I’ll do it.”

Technically you do “read Twitter” but I’ve never heard a person under 50 use that phrase.

Ensminger may not be a great hire in terms of strictly football reasons, but man are Ensminger & Orgeron on the same page when it comes to being #FootballGuys. These are two guys who live for steak, late nights in the film room, and complaining about millennials. Ensminger is so anti-media that he doesn’t even show up for press conferences:

Without going on Twitter or Facebook, I’m not sure how Ensminger will keep up his reputation as the “main quarterback recruiter.” Can’t imagine he’s great at iMessage or Instagram either. Going back to recruiting via fax and letters. That’s how LSU will finally land a great QB recruit to lead them to the glory land that has eluded them since 2007.

I do love this tie: 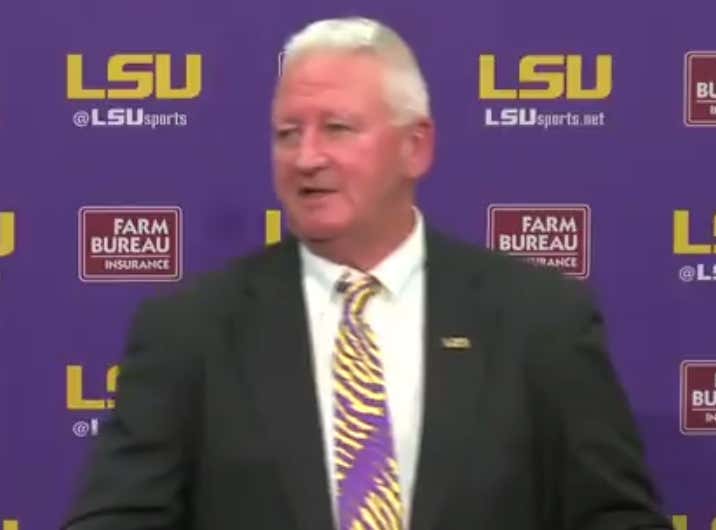 I would pay to see him and Coach O head to toe in LSU zubaz: 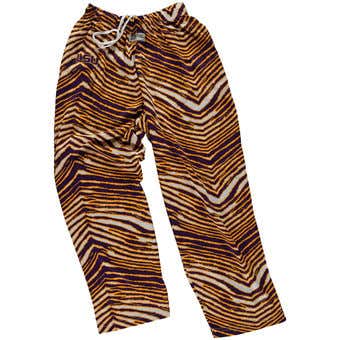