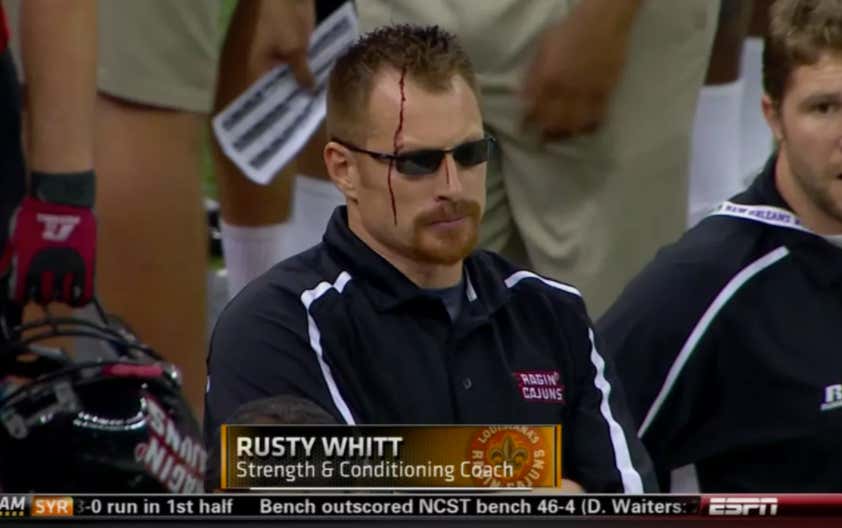 Welcome to the off-season. Players are just getting back on campus after a couple weeks off from school and football during winter break. Because the NCAA is dumb and restricts interaction between main coaches and players during this point of the off-season, the players are left under the supervision of one man: their strength and conditioning coach. As the coaches are out recruiting, players are required to show up to early morning weight lifting sessions conducted by, who same say, are the craziest people in the world of sports.

You can’t really call strength coaches “#FootballGuys,” but the way they think, motivate, and set rules are incredibly similar. Need an example? Look no further than Florida: 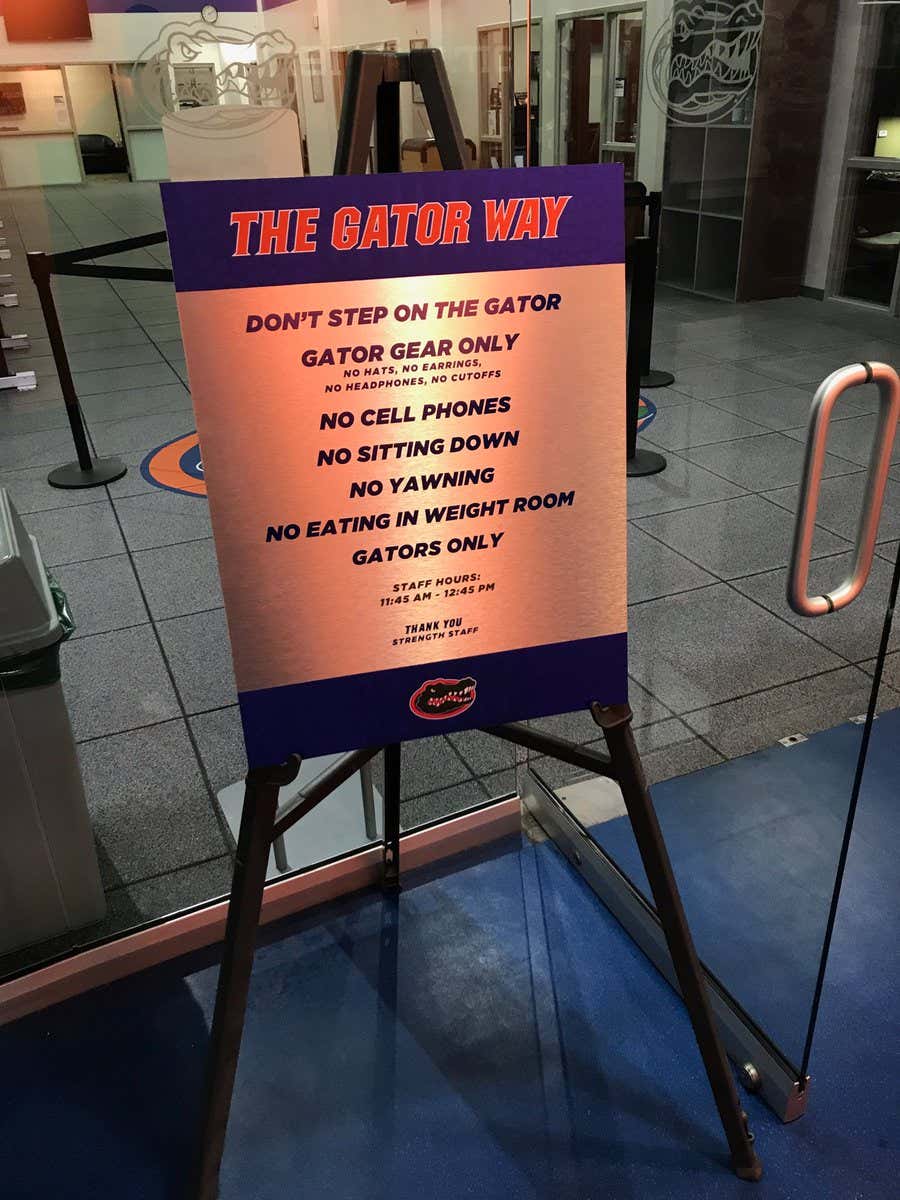 “Don’t step on the Gator:” Never, ever, in my life have I understood the phenomenon behind “not stepping on your team’s logo” in locker rooms and weight rooms. I know I’m just a NARP who blogs about sports on the internet and haven’t been a part of a “real team, so [I] wouldn’t understand,” but why do you have to avoid the logo on the floor that’s in the middle of the room? Doesn’t that seem like a little bit of architectural oversight? I wouldn’t put something in the middle of a floor that I couldn’t walk on and I’m pretty sure 99.9% of the world wouldn’t either. Look at the photo above. They have it roped off from the entire room! There’s a lot of dumb in sports, but this is definitely at the top of the dumb list.

“Gator gear only: no hats, no earings, no headphones, no cutoffs:” Okay, no hats seems fair. No earings, also fair, you don’t want them falling off mid-workout. No headphones makes sense, if you are with your team you don’t want to be listening to personal music. No cutoffs also ma…..wait, no cutoffs? Come on. How are you supposed to show off the guns to impress the cute trainer if you can’t wear cutoffs?! I thought Florida was supposed to be a state with lax gun laws.

“No sitting down:” Fair.

“No yawning:” Didn’t realize this was something you could control, but whatever.

Reminds me of how Vince McMahon doesn’t like to/have people sneezing around him because he thinks it shows a lack of discipline:

Only crazy people believe stuff like this and Vince McMahon is the craziest of them all.

“No eating in the weight room:” I guess it’s fair to say University of Florida’s weight room is no Planet Fitness: 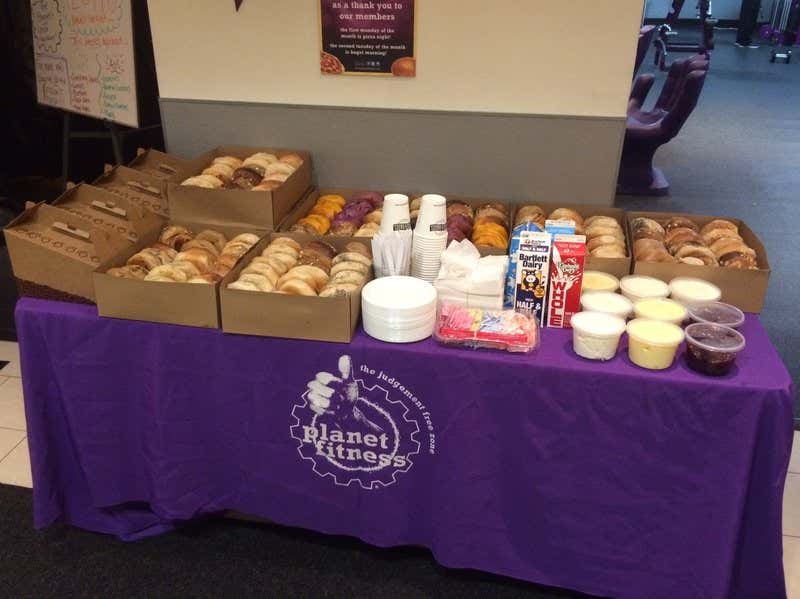 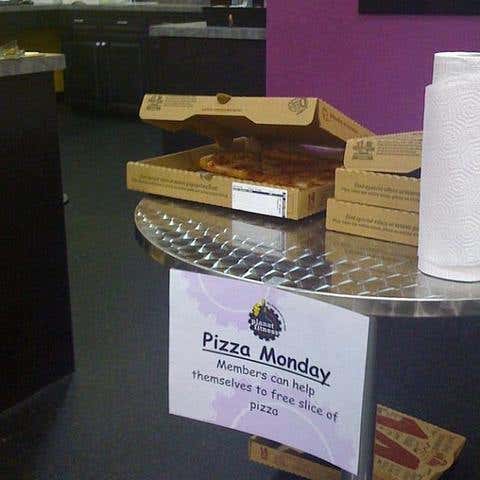