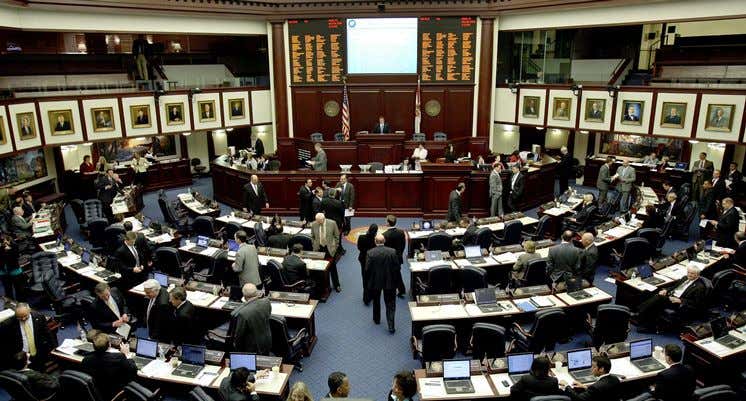 Tampa Bay Times-now there’s a bill filed in the Florida Legislature to create a specialty license plate honoring the University of Central Florida as national champions. Yes, legislation. (Never mind those pesky real world problems that lawmakers could be addressing, this is college football.)

“As a UCF alumnus representing Florida House District 49, the ‘UCF District,’ I am incredibly proud of our national champions,” said Rep. Smith. “A UCF license plate is the perfect way to commemorate our undefeated Knights for achieving this historic milestone.”

Rep. Chris Latvala, R-Clearwater, has also signed on to the bill. He is a UCF graduate.

“UCF’s football team had a historic season this year,” said Rep. Latvala. “No others went undefeated, and we have a legitimate claim to the national championship. Thank you to Representative Grant for adding this amendment. Charge On!”

Look at that beautiful license plate. Who cares that there are pressing issues in the state of Florida right now? Time to discuss issues that everybody cares about. No, no, not that pending federal government shutdown that maybe the Florida House should be discussing, I’m talking about the quest to recognize UCF as national champions of the free world.

If you are looking for a salty Auburn fan just listen for the guy who is bringing up how Alabama has a “long history of making up national championships.” Normally I would look at somebody saying Alabama is “claiming to be national champions” and tell them to go drink some milk and then go to the doctor’s office, but if it comes from the mouth of an Auburn fan I just have to bow my head in respect to the commitment to hate. You must disrespect your rival at all times.