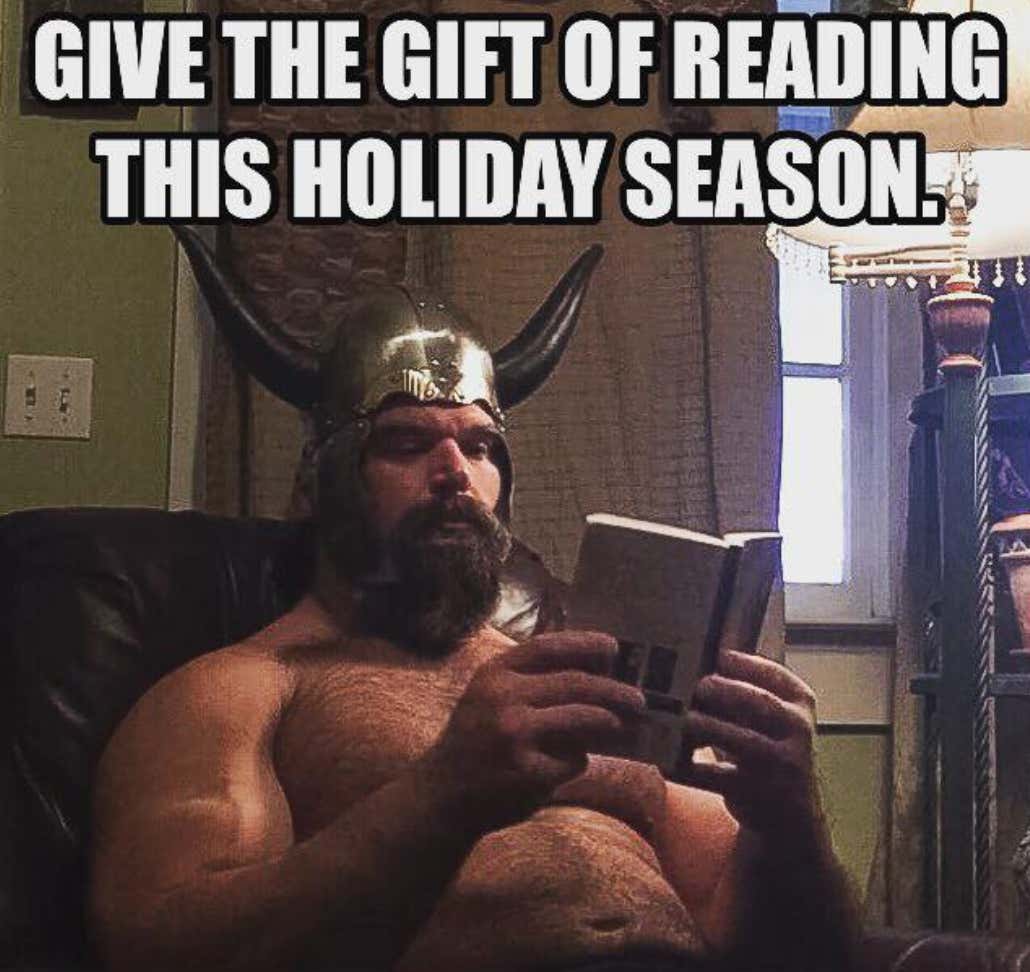 Georgia Tech has been stuck in the Russell pit of misery for the past few years: 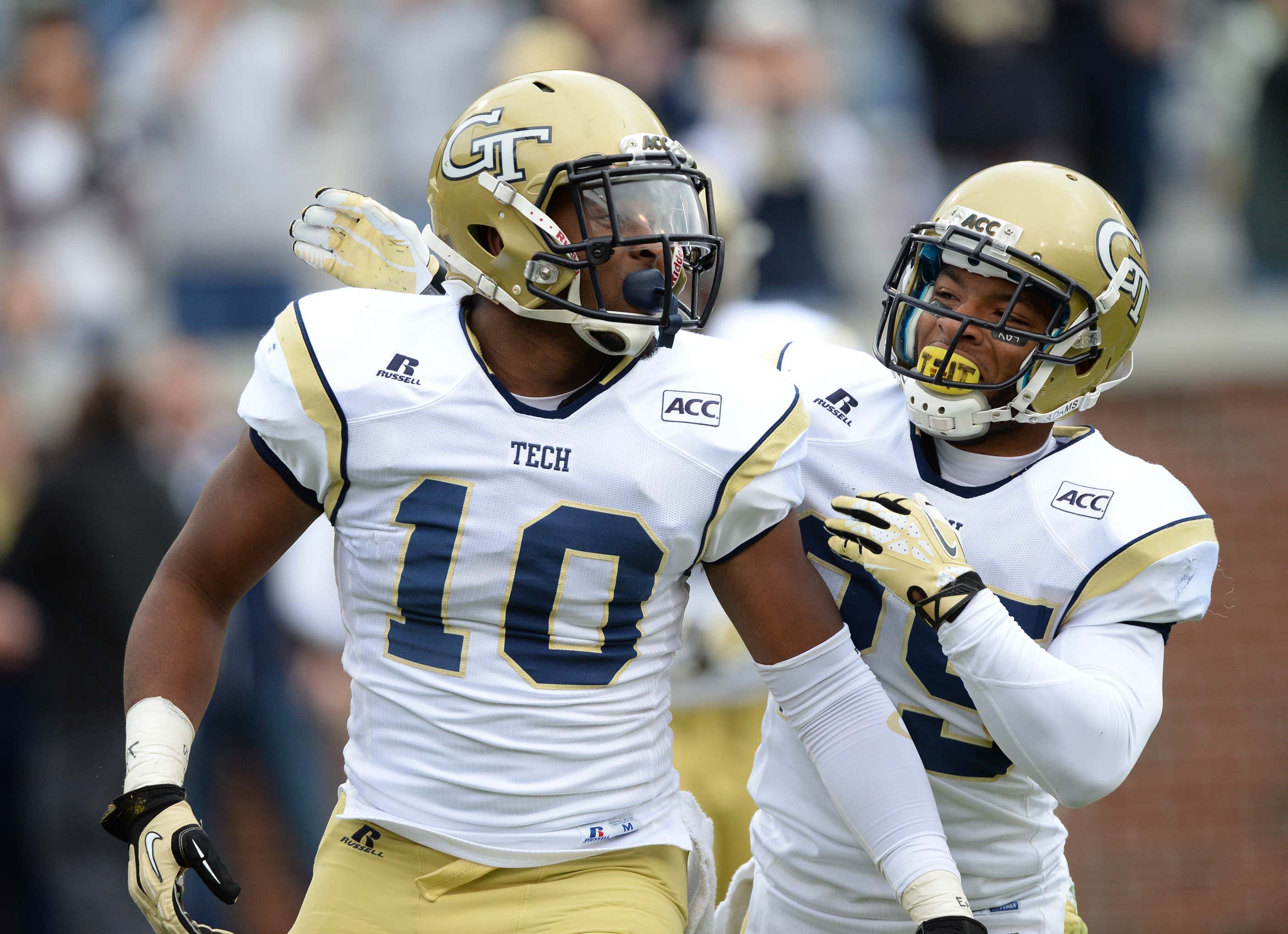 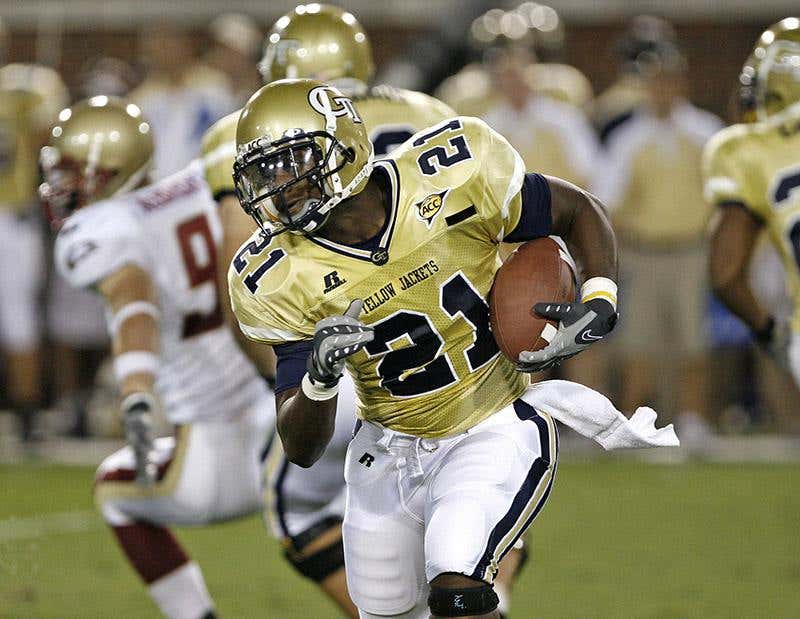 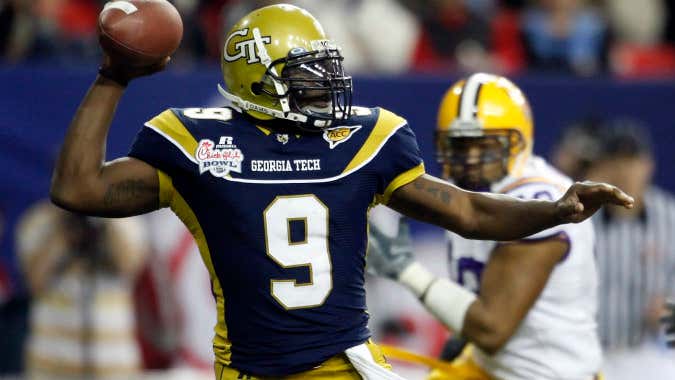 Disgusting jerseys. I don’t think I’ve seen any Russell apparel outside of Georgia Tech games for the past 5 years. Russell produces such bad athletic apparel, my High School football team decided to get away from it 4-5 years ago. Obviously, we didn’t have a signed contract with Russell, but the point still stands. Thankfully, Georgia Tech is getting out from under their Russell deal this year. Along with signing with Adidas, GT is getting a new locker room:

Rambling Wreck-Georgia Tech has begun a $4.5 million renovation to its football locker room, a project that will transform the Yellow Jackets’ 15-year-old locker room into one of college football’s most state-of-the-art dressing areas.

To destroy their old one, player development coach (fancy word for strength coach) Zach Reed grabbed a hammer and went to town:

Look at this guy: 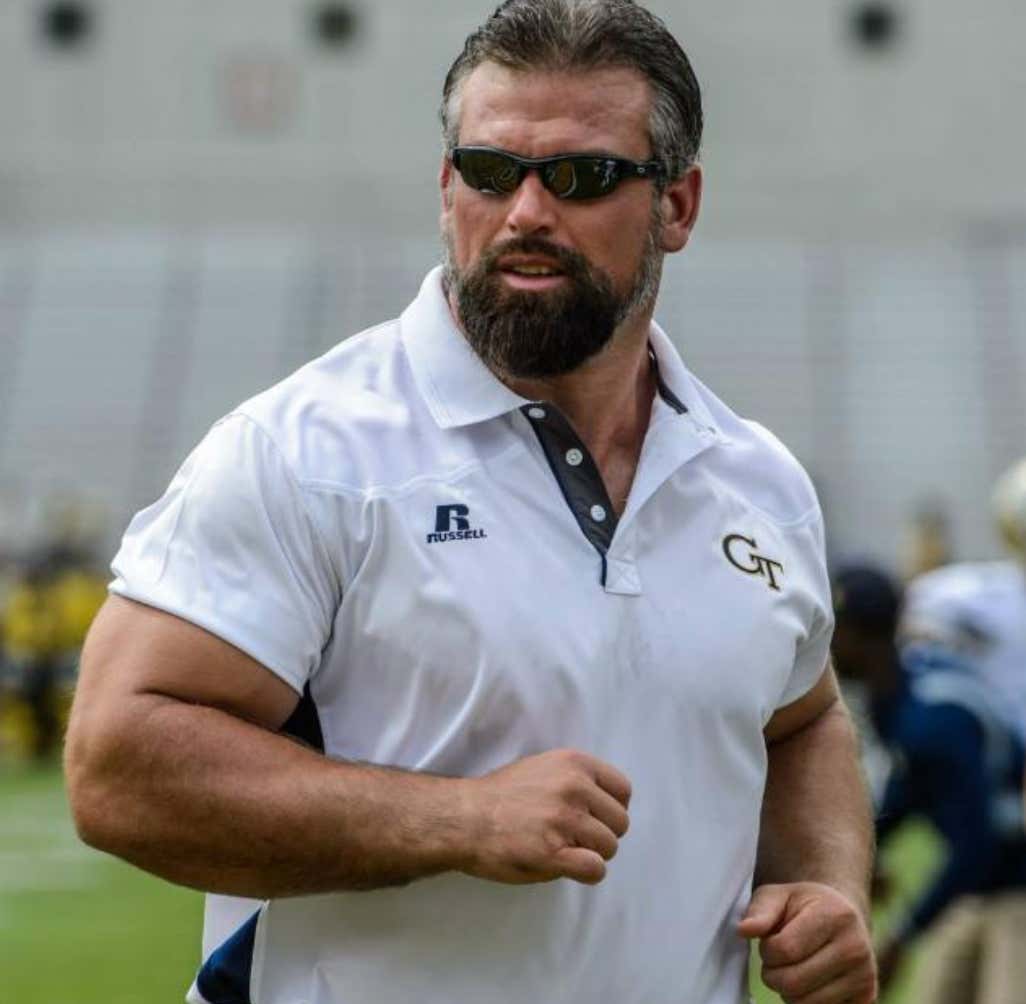 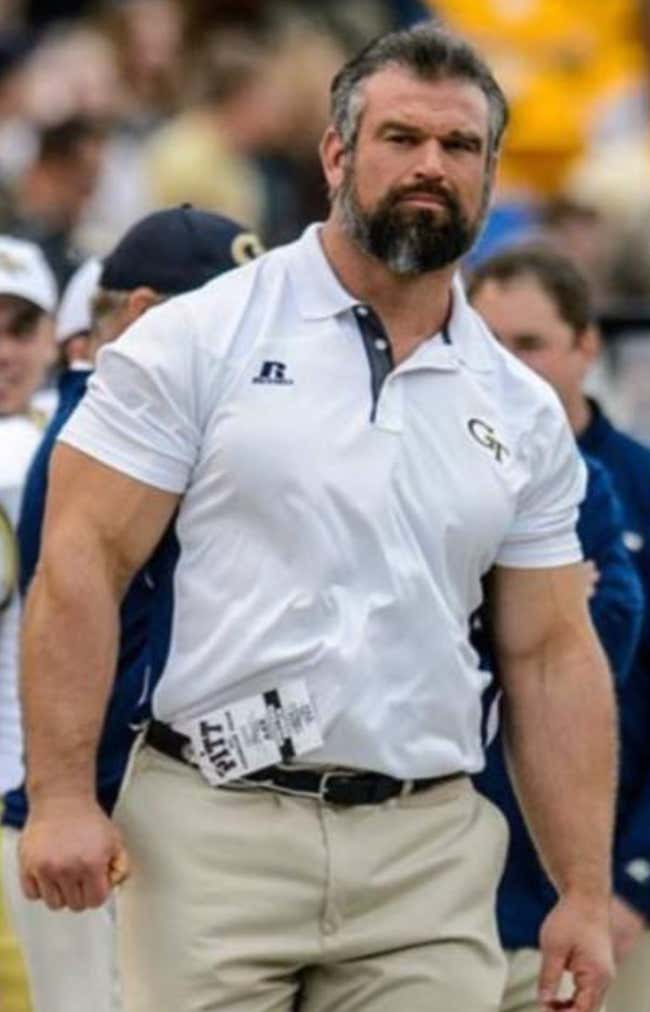 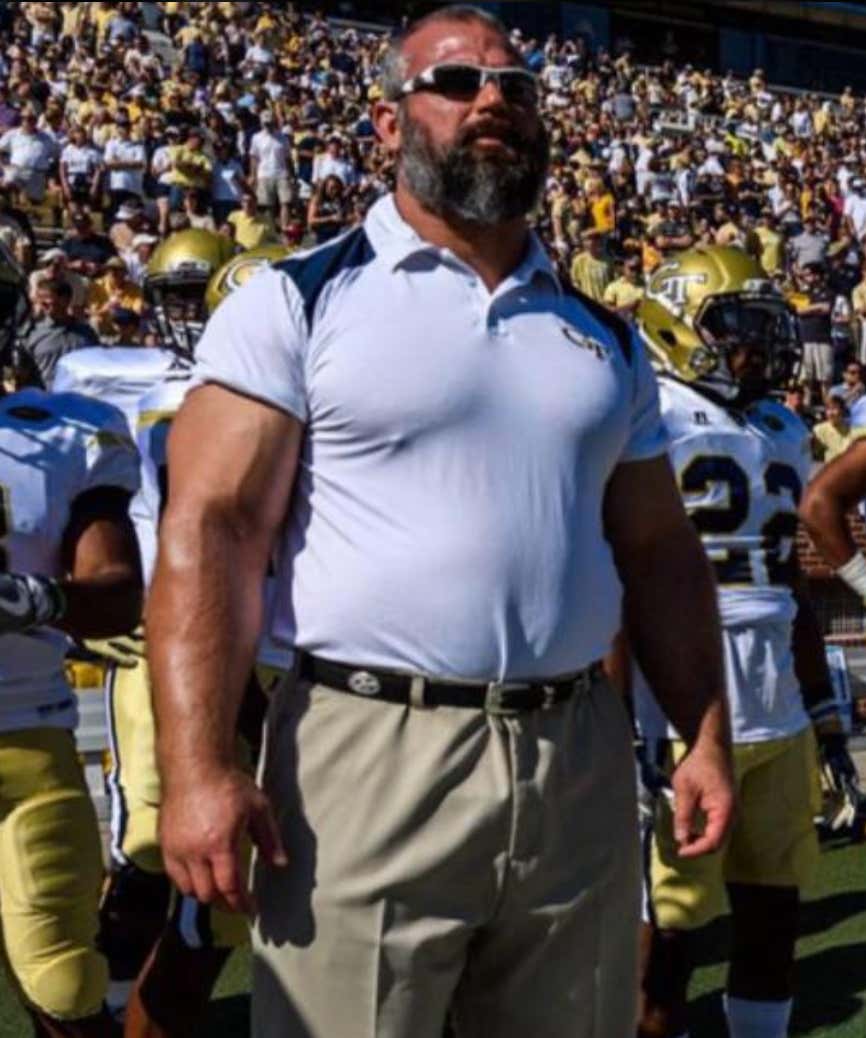 “I heard there was a problem with getting out of the Russell deal?” 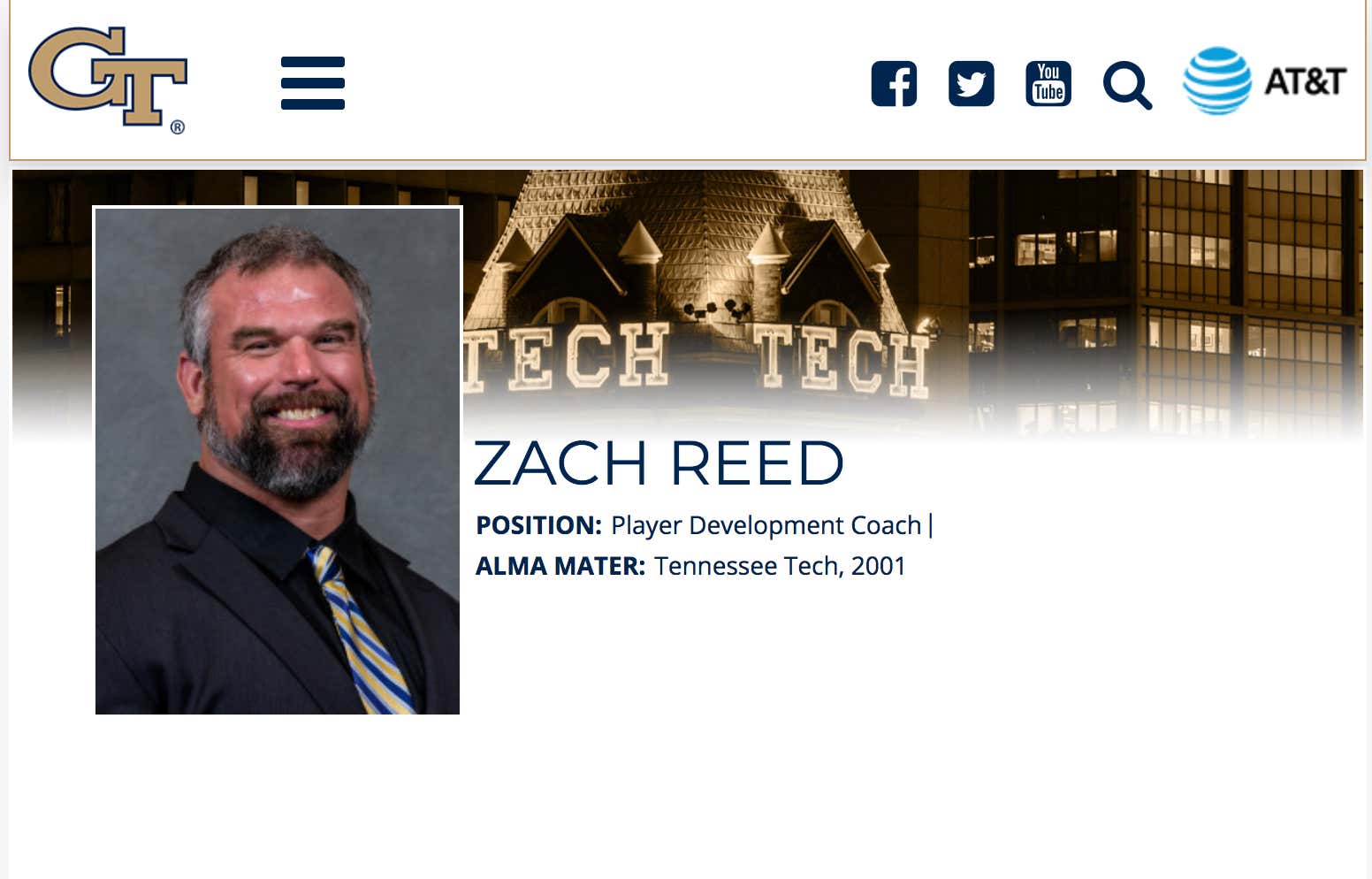 Little known fact about Kennesaw, Georgia: if you live there, you must own a gun. That is, off course, except for the king of schmediums, Zach Reed: 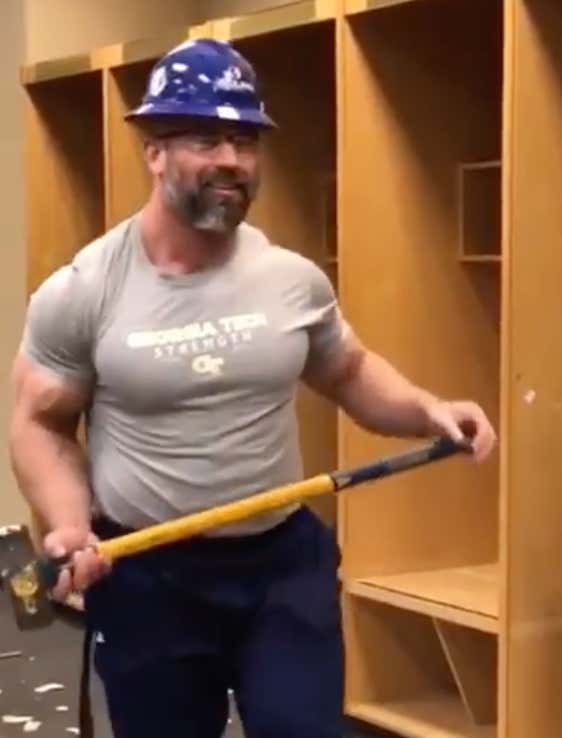 P.S. Throwback to when Tom Herman (tried) to go to town on Texas’ locker room: