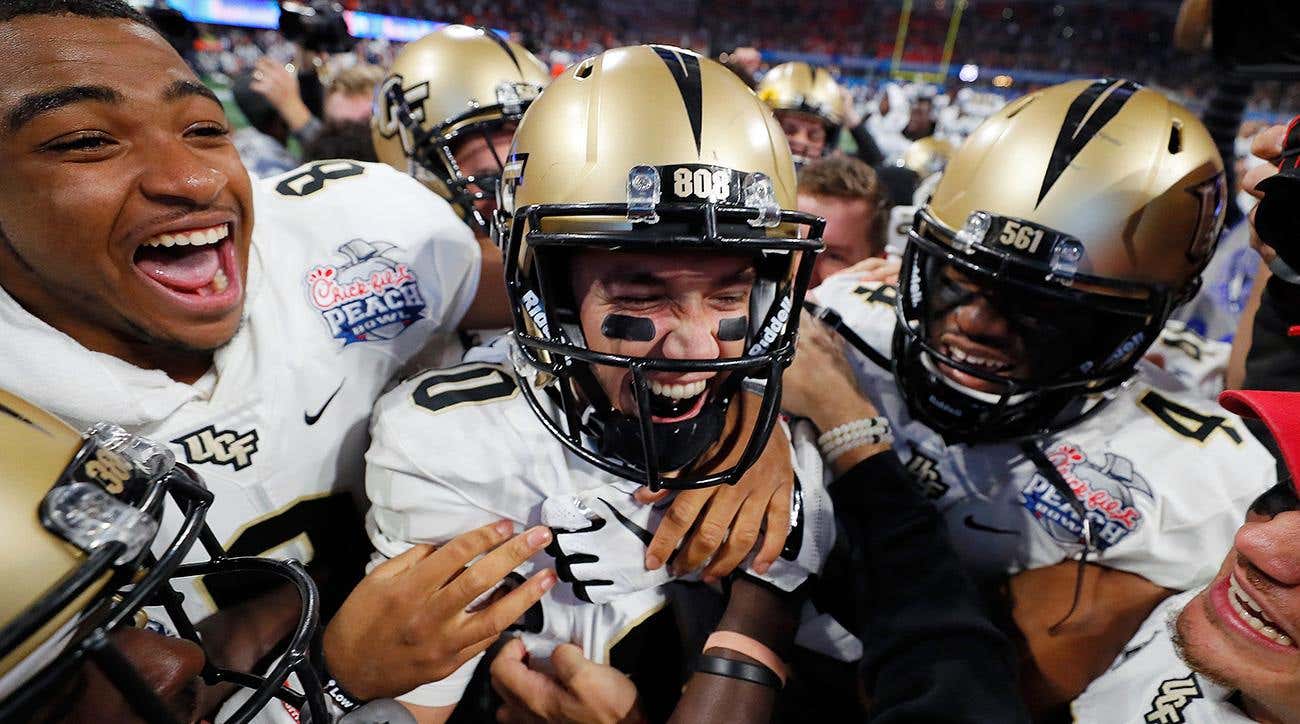 Yesterday was the best game of the football season: the NFL PRO BOWL. Although the fans tuned in to see Derrick Carr sling the ball around the field, the most entertaining part of the game may have happened in between the whistles:

Yes, that is UCF celebrating their national championship they didn’t win. Not that big of a deal, just a program attracting attention while having a little fun. Here’s the thing about the internet: you aren’t allowed to have fun. There will always be someone ready to rain on the parade:

Damien Harris, Alabama RB, was more poking fun at this than anything, but he inspired the Alabama faithful to grab their tiki torches and go to work:

Laughed out loud when I saw this. This guy was so not triggered that he had to let this guy know he wasn’t triggered. I think the “I’m not triggered! How dare you say I’m triggered!” is one of the best parts of Twitter.

Those photoshop skills in Alabama>>>>>>