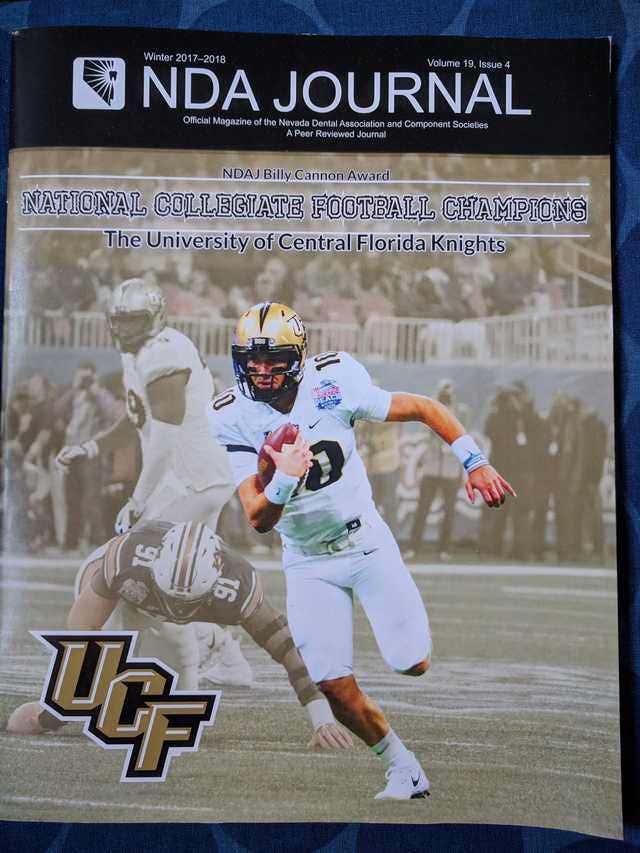 The UCF national champion debate has been going on since their victory over Auburn on January 1st. There have been block parties, banners raised, internet trash talk, official licence plates made, and Blake Bortles backing claims:

It’s been a very fun month for UCF, but a criticism against the national championship claims are the lack of legitimacy. That was until TODAY:

That’s it. Game over. Time for Alabama to hand over the trophy to UCF. The dentists of Nevada have SPOKEN. Paul Finebaum and the rest of SEC Network can’t make any more jokes. Their time has come and gone. Time for some new material, because once the Nevada dentists speak, everything goes out the window.

The Nevada Dental Association has been naming champions throughout the 21st century: 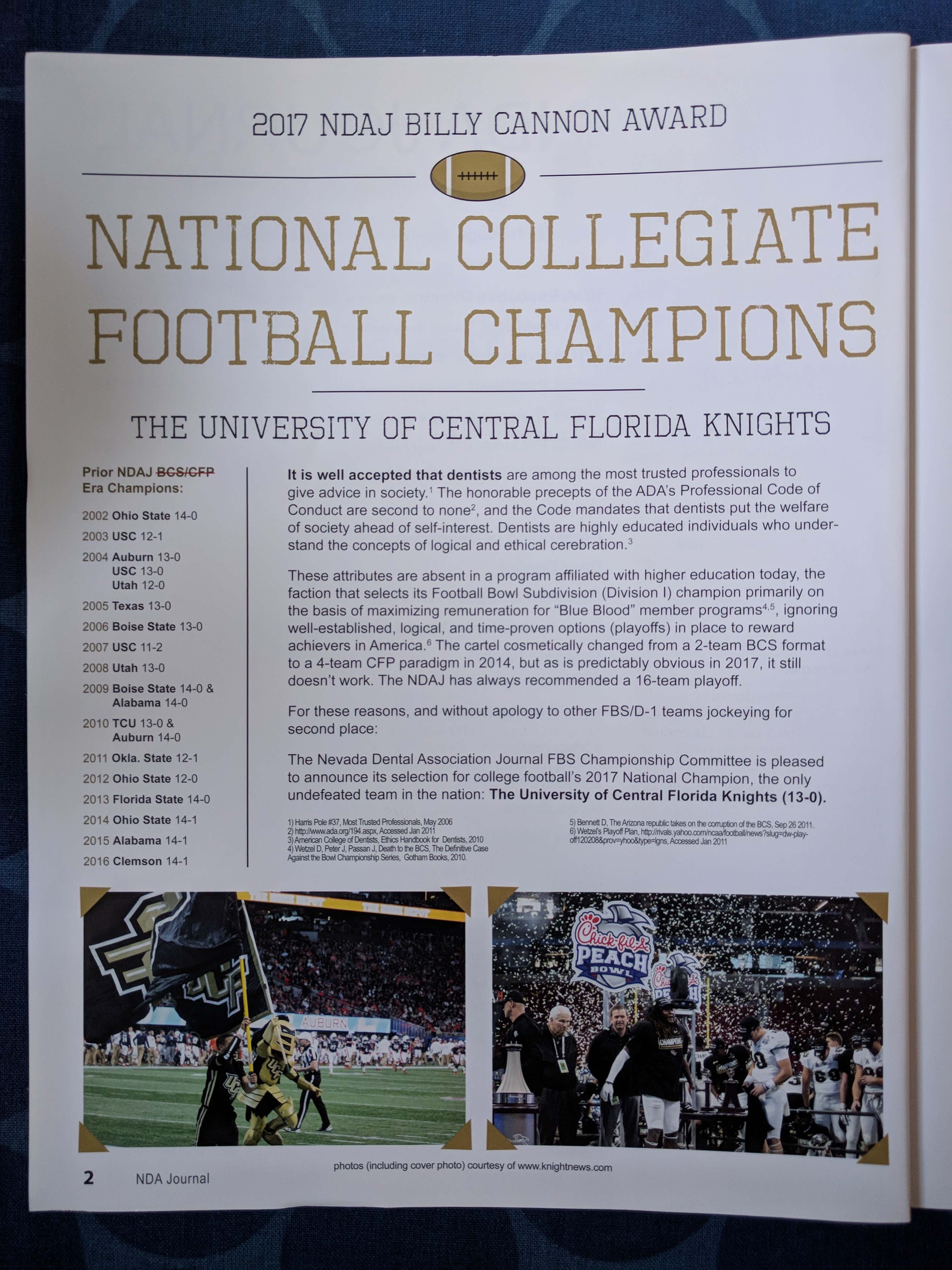 It’s a real shame that the NDA doesn’t have a blog with video content because the first two paragraphs on the second page of their annual national championship edition of the journal contains one of the greatest promos I’ve ever seen. Vince McMahon should put a mic in these guys hands, because I see a couple of young Stone Cold Steve Austin’s and Rock’s over there in Nevada:

It is well accepted that dentists are among the most trusted professionals to give advice in society. The honorable precepts of the ADA’s Professional Code of Conduct are second to none, and the Code mandates that dentists put the welfare of society ahead of self-interest. Dentists are highly educated individuals who understand the concepts of logical and ethical celebration.

These attributes are absent in a program affiliated with higher education today, the faction that selects its Football Bowl Subdivision (Division 1) champion primarily on the basis of maximizing remuneration for “Blue Blood” member programs, ignoring well-established, logical, and time-proven options (playoffs) in place to reward achievers in America. The cartel cosmetically changed from a 2-team BCS format to a 4-team CFP paradigm in 2014, but as is predictably obvious in 2017, it still doesn’t work. The NDAJ has always recommended a 16-team playoff.

I don’t think anything more has to be said. UCF is the champion of champions. If you refute it, I don’t know what to say to you outside of the fact that you are an ANTI-DENTITE: