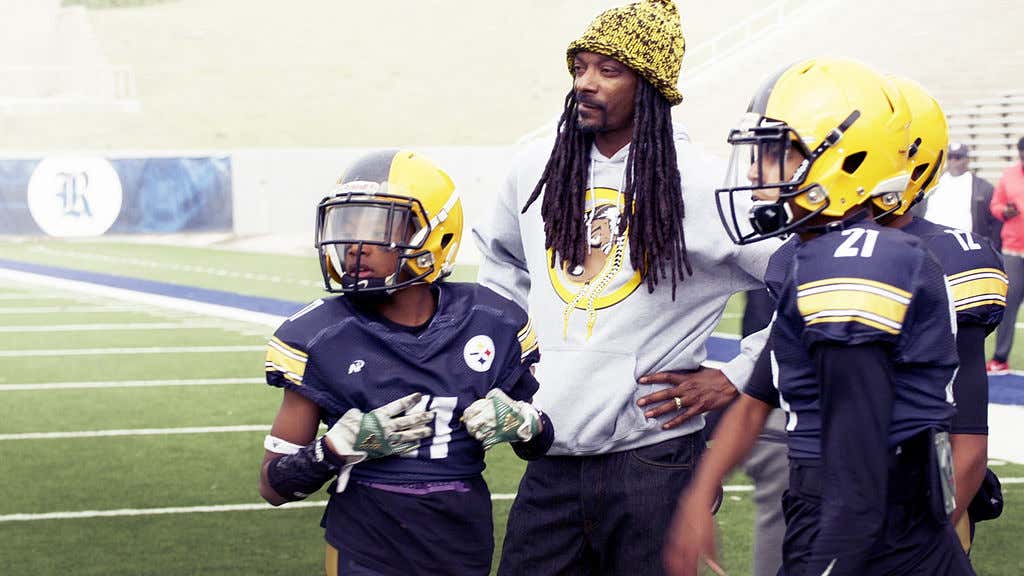 Grab your chinstraps, the #WarOnFootball is UPON US:

The lawmakers cited studies that have shown Chronic Traumatic Encephalopathy (CTE) is caused by repetitive impacts to the head sustained over a period of time. They said children who play contact sports during their most critical years of brain development are at a significantly greater risk for neurological impairments and CTE later in life.

Now it’s time for me to go on a “pussification of America” rant, right? First, they take away our youth football, next they are going to turn this beautiful capitalistic country into a communist’s utopia. It’s a slippery slope, Pawl, it’s a slippery slope I’ll tell ya!

Removing the scorching hot takes and looking at this from an unbiased position (psh, like that’s possible), is this truly a bad idea? A Mount Rushmore #FootballGuy Jim Harbaugh has advocated for it:

Dayton Daily News-“I always encourage youngsters in America to play soccer,” Harbaugh told reporters in Ann Arbor. “I think every American boy should play soccer till the eighth grade, then they should play football – American football.”

Maybe having kids ditch the helmets and pads and playing flag football until they are in high school isn’t a terrible idea? Constant banging of heads with Jimmy from down the block can’t be good for overall brain health.

“The science is clear: head injuries sustained at a young age can harm kids for the rest of their lives,” Gonzalez Fletcher said in a statement. “Developing skills through flag football before high school is sound public policy from a health and safety standpoint.”

Science is confusing. My philosophy is to let the guys and gals who get paid the big bucks deal with that. “The science is clear” is a bold statement for any non-scientist to make. As it turns out, Mrs. Gonzalez Fletcher, the assemblywoman/non-scientist who proposed the bill, saying such a statement is factually wrong:

Star Tribune-The scientific evidence linking youth casual sports play to brain injury, brain injury to CTE, and CTE to dementia is not strong. We believe that further scientific research and data are necessary for accurate risk-benefit analysis among policymakers for two reasons.

That comes from a recent article published in the Star Tribune by three scientists after the California bill was proposed:

To be clear, CTE pathology could be present in a normal person.

The article by these three scientists was signed off by multiple other professionals in the field, including Gary S. Solomon, “professor of neurological surgery, associate professor of orthopedic surgery and rehabilitation and psychiatry and behavioral sciences; co-director, Vanderbilt Sports Concussion Center at the Vanderbilt University School of Medicine.” So, actually Mrs. Gonzalez Fletcher, it turns out the science isn’t clear.

I most likely wouldn’t consider letting my child play football until he was in high school, but I’m 21-years-old, so I know as much about parenting as Mrs. Gonzalez Fletcher apparently knows about science. There is a lot to consider, but there is a time and a place for that if such a problem presents itself. BUT I want to be the one considering that, not have the government make that decision for me.

This is a slippery slope that these two assembly members have gone down. They may seem high and mighty for proposing such a bill, but if you are going to ban football, then you have to start making decisions on sports like soccer, wrestling, hockey, basketball, etc. Studies have shown girls soccer has more head injuries than football. What are you going to do, ban soccer as well? The decision should be left up to the parents. If anything, there should be a required session on concussions put on by every youth football league that one parent of a kid must attend in order for their child to play.

Stop wasting money on a sick sound system to a car when the engine doesn’t work. It doesn’t make sense.

P.s. Speaking of youth football, the latest show on Netflix, Coach Snoop, is the definition of a must binge: