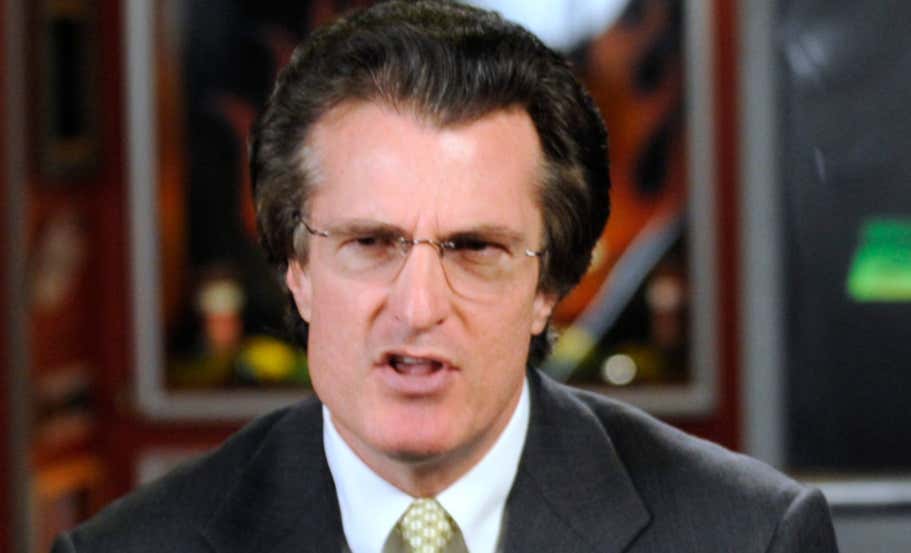 Mel Kiper Jr. had himself a little accident at the ESPN offices yesterday. According to a source close to the situation, as Kiper was preparing for his 8th Sports Center appearance of the day he reached for his hair gel and decided to refresh his Twitter feed before embarking on his 15-minute process of getting his hair Sports Center ready. After he did the ole command-R, this tweet popped up:

To say this was “the best 8 seconds of Mel Kiper Jr.’s life” would be an understatement. After cleaning up the mess with his box of Josh Allen tissues, Mel opened up his “CONFIDENTIAL: MOCK DRAFTS” folder. After sorting through Mock Draft 1.3 and 1.87, he opened up the much awaited “NOT DONE: Mock Draft 2.0″ document. This pass from Allen was all he had to see. Anybody with the h ands of Josh Allen (you know what they say about big hands!) and a rocket arm that can make the elusive “hit the crossbar from 50-yards out while on his knees” throw deserves the ultimate honor, #1 pick in a Mel Kiper February Mock Draft:

You may be thinking….what?! Josh Allen? The guy who completed just 56% of his passes over the past two seasons for Wyoming in the Mountain West Conference….?! Didn’t he win just 15 games against FBS opponents in his career? Your concerns are legitimate, but remember….stats are for losers:

Stats are for losers, especially for someone who can throw as good as Josh Allen can in shorts. Also, look at the history of great QBs drafted in the first round making PHENOMENAL throws from their knees: