In the SEC, we know #ItJustMeansMore, but how much more?! Supporting your team as you stroll into jail? That much? 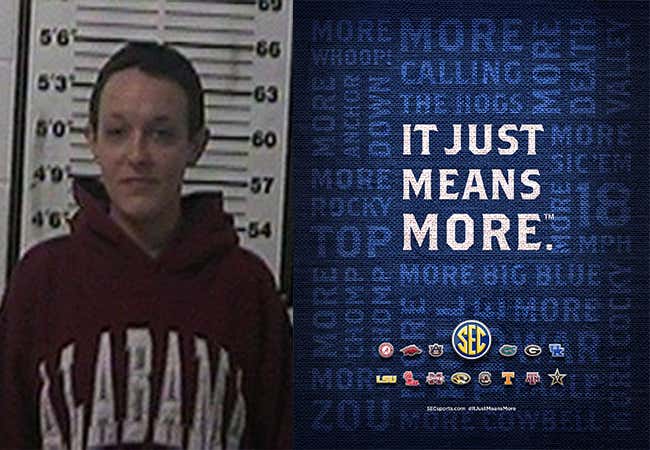 Fox 13 Memphis-Jolona Nicole Lambert glued pages together and put the cocaine in between. She then tried to bring it into the jail, but was stopped.

It is not clear how much cocaine the sheriff said she put between the pages, or the size of the Bible.

Jolona is not a name you hear every day. Now that I think about it I don’t think I’ve ever heard that name.

She was booked in Alcorn County Jail which is located in Corinth Mississippi. What does this say about Nick Saban and Alabama struggles against Ole Miss over the past few years? Even with Hugh Freeze gone, Alabama is still struggling to get past those Mississippi defenders I guess.

Jolona’s attempt was no good, which again is another example of Alabama struggling with putting the ball through the uprights:

Even with the man up top on their side! Unbelievable!

Our friends down south in Alabama have been involved with more than a few arrests over the years. From #LivePD:

To the local news:

To the most famous words ever spoken:

P.s. When you type in Jolona Lambert on Facebook this is the first thing that pops up: