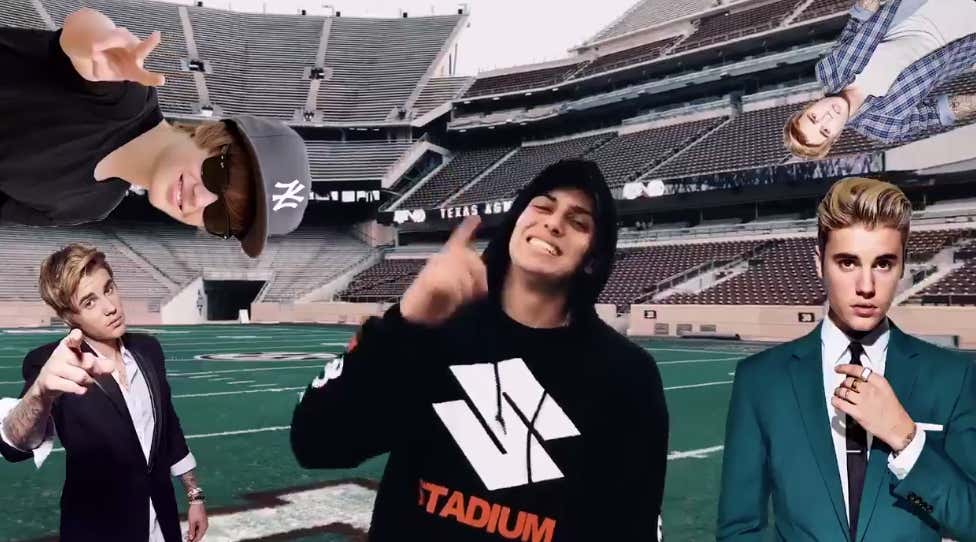 Nick Starkel is quite the character. Earlier this year he found himself a date through Twitter:

He infamously wore a Justin Beiber shirt under his pads for a majority of the 2017 season: 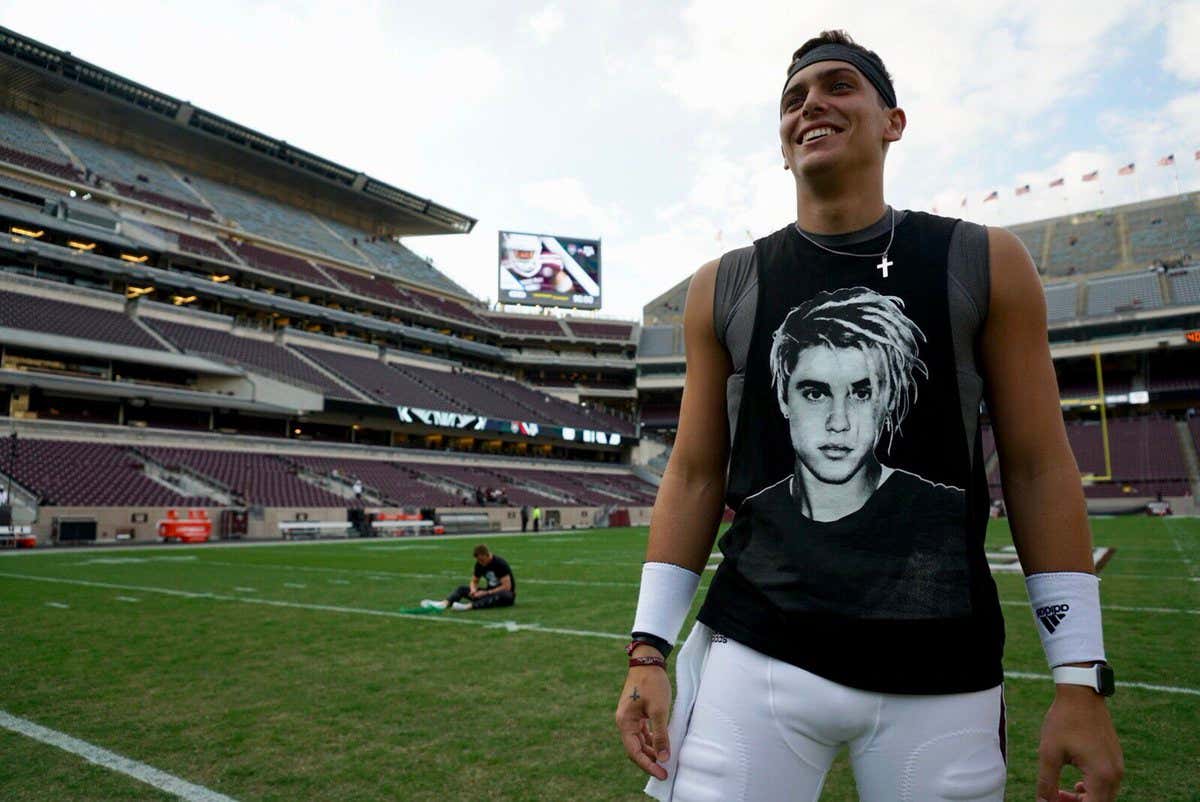 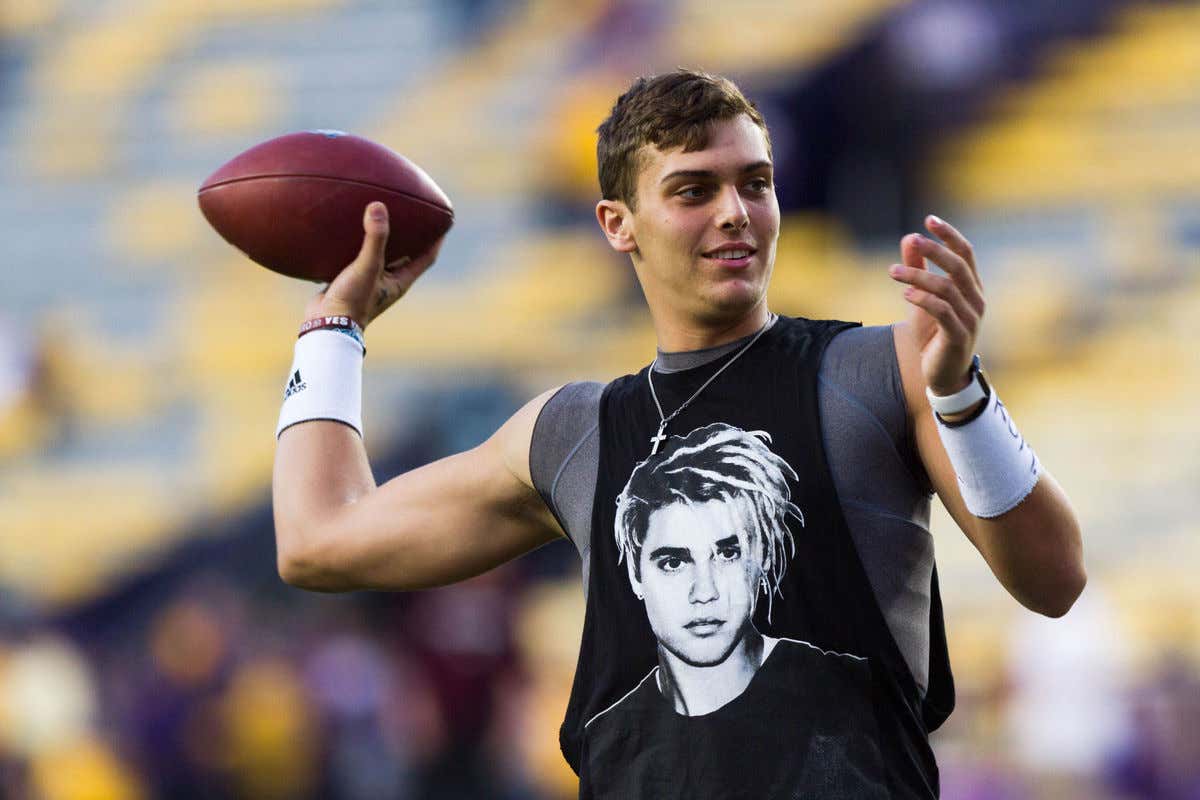 I would love to see Jimbo Fisher’s reaction to this video. “Hell I don’t even know what a Justin Bieber is. Does that have anything to do with my $75 million guaranteed? No? Ah then who the hell cares!”

Starkel will enter spring ball in a competition for his starting spot. I don’t think this will help him, but 2600+ RTs and 3550+ favorites is some serious clout. I guess you could say clout for the wrong reason is better than no clout at all. All about expanding the brand.

Why hit up one of the Texas A&M oil boosters to pay for your spring break to the Bahama’s, where you can tell girls you are an SEC QB and slay for 6 straight days when you can go and try to meet Justin Bieber! You may even get on the Ellen show! I’m sure no one in the A&M locker room think this is #suspect.

Very excited to have Texas fans talk about this video for the foreseeable future. That should be fun. Time for those two schools to play again. I know scheduling for college football takes centuries, but there has to be an exception to get Texas-Texas A&M on Thanksgiving night again over the god-awful NFL game.