Strength coaches are often referred to as the bloodline of college programs. During the offseason, they are the coach that is allowed to spend the most time with players and play a ginormous role in developing each and every player.

Strength coaches must be respected. Most of them are certified psychopaths. This makes sense because to get the most out of 18-year-olds you must make them feel that they will either accomplish the task or they will die. Gaining respect from 18-year-olds is also confusing. You must never show weakness or all respect will be thrown out the window. That’s why I’m concerned for Stanford’s Ross Jirgil:

(no one taught him how to tie a tie or button his top button apparently. COME ON CUZZO)

Ross appeared on the anti-Football strength guy show “The Bachelor” last night, trying to win back his ex, Becca. Apparently, Ross heard that Becca, who he dated for 7 years, was on the show. After learning that the winner gets proposed to, he dropped EVERYTHING and flew to Peru to try to win back Becca:

Ross claimed that he was “not here to be on the show,” which turned out to be completely false because the next 10-15 minutes consisted of a camera that followed Ross around to put him on the show.

To put this in further context, assuming Ross flew out of San Francisco’s airport, he flew SIXTEEN HOURS to Peru to try to win back Becca: 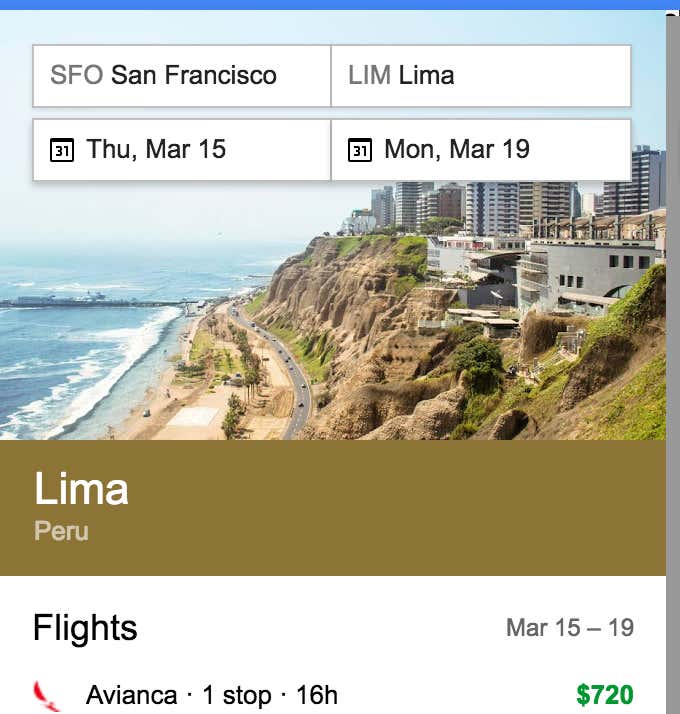 Ross, a true #alpha male, spent his initial time in Peru doing what you expected him to: talking to Arie, the current Bachelor (who has grey hair), about Becca:

After what should have been a fight to the death for Becca’s heart, Ross got to why he flew 16 hours to Peru.

Acting doesn’t seem to be in Becca’s future, because this performance of pretending that she didn’t know Ross was the one knocking on her door (she did, remember, this is The Bachelor we are talking about) was sub-par:

In the clip above, Becca spoke for around 27 seconds. In those 27 seconds, I counted three unneeded “like’s” from Becca. That’s an astounding one “like” per nine seconds. She even threw in a “no I can’t fucking do this.”

Things then got much more serious as Becca claimed that Ross is living his life like The Notebook, to which he responded “yes, yes I do:”

If I’m Stanford it may be time to let Ross go. I don’t want to see anyone lose their job, but I’m going to bet the entire Stanford team has/will see this performance by their strength coach. That memory will be in their mind and when Ross is yelling at them to do an extra rep in the squat rack, do ya think they are going to be motivated to do it? Hell no. This won’t have a massive effect, but it will have an effect.

Compare that to this guy: 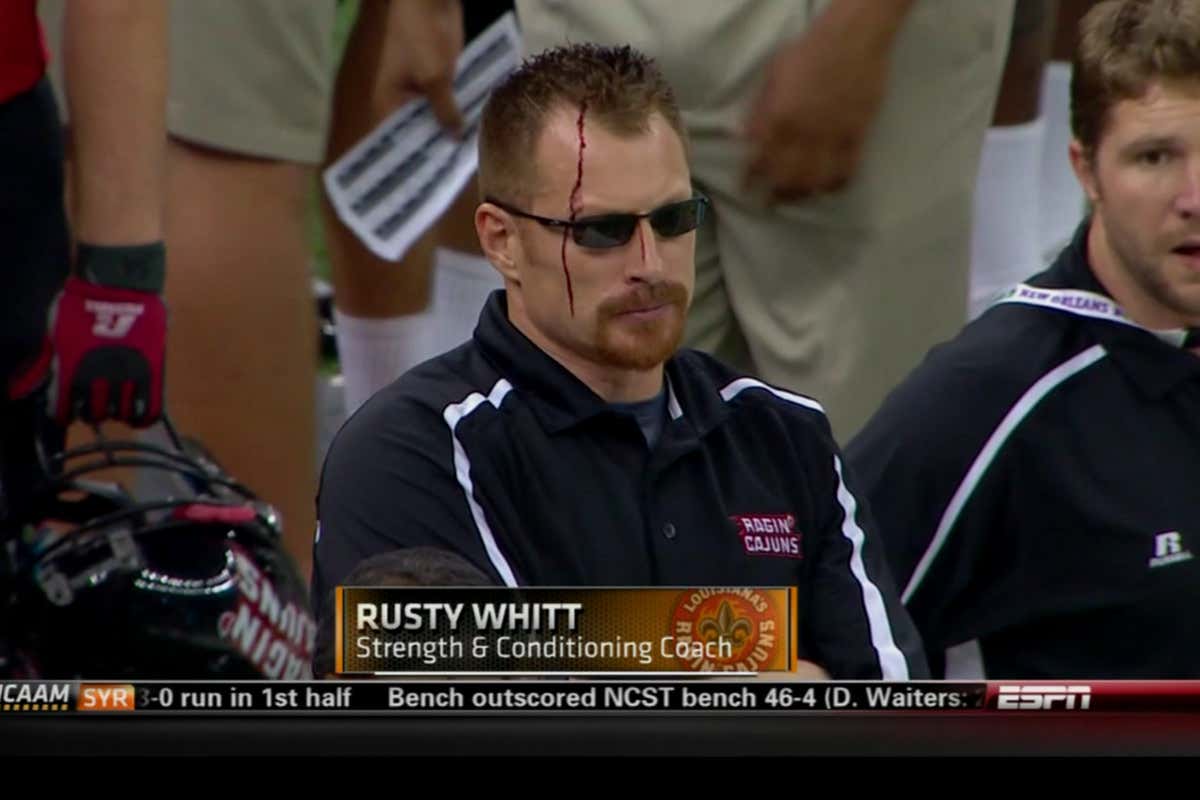 Last year, this motivational meme popped up on the internet: 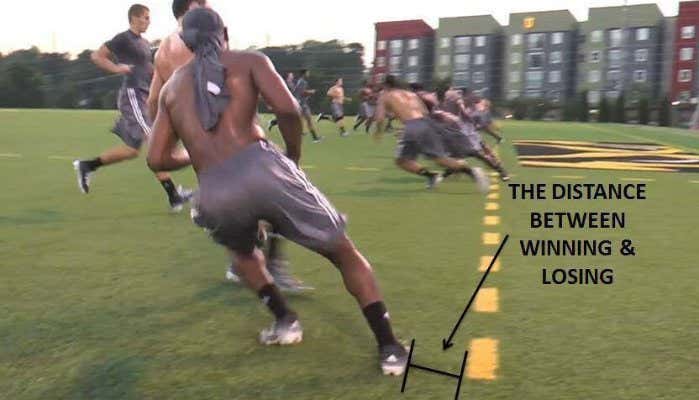 I follow a bunch of college football strength coaches on social media, so I saw this picture more times than once. This is the message that I want Stanford to think about when it comes to having Ross on your strength staff. Sure, this won’t be earth-shattering, but you are competing for national championships out there in Palo Alto. The difference between winning and losing a national championship may be your strength coach going on The Bachelor and your team, in turn, losing respect for him. That could be that little thing. You can’t take a risk like that.

P.s. if this happened in the SEC, Ross would’ve already been murdered. You think Harvey Updyke would approve of his strength coach on that show? Didn’t think so.