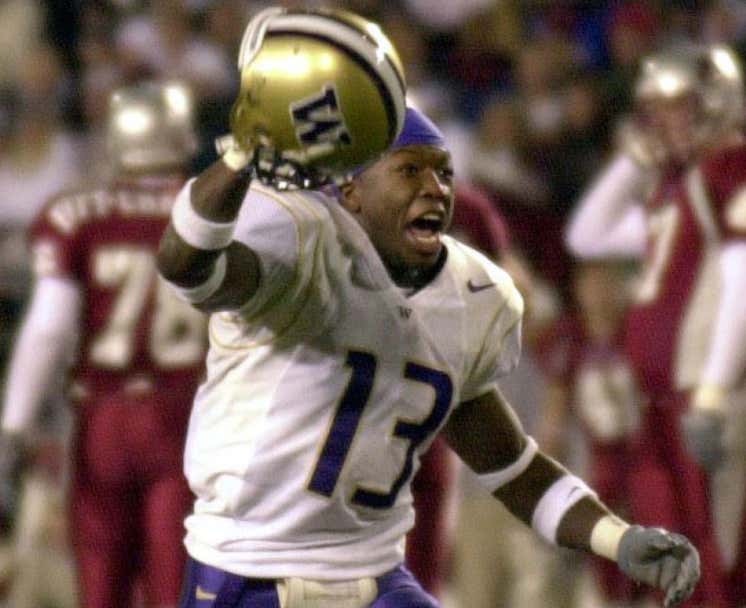 Since Yahoo released FBI documents on Friday, a lot of discussion in the college sports world has been centered around the issue of paying college athletes. A lot of basketball programs were implicated in the FBI documents. ESPN reported that Sean Miller gave DeAndre Ayton $100,000 to come to Arizona (it turns out that they may have gotten this story completely wrong, which surprises no one).

There was no mention of any football programs in the FBI report, but it’d be beyond naive to think that they weren’t getting paid. A lot of ex-players have weighed in, the latest being Nate Robinson:

SB Nation-When they fired Rick Neuheisel my freshman year that made it easy for me to make my decision to quit and go play basketball, which I wanted to do anyway. For my three years at UW, I had a booster offer me $100,000 per year to come back and play football because they needed Nate Robinson back on the football field because we weren’t winning any games, it wasn’t exciting.

But a booster came to me, my mom sat down and my mom was like, ‘That’s a lot of money.’ And she was looking at me like, ‘What you want to do?’ And I was like, ‘I want to hoop, I don’t want to take money from a booster and not knowing if this handshake is for us to keep this money, because people don’t do nothing for free.’ And that’s what my mom taught me. What do I owe you after this? My mom was just like, ‘What do you want to do? It’s up you. This is your life, not mine.’ I told my mom I going to have to kindly say ‘no thank you, but my dream is to play basketball and earn everything that I got.’

This is one of those stories that you leave thinking “oh yeah! That’s right! Nate Robinson did play football.”

Nate Robinson said this on his podcast, which is another thing I didn’t know existed, but we are at the point with podcasts where it’s more about who doesn’t have a podcast than who does.

Nate Robinson did play football at Washington for one year. He didn’t play that much, but did show potential his Freshman year. He returned 6 kicks for an average of 17 yards and had 2 interceptions, including a memorable one against Washington State in the Apple Cup (somehow no video of this on YouTube, smh internet!).

Anyhow, it’s kind of unbelievable that he was offered 100k, but who cares, this quote “For my three years at UW, I had a booster offer me $100,000 per year to come back and play football because they needed Nate Robinson back on the football field because we weren’t winning any games, it wasn’t exciting” is so absurd that I’m down with this story. I’m a big time sucker for those who refer to themselves in the third person while bragging. It gets me every time.

Nate Robinson has never once doubted himself. I’m not exeggerating. I honestly believe he thinks he could take LeBron James 1v1 right now. If you are wondering what he thinks he would’ve done in the NFL, here’s your answer:

Whatever you say, Nate. You are barely 5’9 and blocked Yao Ming, so you can say whatever you want. That’s how this world works.