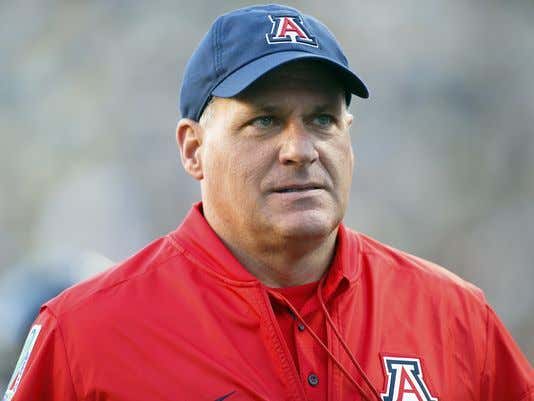 Back in Early January, Arizona canned Rich Rod after sexual assault allegation emerged. It later came out that Rich Rod was having an affair, and had his wife and girlfriend on the same sideline during games.

Since then, Rich Rod has sued Arizona:

Thanks to the claim of extortion, TMZ gave us this phenomenal headline: 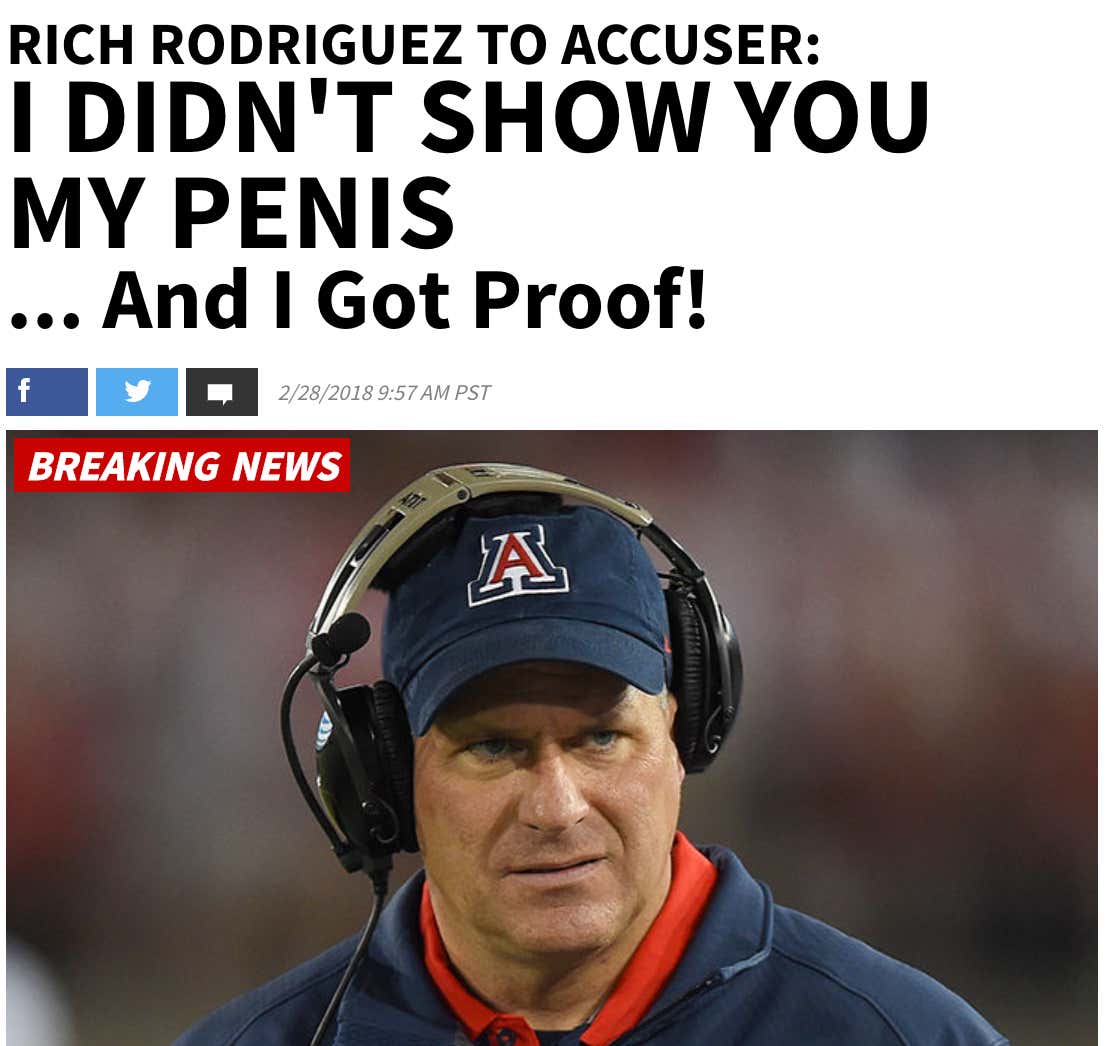 In the 290-page document, Rodriguez’s lawyers poke holes in Melissa’s most serious accusations — including the “shameless, outrageous lie” that RichRod began “grasping his penis beneath his basketball shorts” in a closed-door meeting.

His lawyers say Rodriguez took a “rigorous polygraph examination” administered by a member of the American Polygraph Association to fight this claim — and the results prove their client’s innocence.

Along with the 290-page document, Rich Rodriguez released his “Hideaway Book:”

AZ Central-A 2015 copy of the “Hideaway Book” attached to the legal responsegives staff and athletes advice on everything from game-day strategies to how to dress and behave.

Rodriguez tells them they must look sharp on and off the field. Never wear another school’s attire while in public.

“Wear as much Arizona attire as possible.” he instructs

The book contains what he calls “Golden Rules” for players, such as “Represent the program the right way — humble and hungry — in the way you act and the way you talk.”

The Hideaway Book was 100 pages, which you can read here if you are a psychopath. The highlight came on pages 41-43:

Just further proof that college football is pretty much the mafia. You can learn a lot watching The Godfather, but the number one takeaway is to never go against the family:

This is where Rich Rodriguez is getting most of the heat from. Telling your assistant coaches to “control the talk” of their wives is not the best look. Most likely this is a misuse of words, but Rodriguez should’ve probably just taken this part out of the “Hideaway Book.” A total of zero people would’ve noticed. I guess he doesn’t have much to lose at this point, as his reputation is pretty much ruined.

This rule is understandable. A lot of people are calling him a flaming sexist for it, but college football coaches spend time with four people during the season: other coaches, recruits, players, and their wives. Head coaches don’t want their assistant coaches to air dirty laundry going on in the program with their wife or anybody else. The media will run with anything, just a simple tweet can be blown out of proportion. Just ask Bret Bielema:

There is a scene in The Sopranos where Tony tells Carmella that Richie Aprile is “gone” after Janice shot and killed him.

College football and the mafia. The same thing.