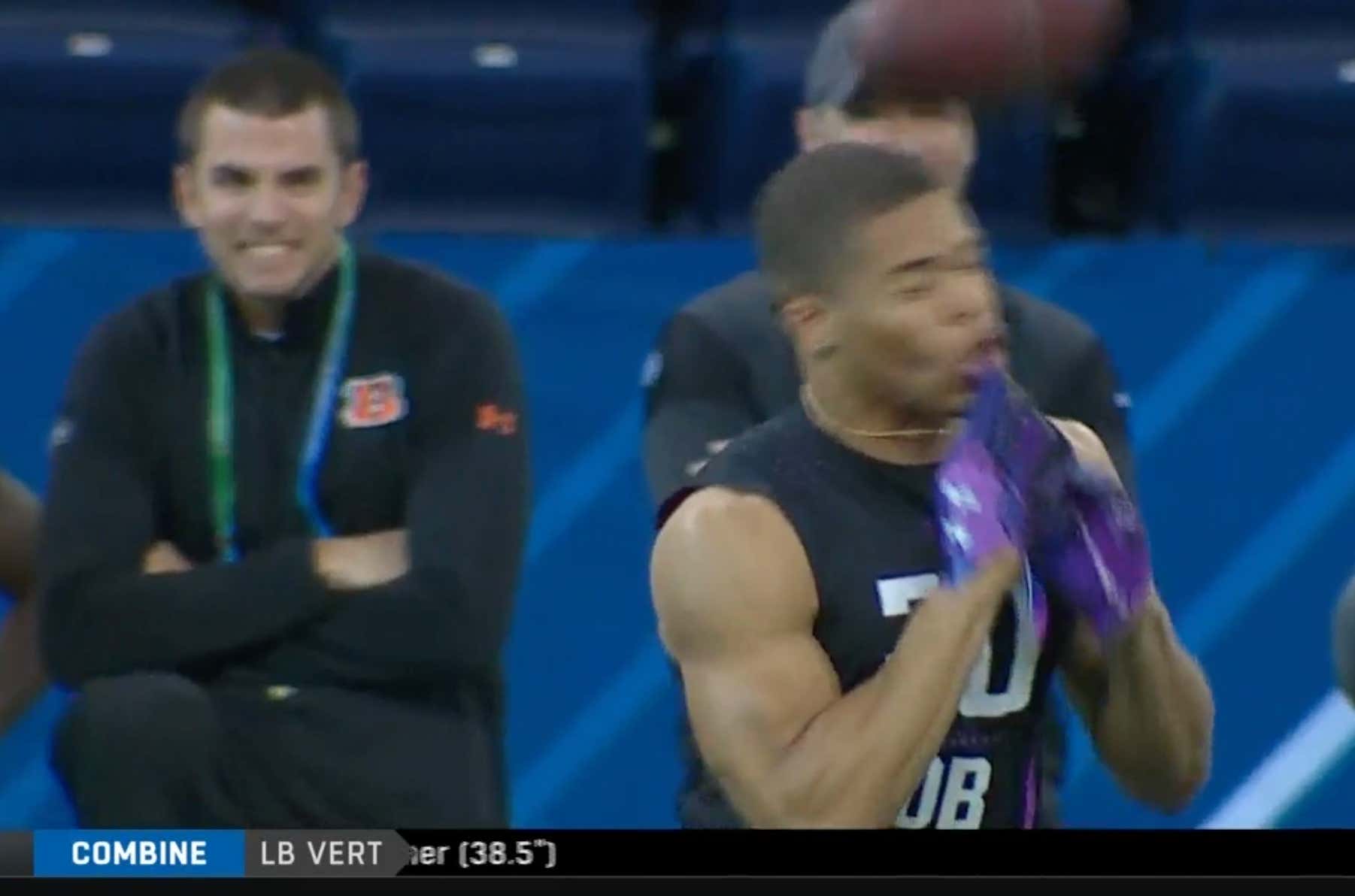 Taron Johnson finished up his senior year at Weber State by being selected to the FCS All-American squad as a DB. Currently, he is projected as a fourth-round pick. He ran a 4.50 40 and bench pressed 225 LBs 17 times, which ranked him 5th among fellow DBs. He then took on the gauntlet and his combine took a turn for the worse:

Not great for his incoming Madden awareness rating. A proper spin zone would be to call this a pass breakup and display that he can play through a little bump to the head. Nothing the NFL loves than knowing a guy can play through his bell getting rung. As a few high school football coaches once told me, a football game doesn’t start until you get your bell rung or see stars. Doctors across the world may agree this means you have a concussion, but have any of those guys ever strapped up their chinstrap on the gridiron? Didn’t think so.

The reactions behind Johnson were great. This scout from Cincinnati had phenomenal awareness. He saw this coming before anyone else: 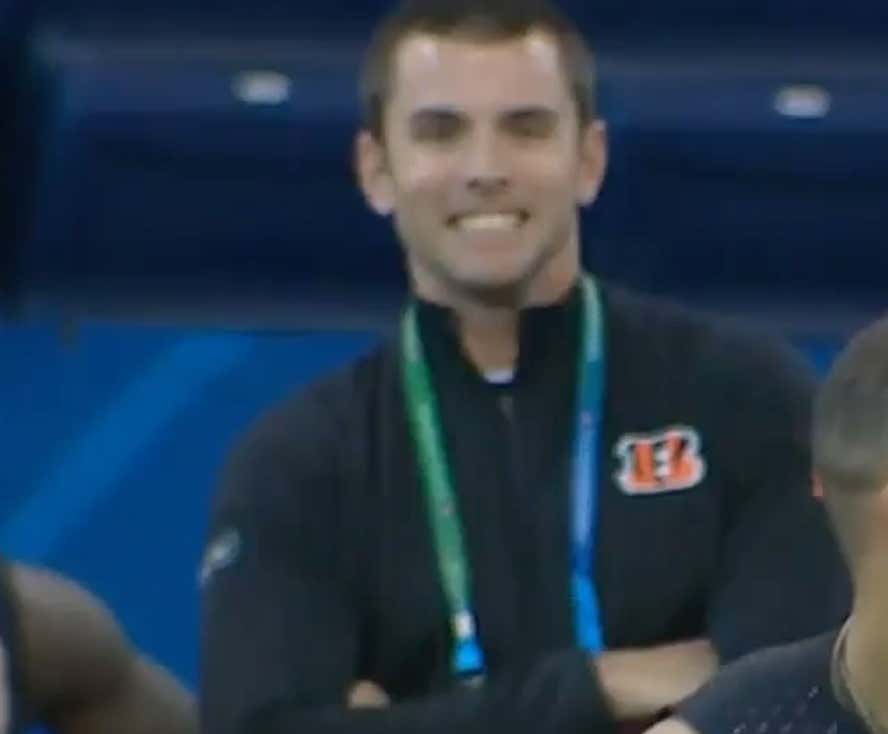 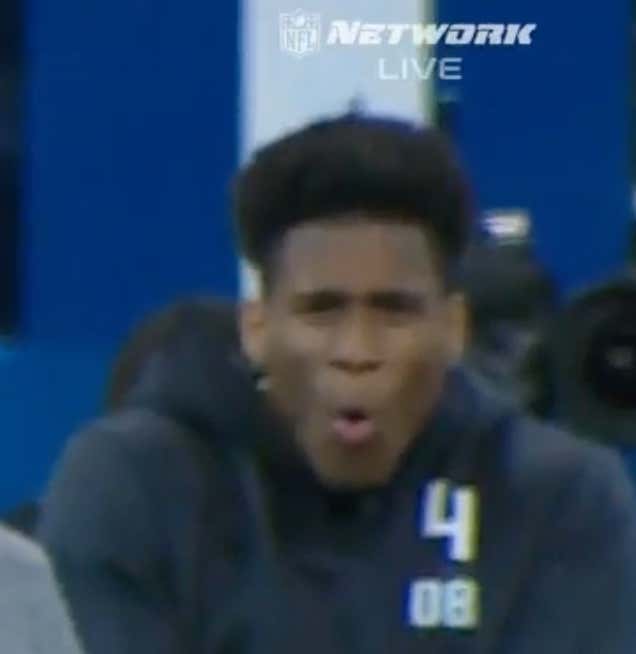 This scout for some reason took joy in seeing this ball go off of Johnson’s head: 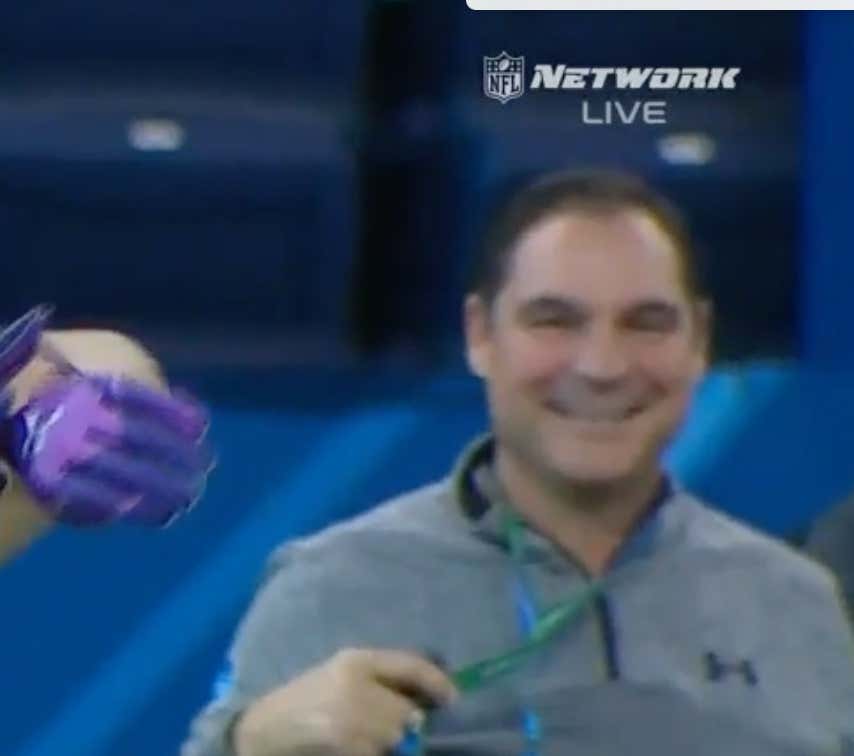 It’s been a longggg week at the combine for this guy.

Still looking for footage of Bill Belichick’s reaction. If this guy falls to the seventh round because of this moment, Belichick will be ready to pull the trigger and turn him into a hall of famer.

Johnson seems to be taking this moment in stride. Love a good guy who can make fun of himself.