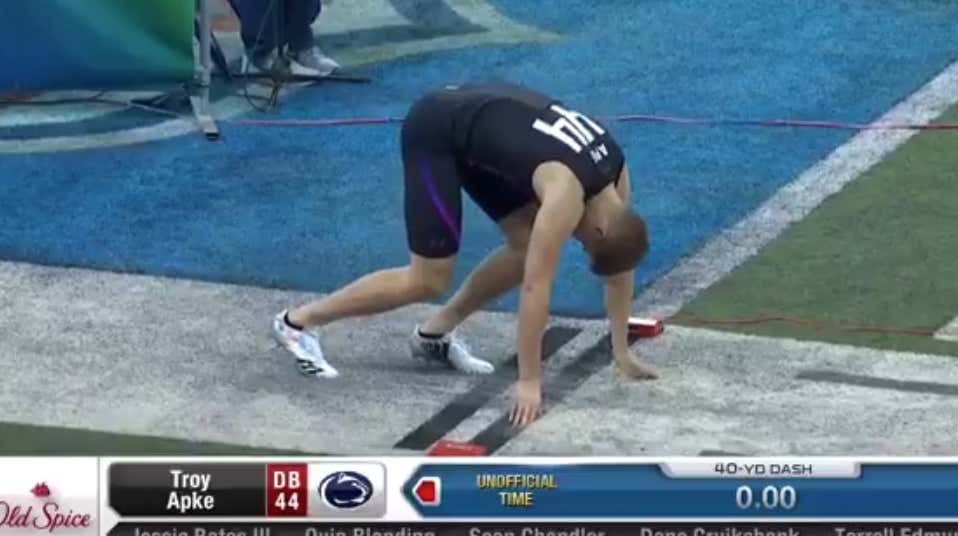 Penn State has had a hell of an NFL combine. Before today, the likes of Saquon Barkley and Mike Gesicki put on phenomenal performances. Today, Troy Apke took center stage. He started off by jumping out the stadium:

Apke shot up a lot of draft boards today due to this performance. It’s fair to assume that Apke is quite athletic. It’s also fair to assume one more thing about the man, right? Defensive back….top 40 time…..best vertical.

Turns out Troy Apke is bucking the trend. A true trailblazer. An outlier in the world of football defensive backs. A Jim Leohnard. Eric Weddle. Jason Sehorn. Still not know what I’m getting at? TAKE IT AWAY DEION!!!

Sanders: He can run!

Mayock: Why are you surprised, Deion?

Talk about a sneaky athletic, scrappy, first one in, last one out, gym rat, coaches son, film junkie prospect. Troy Apke’s speed will take you by surprise. Bill Belichick is going to take this guy and turn him into a receiver. Future Patriots star.

This is the moment every relatively athletic white guy has ever dreamed of. The elusive “I SEE YOU WHITE BOY” dap up: 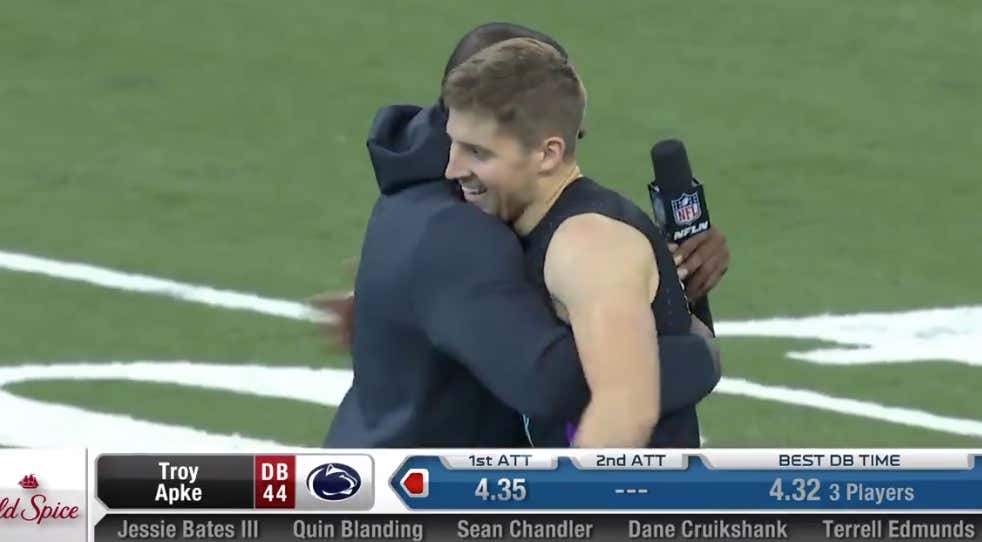 This is a feeling you can’t really describe. It happened to me once on an AAU basketball court when I was in 7th grade. Top 10 moment in my life.

P.s. Apke is a Safety, but here is a PHENOMENAL fact. Keep this in your back pocket: