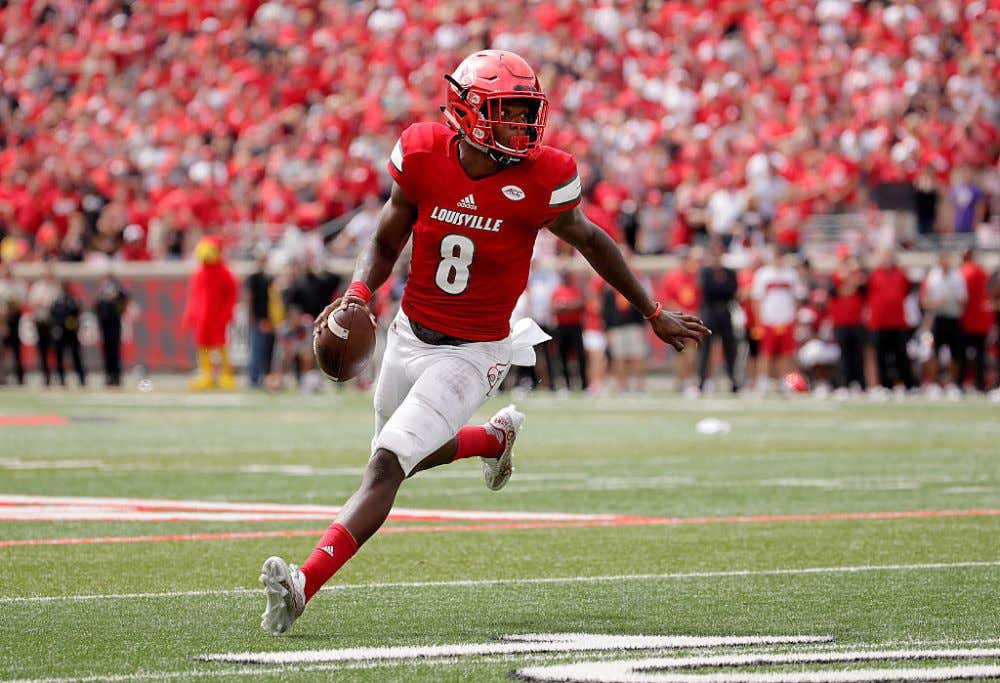 The 2018 NFL draft quarterback class has it all. The classic drop-back guy from USC. The guy from a no-name school who didn’t produce much but has a rocket for an arm that has scouts drooling. The rich kid who some believe may not like football that much. The undersized yet cocky Heisman winner. And, of course, to round it all off, we may have Mike Vick 2.0 but some are calling him a WR.

It’s hard to look at how Lamar Jackson is being asked to play WR by some teams and argue zero racism. Josh Allen has similar flaws, but he hasn’t been asked to play TE by any team. The NFL isn’t the most socially progressive league. Thanks to the NFL draft inching closer, Lamar Jackson WR storyline is the topic of football discussions. Unfortunately, like most storylines, the mainstream media runs with it and ruins it.  The latest hot take about Lamar Jackson comes from Bleacher Report’s Chris Simms and Adam Lefkoe:

Not sure where to start with this. It’s a shame that this is coming from Chris Simms, a guy I started to really like during the NFL season after he came on Pardon My Take. Him and Adam Lefkoe are stretching like Mr. Fantastic:

I know they are trying to show everyone that they are very much “woke” on Lamar Jackson’s situation, but they should’ve spent the first 10 minutes of their show speaking about how much they loved Black Panther instead of digging this deep for a racial meaning in the term “project” when it relates to QBs.

Are there black QBs referred to as projects? Yes, but so are tons of other quarterbacks: 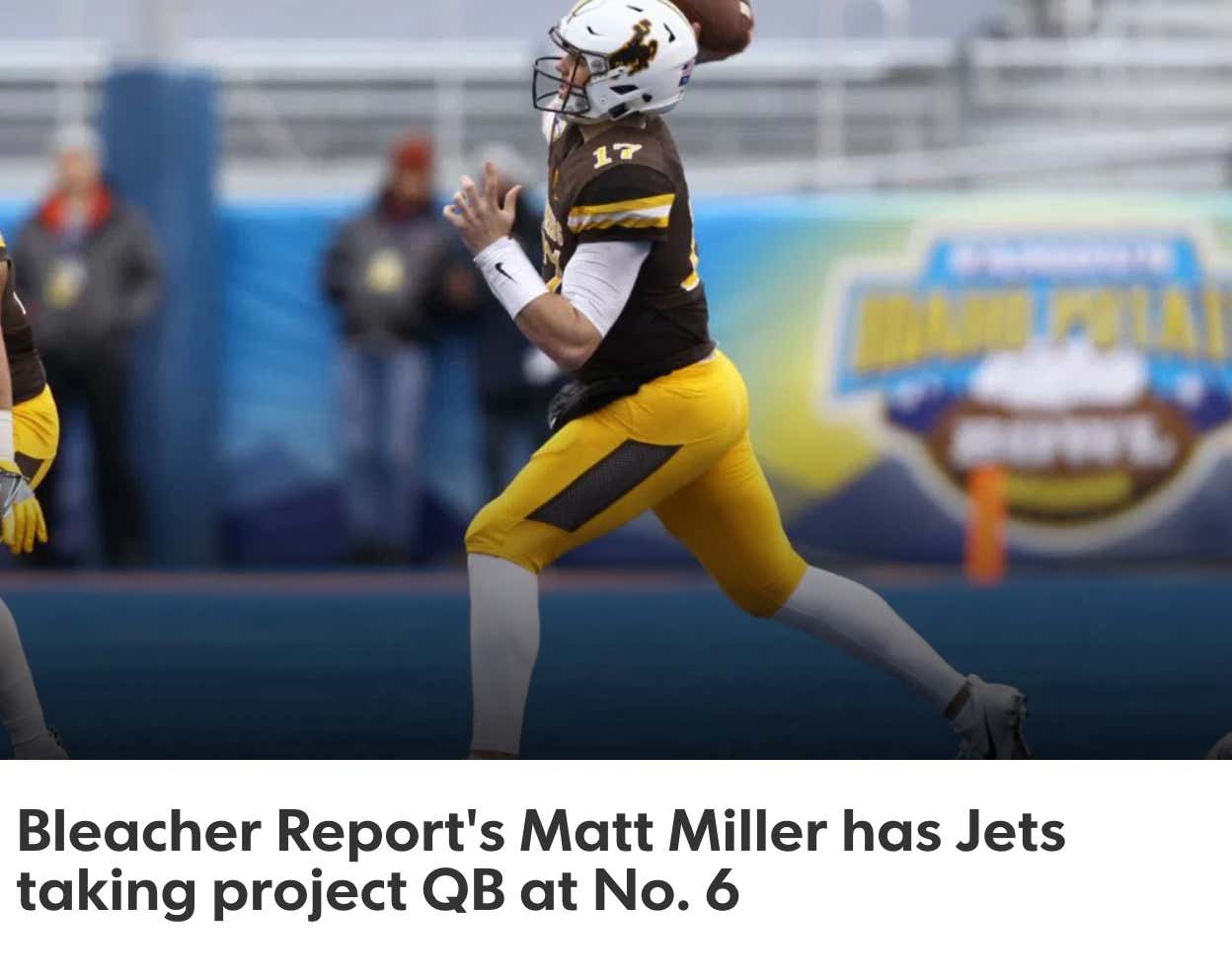 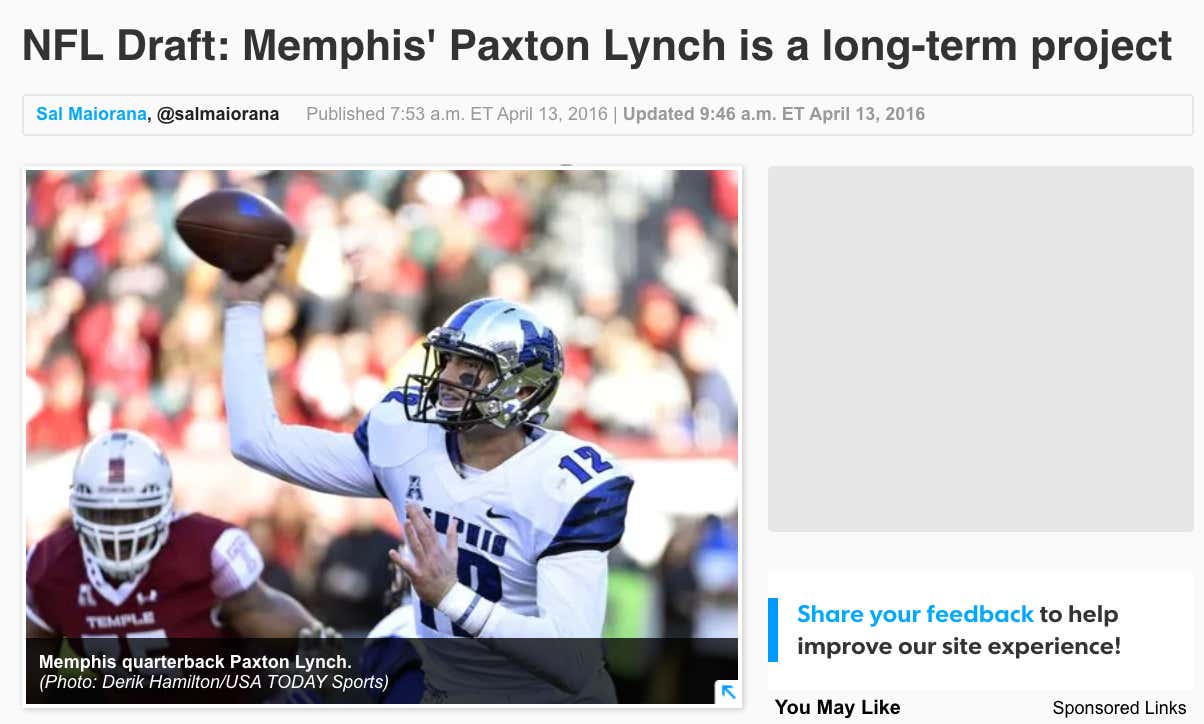 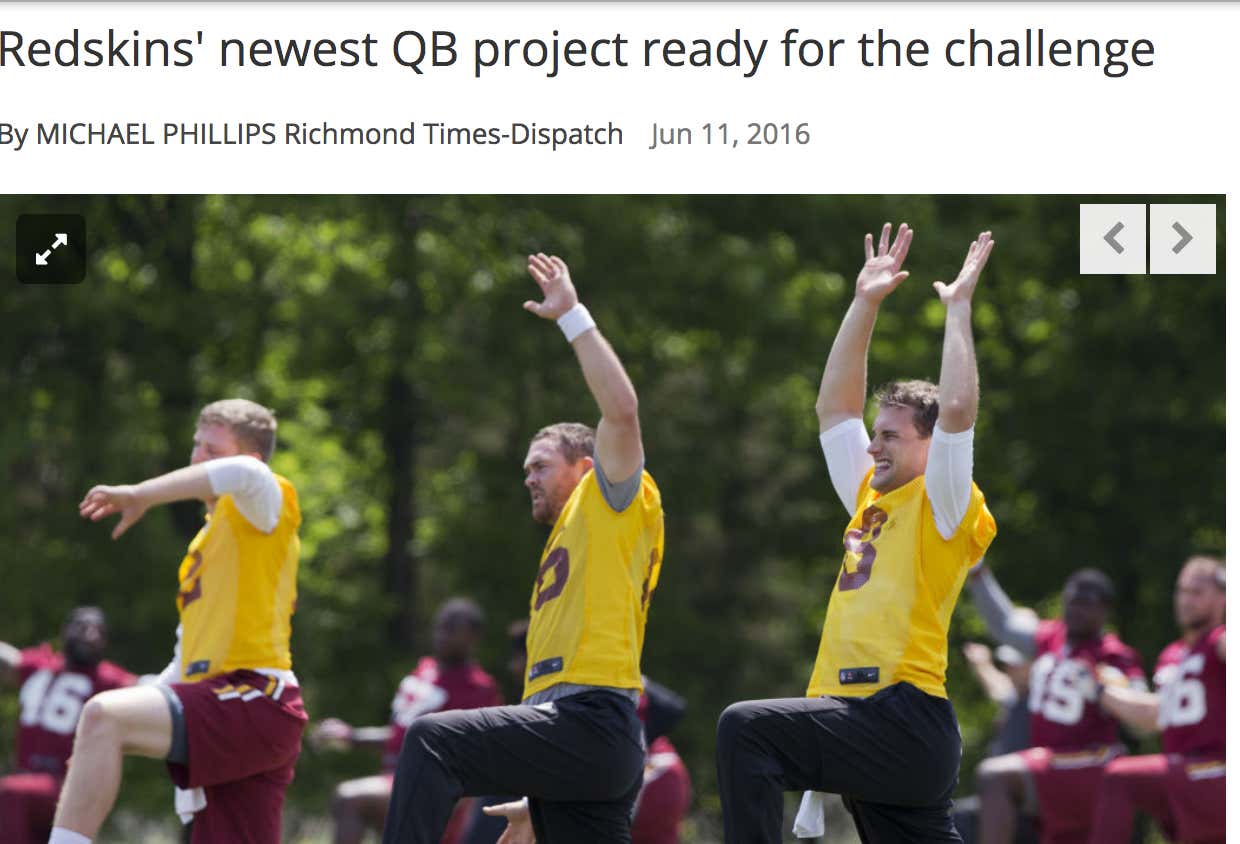 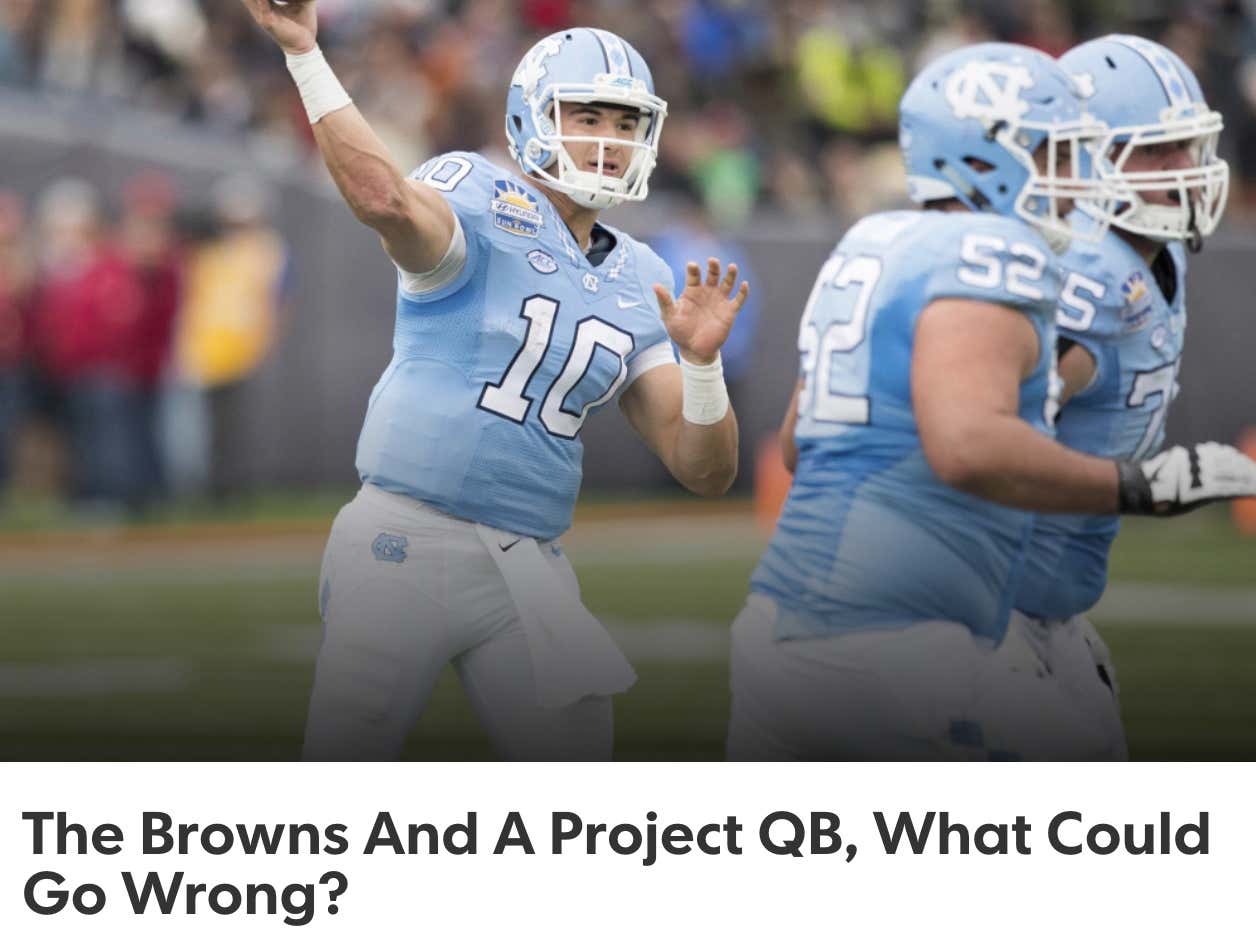 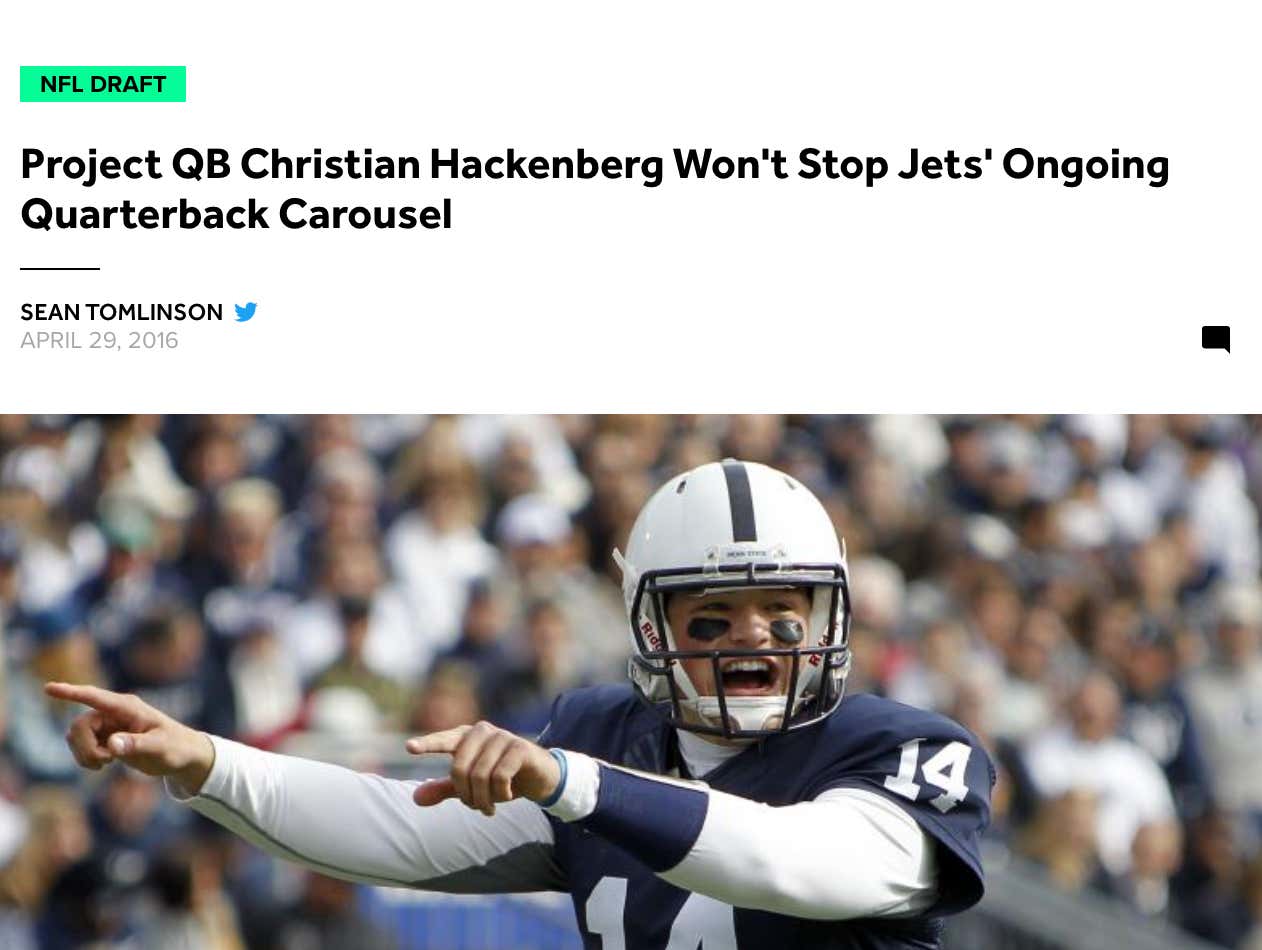 Chris Simms goes on to mention that Sam Darnold plays the most backyard football of all the prospects available to be drafted this year. I don’t know exactly what he means by this. Maybe he hasn’t watched a lot of Sam Darnold, but to call him a backyard QB is weird. It’s also possible that Chris Simms has seen only a few games of Sam Darnold this year and saw him scrambling because of USC’s awful offensive line, but to call him more of a backyard QB than Baker Mayfield is just wrong.

The true gem of this video came when Adam Lefoke decided to educate the masses on Jay Z’s album “4:44.” Not only did he recite the lyrics, he seems to have recently visited rapgenius.com, so he went all Decoded and broke down the lyrics meanings. Lefoke goes on to, what some would call, whitesplain the meanings of the black market, trap, and project. Black history month may be over, Adam, but that doesn’t make it okay for you to culturally appropriate hip hop like this.

Some would say all of those who tuned into Simms & Lefoke were looking for some sports talk, but instead, they got taken to a liberal arts college class on language and race. That’s the Bleacher Report difference, I guess. If you want to beat ESPN, ya gotta beat em at their own game.

Racism still exists in sports just as it does in America. I’m sure Lamar Jackson has dealt with it for over two decades. He’s had to prove a lot of people wrong along the way and will continue to do that at the next level. The team that drafts him will draft him knowing that he is a project. When you hear somebody refer to him, or Josh Allen, as that it’s because they know it will take a lot of time and attention to craft him into the franchise QB they want him to be. Not because of the Marcy Projects in Brooklyn.  I’d argue every NFL QB came into the league as a project. Aaron Rodgers was a project. Cam Newton was a project. Tom Brady was a project. Deshaun Watson is a project. Ryan Tannehill was a project. Kirk Cousins was a project. I could go on and on, but I think you get the point. Stop fishing for fish that isn’t there.