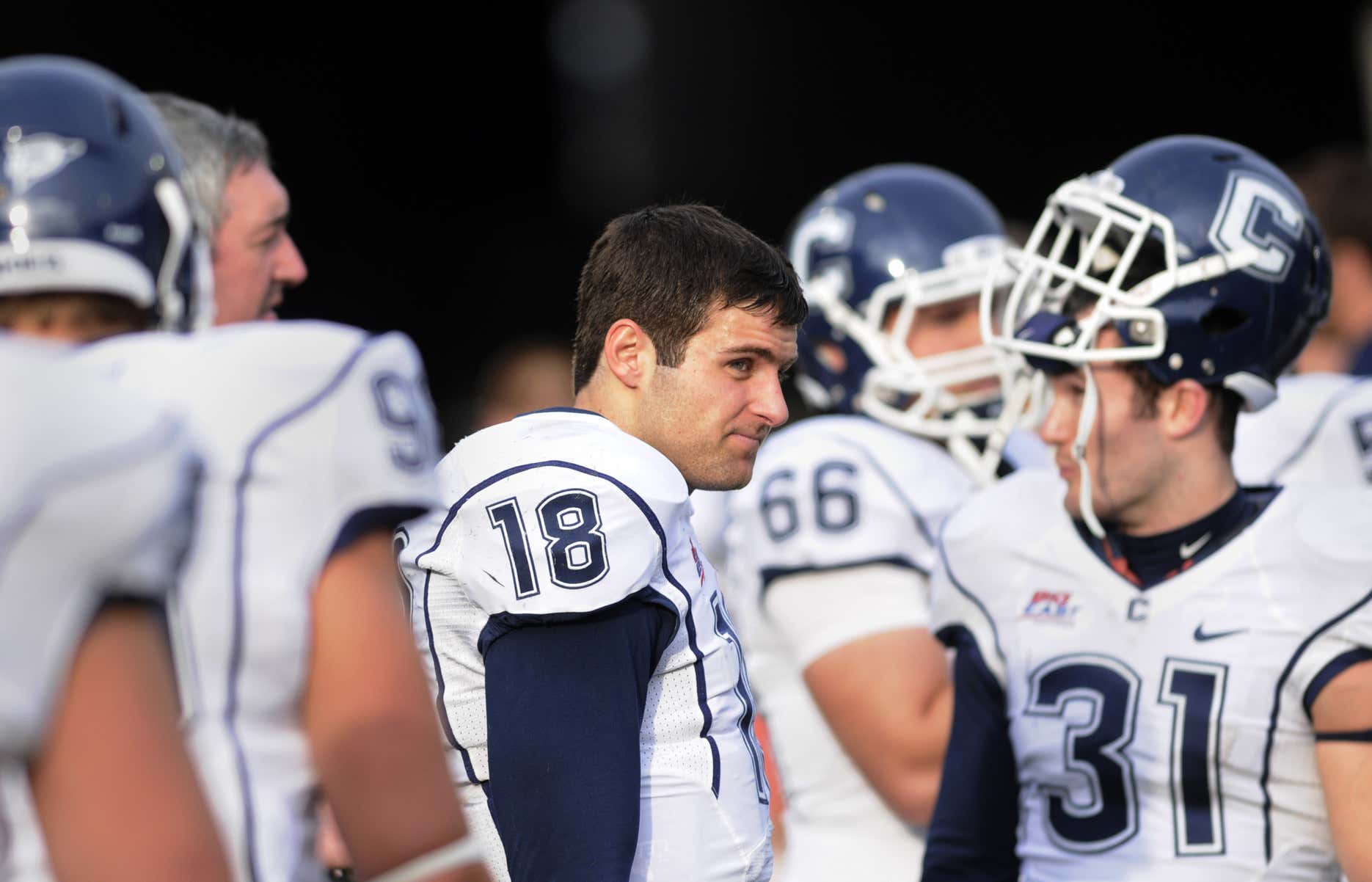 It’s a very sad day for UConn football fans out there.

To UConn fans, John McEntee is known as Johnny aka Johnny Mac, or better yet, the OG Johnny Football, due to one of the most infamous videos of all time:

Yes, this guy went on to be part of both Trump’s campaign and white house.

He was “one of the first 10 or 15 staffers in the New York office and soon he was traveling with the future president.” Here he is in 2015, one of the first members of the Trump Train: 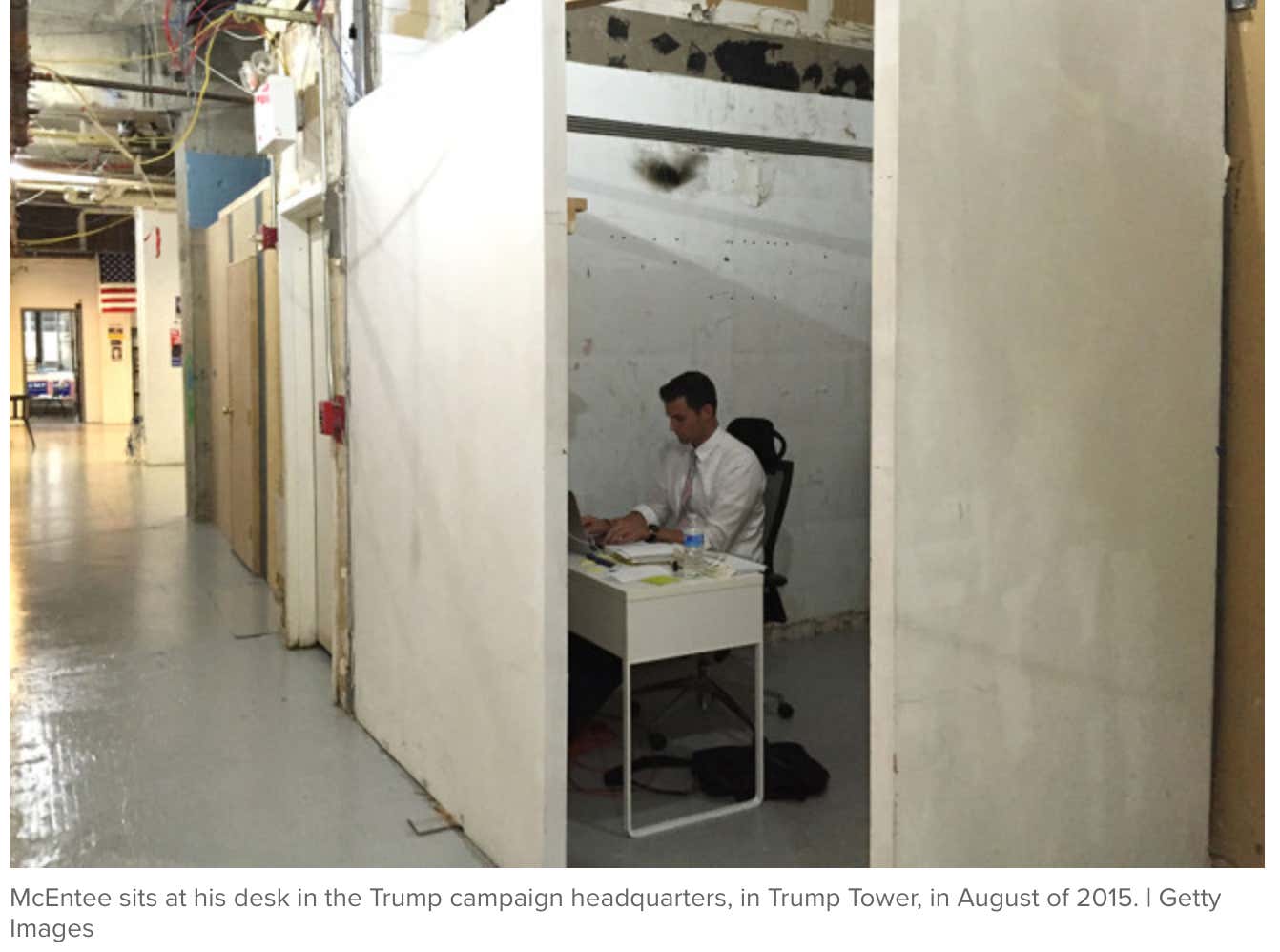 He even rose to fame in Saudi Arabia:

Politico-McEntee trended on Saudi Arabian Twitter as the ‘mysterious man in a red tie.’ 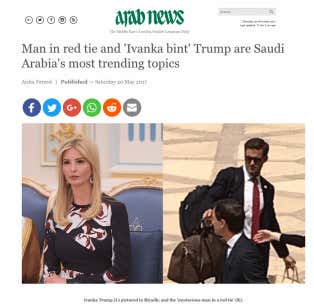 But don’t think Johnny Mac wasn’t afraid to get down and dirty in the mud with the dirty stuff, like changing all the clocks in the White House for daylight-savings:

Hartford Courant-“Mr. McEntee wasn’t as well known as the others, but had been a constant presence at Mr. Trump’s side for the past three years,” the newspaper reported. “He made sure Mr. Trump had markers to sign autographs, delivered messages to him in the White House residence and, over the weekend, ensured that the clocks in the White House residence were adjusted for daylight-saving time.”

All jokes aside: another unbelievably disgusting move by the Trump white house! Deplorable! They keep a guy around for almost three years and then kick him to the curb once he completes the job he was there for, adjusting clocks on daylight-savings, just two days after the clocks turned forward? What’s next for these guys!!!!!! REEEEEEEEEEE!!!!

Johnny Mac always held a special place in my heart. I still remember watching that YouTube video Freshman year of high school and thinking UConn football had found the next Tom Brady. He was the original Johnny Football. I was so excited to see what he could do on the field. If he can throw a ball into a trash can, imagine how many TD’s he would throw on Big East defenses…right? Wrong: 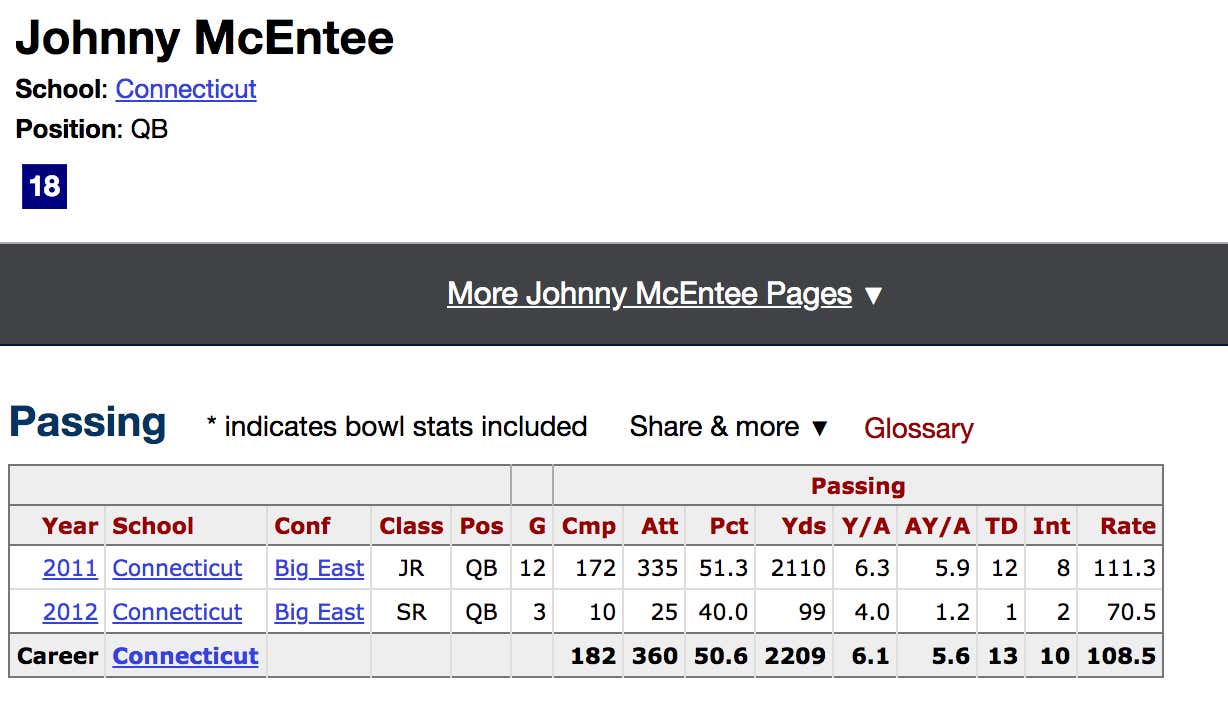 UConn went 5-7 in 2011, before McEntee was benched in 2012 for Chandler Whitmer who threw for 9 TD’s and 16 interceptions that season.

Times are tough for UConn fans. The Huskies are 27-58 since their 2010 Fiesta Bowl loss to Oklahoma. Now one of their greatest alums has been fired. If I’m Johnny Mac, I blame this whole thing on Russia. I know that makes zero sense, but that’s what seems to work these days. Just blame Russia and your problems are solved.

CNN-Minutes later, the Trump campaign announced McEntee would be joining the reelection effort as a senior adviser for campaign operations.

EDIT (12:42 PM): I saw this video on Twitter, and decided it needed to be at the end of this post for obvious reasons.