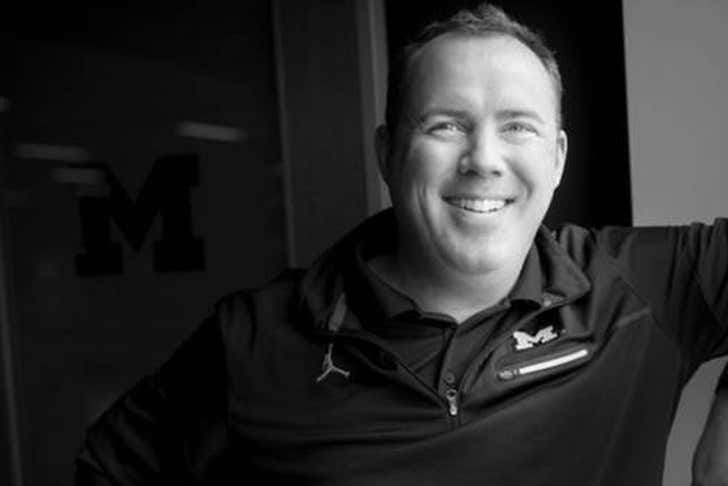 MLive-The director of performance for the University of Michigan’s football team resisted police, grabbed a security guard’s throat and bit a lab technician after his arrest March 5 on suspicion of drunken driving, a police report states.

Fergus Connolly, 40, also told an officer he would “put him in a wheelchair,” according to the police report.

Fergus is such an absurd name. Jim Harbaugh has a big season coming up, his biggest at Michigan yet, and to think he has a director of performance named Fergus is concerning.

The name is a bit ironic considered he told a police office he’d “put him in a wheelchair,” which is one of the biggest hardo moves in the book. The translation of Fergus is literally “man with force:”

An Ann Arbor police report obtained through the Freedom of Information Act details the allegations against Connolly: that he crashed an SUV – one that may have been a university vehicle – while drunk driving, was combative, shouted profanities, refused a preliminary breath test and denied he was drunk.

Connolly was found shoeless – his feet bloody – and incoherent at Second and Madison streets shortly after a reported hit-and-run crash at First and Mosley streets on the city’s West Side about 11:50 a.m. March 5, according to the police report.

Here is the car he struck: 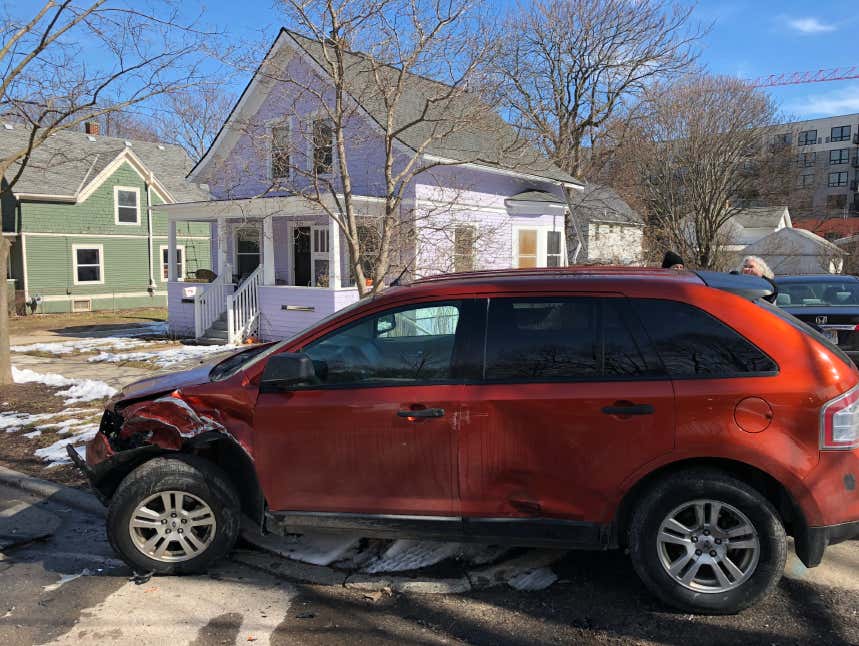 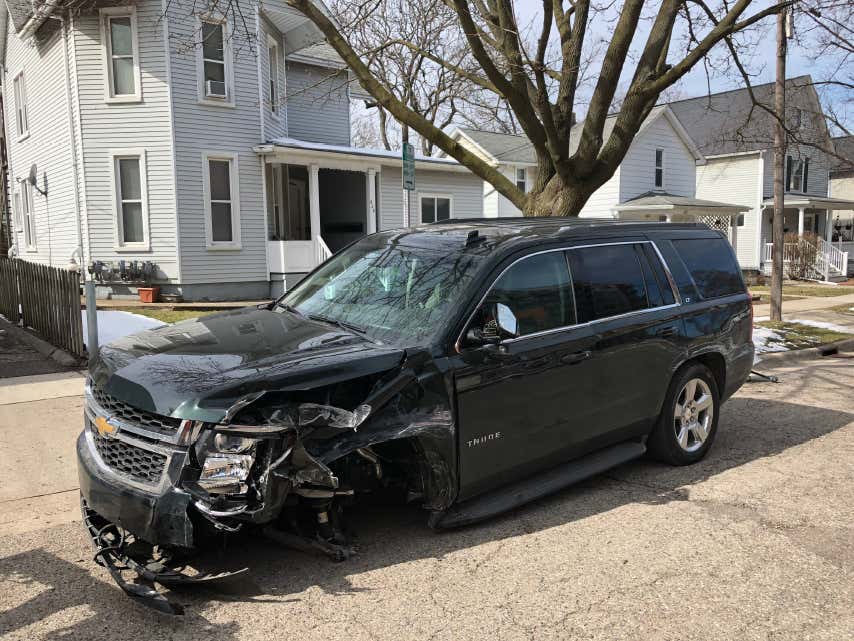 Shortly after, police found Connolly standing barefoot in a snow bank, according to the report. He was not dressed appropriately for the cold day and was leaning against a tree speaking on his cellphone, the report said.

Officers on scene noted his speech was slurred and he didn’t have a wallet or identification, according to the police report. Police had to look him up on the internet to confirm his identity.

Connolly was verbally abusive toward officers and repeatedly told them, “Do not do this to me,” and “F**k off”, according to the report.

He also resisted police during arrest and at the station, where he repeatedly fell from a bench, police said. He was restrained to a chair after taking “an open hand swing,” striking an officer on the arm, Marshall said in his report.

Connolly was later taken to the University of Michigan emergency room for injuries to his feet and his apparent intoxication, according to the report.

There, he assured police he would remain calm before trying to get out of the hospital bed and swinging at Marshall, according to the report.

So, you thought your Monday was bad, huh??

Oh, three of the sorriest franchises in the world?

Here is Jim Harbaugh reading Fergus’ book, which second edition will reportedly include a section on how to respond to game changing DUI tests and how to put a police officer into a wheelchair. 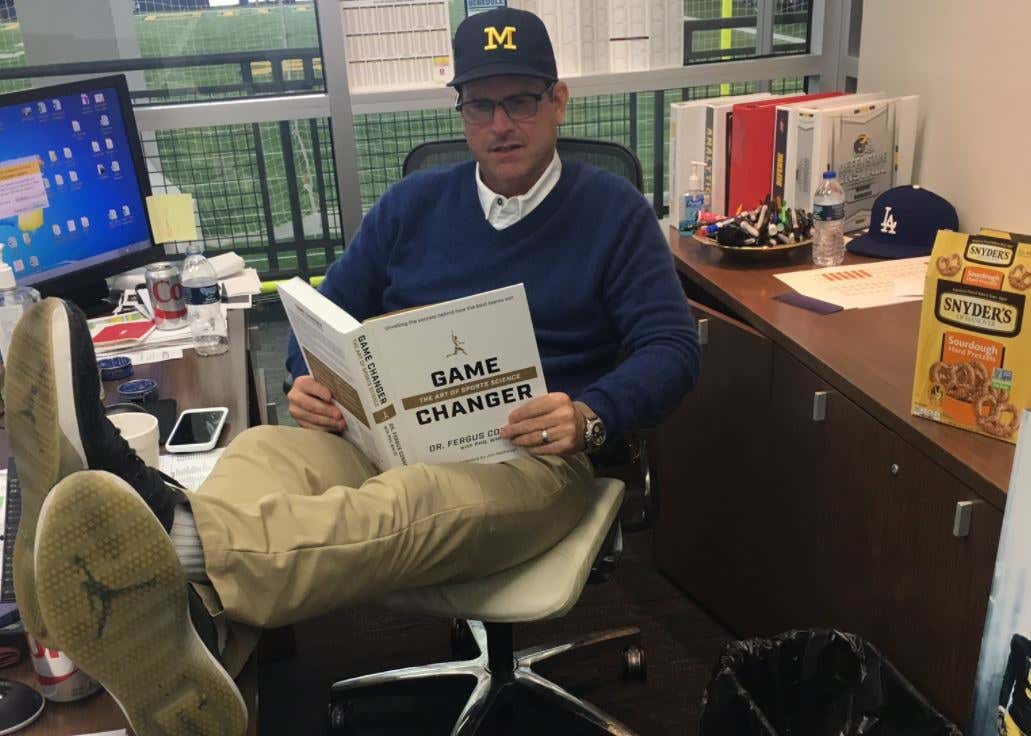 His Twitter, is something else…with a bunch of tweets that are very much ironic looking back:

Similar story to yours, huh, Fergus?

You forgot the fourth class of people: those who get DUI’s on Monday mornings!