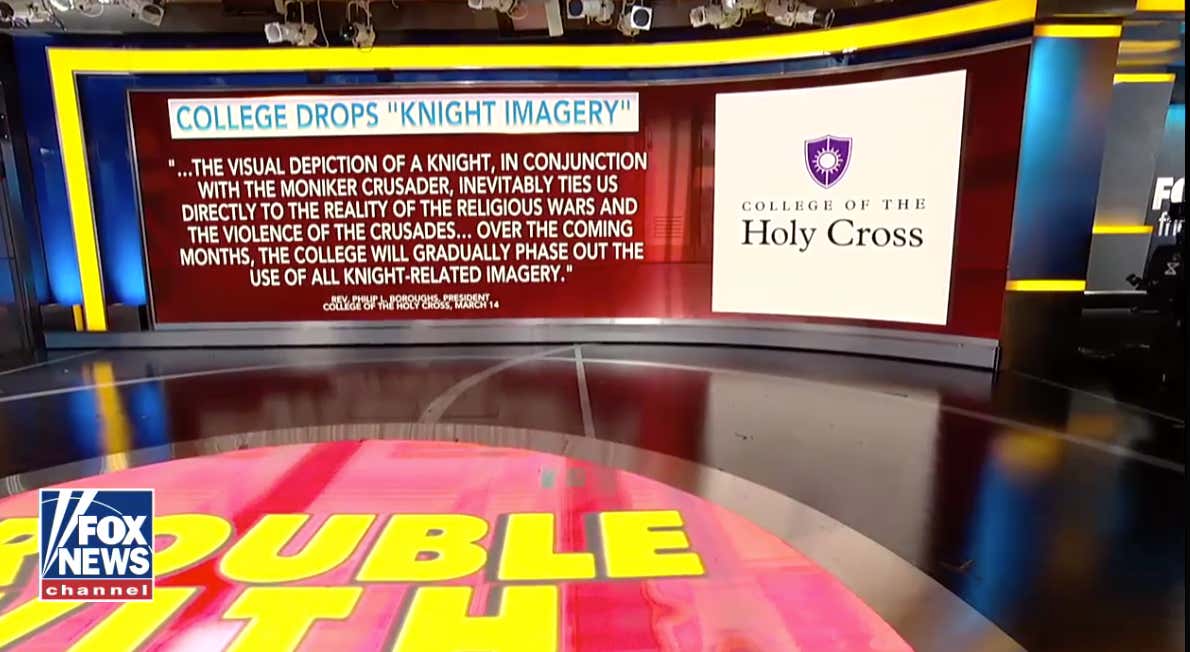 Fox News-The Massachusetts school’s president, Rev. Philip Boroughs, said in a letter to students that “the visual depiction of a knight, in conjunction with the moniker Crusader, inevitably ties us directly to the reality of the religious wars and the violence of the Crusades.”

…….wait, so you are telling me, that The College Of The Holy Cross, a Catholic university, is connected to the crusades that begin late in the 11th century?! Sheesh!

All of this comes a month or so after the higher-ups at Holy Cross decided to keep the nickname “Crusaders.”

The name came into debate throughout the school and rose in the public’s eye when the school newspaper did the brave act of changing the publications name from “The Crusader” to “The Spire.” They made this change not solely because of the crusades from almost 1000 years ago, but instead because the newspaper just happens to share a name with the official newspaper of the KKK. We better hope that ISIS doesn’t release a newspaper/blog called Barstool Sports in the coming years.

Worcester Mag-“While we acknowledge that the Crusades were among the darkest periods in Church history, we choose to associate ourselves with the modern definition of the word crusader, one which is representative of our Catholic, Jesuit identity and our mission and values as an institution and community,”

So, for some reason, for the school to remove ” inevitable ties” to the “the reality of the religious wars and the violence of the Crusades” they take away the funky looking Knight with purple fur instead of, say, their nickname “Crusaders.” 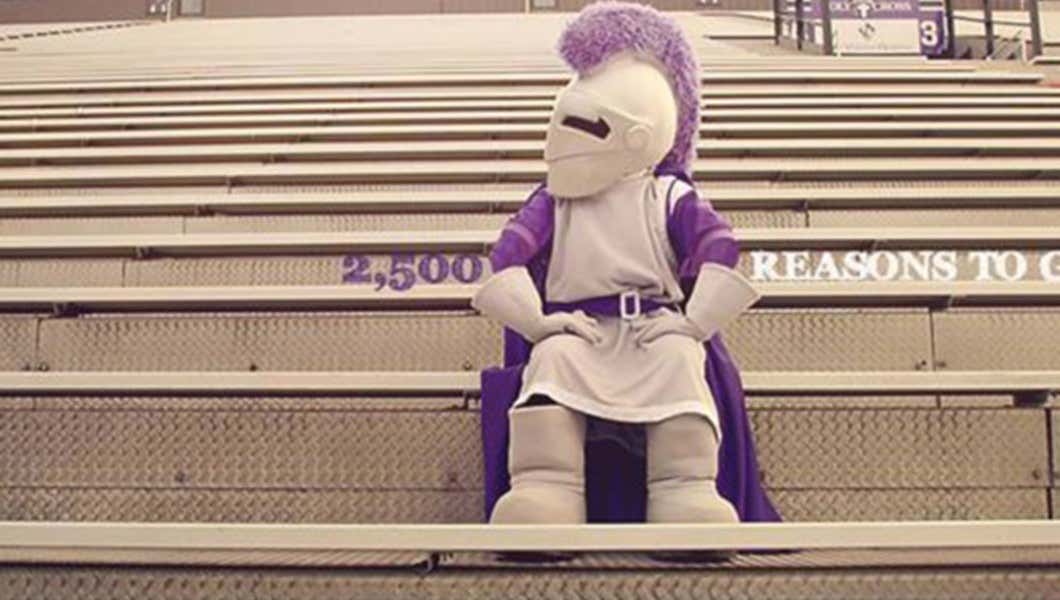 Campus Reform-“This imagery stands in contrast to our stated values,” Boroughs concluded. “Over the coming months, the College will gradually phase out the use of all knight-related imagery.” In its place, Holy Cross will now use an “interlocking HC on a purple shield” and retire its “costumed mascot.”

I’m not going to get into a full fledge argumentive blog about the historical significance of the crusades nor the representation of mascots/logos in sports. Personally, I believe names/mascots/logos should be taken on a case by case basis. Feeling strongly about the removal/keeping of a mascot, in my opinion, is wasted energy (there are exceptions!). If you are so offended that a mascot indirectly represents what happened 9 centuries ago, I would say you either have too much time on your hands OR you have a much bigger problem in your life that you are masking by caring about such a non-important issue.

The problem here is Holy Cross decided to try the age-old one foot in, one foot out approach with their traditional nickname, Crusader. They ban the Knight mascot, but keep the name. With stuff like this, you can either be all in or all out. Don’t give me 50%. When you try to please everyone, you please no one. Now the debate will rage on for much longer with Holy Cross alumni. There is no definitive answer here. Now the question is: will they eventually get rid of the “Crusaders” nickname? Instead of coming out with a definitive answer, yes or no, the school has left everybody in the middle. And to think that dealing with going to the same college as Bill Simmons was enough.

I wonder what Bill Simmons believes about this…

P.s. Spelling where Holy Cross is located “Worcester” and pronouncing it “Wooster” will always confuse me. Forever and ever.

P.s.s. Talk about an amazing logo: 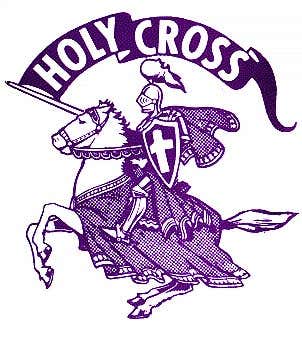