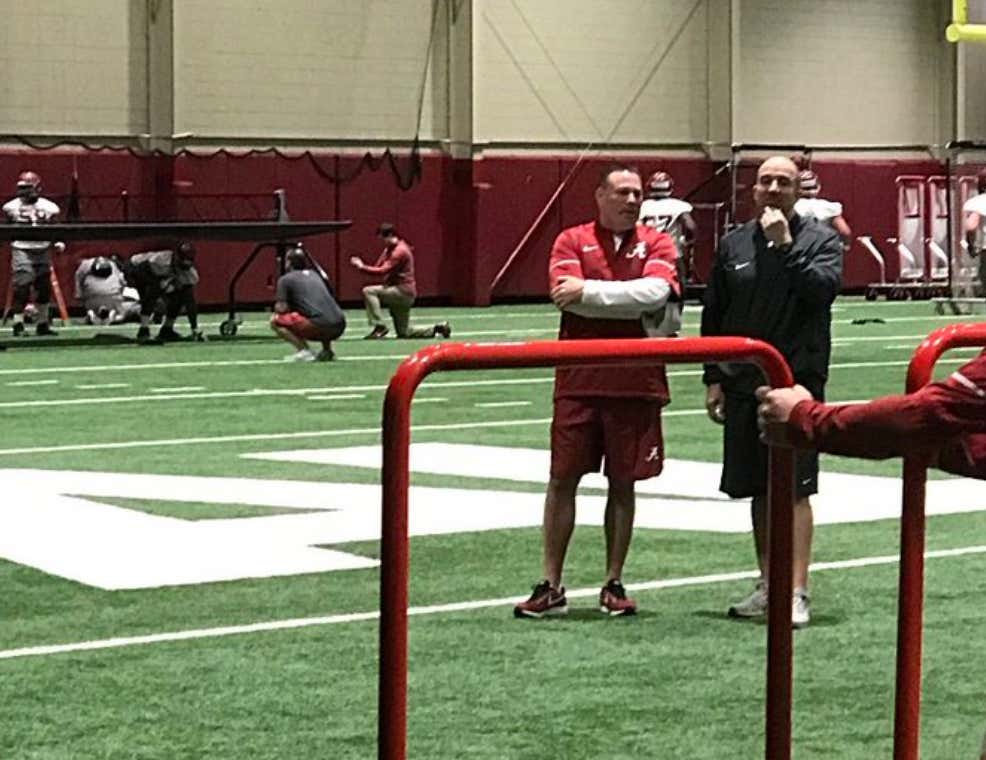 Last week, we saw Butch Jones in his Alabama gear for the first time at Alabama’s pro day. Bill Belichick got to see it up close and in person: 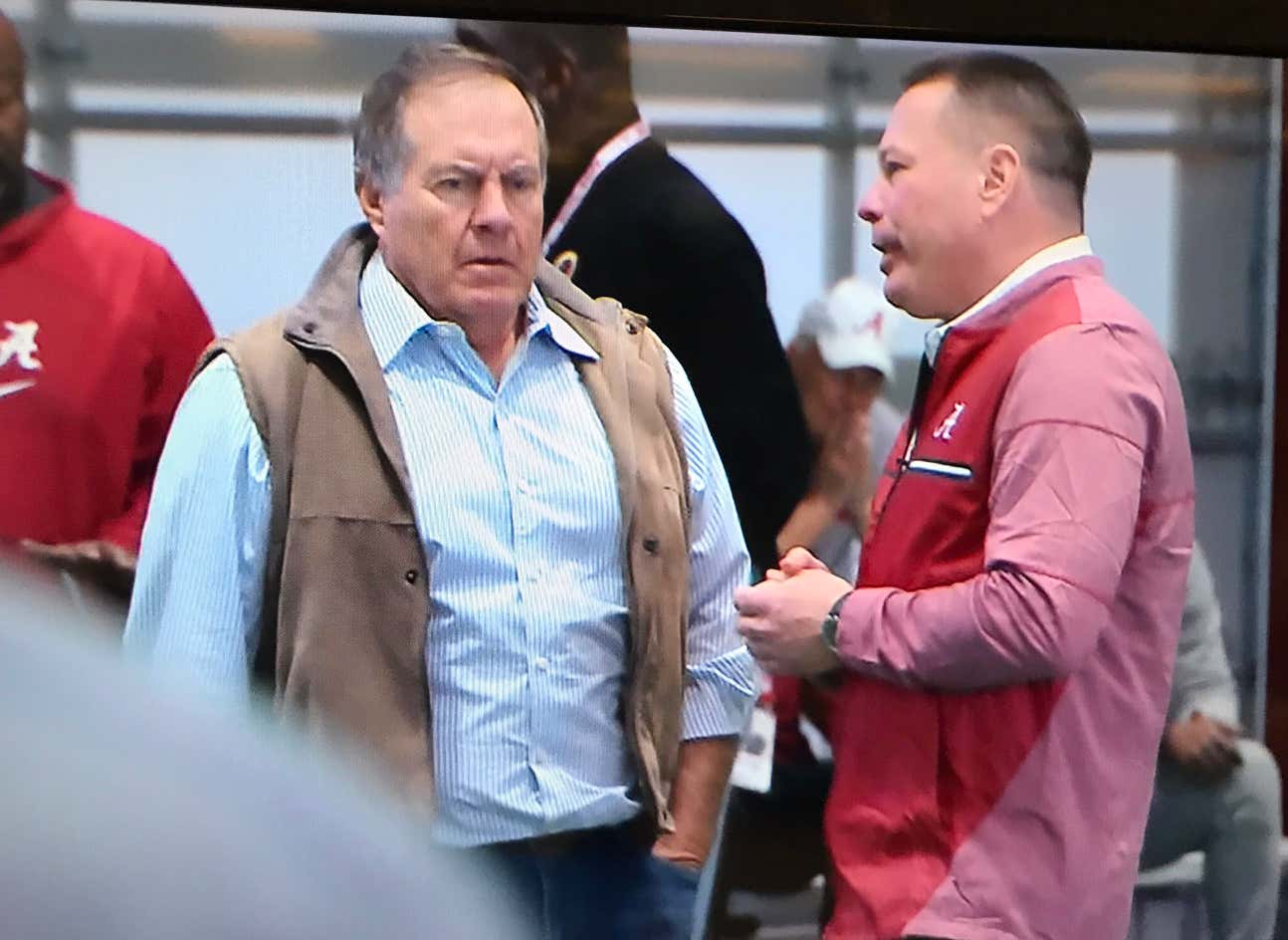 The failed Tennessee coach didn’t take long to get back into coaching, but in what capacity? Is Butch Jones the latest coach to have checked in to Nick Saban’s House For Broken Coaches? Well, kind of…

I know Nick Saban didn’t mean it as such, but this quote is disrespectful on multiple levels. Obviously, I’m #TeamIntern. Just take a look at my publishing name. I’m an intern and I’m proud!!! Buttttt, I’m still in college. I haven’t been coaching an FBS program for the past decade. I don’t have 4 conference championships. I don’t have a record of 84-54. I haven’t produced hundreds of champions of life!!! If I was called an intern after that…after being thrown out of the state of Tennessee….madonn! Calling somebody an intern over the age of 30 is one of the most degrading comments I can think of.

Not that Saban had to do this, but a phenomenal power play by him here to remind Butch whose alpha. You’re working for me, in the lowest position, because you tried to coach against me and failed miserably. This is a message to all other SEC coaches out there. If they want to come at the throne, be prepared to end up as an intern.

What makes the quote worse was Saban adding “he can’t coach on the field.” He could’ve stopped there, but he even added an “aight” to the end. Ruthless. I know Saban is probably referring to Butch not being allowed on the field due to coaching rules, but he could’ve said this much differently. Every Tennessee fan reading that quote immediately shook their head in agreement and said “you are right, Saban, his ass can’t coach on the field!!!

The tough times continue for Butch. At least he has a 5-star heart and a bunch of millions in the bank account!