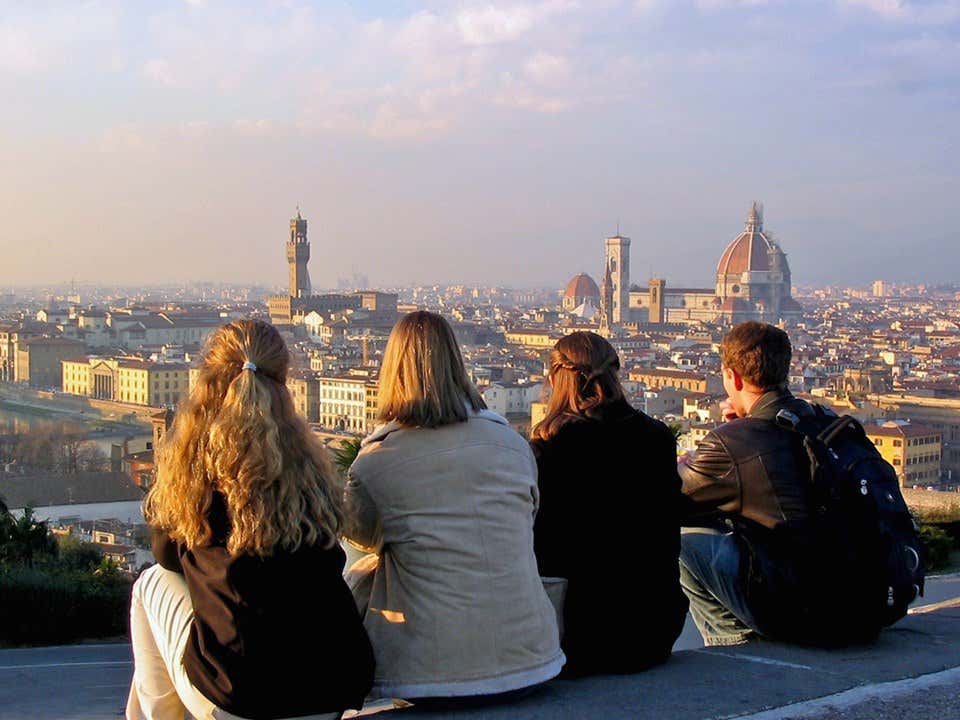 Let’s check in Becky and friends on their semester trip abroad in Florence:

La Nazione (Google Translation)-They put the pasta to cook putting it in a pot without water, causing a fire that required the intervention of firefighters. The protagonists of the episode, happened yesterday afternoon in a flat in Via Pellicceria in the center of Florence, three twenty-year-old female students from the USA.

According to what was rebuilt, the three girls would buy a pack of pasta at the supermarket, to try to cook a typical Italian dish. When they arrived home, they put the pasta in a pot and lit the stove without knowing, by their own admission, that water was also needed. A few minutes later the pot caught fire, forcing them to ask for firemen’s intervention.

They didn’t know you had to put in water! They are 20-years-old, in college, and didn’t know that you needed water to make pasta!!!!!!!!!!!  Being drunk isn’t an excuse, but if they were drunk the story would make a little more sense, but it doesn’t even seem they were drunk. These three girls went down to the store, bought pasta, and cooked it without water. To quote the young man in this video (turn up the volume), “girls suck at everything, girls are so bad at everything they try to do:”

This story does remind me of The Great Fire of London in 1666. A baker in London started a fire of a bakers house at midnight after a baker forgot to properly extinguish a fire. Eventually, the fire grew from one establishment to another. 70,000 of the 80,000 people in London at the time reported their houses were destroyed and another 100 churches were taken out because of some dumb baker that didn’t put out his fire correctly.

London of the 17th century is constructed much like how Florence looks now, so these girls could’ve easily started a fire that stretched far beyond just their apartment.

Thrillist-The commenters on the Italian article were less generous: “Return to the USA to eat hamburgers & chips from [McDonald’s],” one said.

Not great for international relations, folks! In the Trump era, we need any help we can get, but these three girls did not help at all. I guess hopping over the pond and taking countless Instagram photos weren’t enough for these girls, they wanted to leave a permanent mark. Fuck international relations!! WE WANT PASTA!

I haven’t studied abroad and will not in my final year of college. Don’t get me wrong, I don’t have anything against studying abroad. They are great programs, especially for kids who want to take a 3-4 month long vacation in the middle of their college career. Plus, you get a bunch of great Instagram’s out of the trip. You can also completely culturally appropriate the culture of the city you are living in and no one will bat an eye, except for all your friends back stateside who are really sick of that stupid black hat you got in France that you keep posting photos of yourself wearing. Once you do come stateside you can virtue signal to all your friends who didn’t study abroad about how you know more about the world than they do because you spent three months in Rome. Also, when you’re interviewing for a job and the interviewer asks you about a life-changing moment you can point to how spending a few months away from your family and friends (the ones you didn’t go abroad with), living in the Notting Hill area of London, really made you consider what you want out of life! A totally life-changing experience!

Newser-On the flip side, local chef Fabio Picchi heard about the fiasco and took the opportunity to offer the women free lunch and some basic cooking classes, as well as a lesson in transnational cooperation. “I think this can be useful to them, but also to us. Understanding is what is beautiful and necessary,” Picchi said.

Oh, so this guy totally wants to get with one of these three girls, huh? I see what you are doing, Fabio! I know you know about the abroad students who are looking for their experiment with an Italian local! Keep on hustling, young fella.