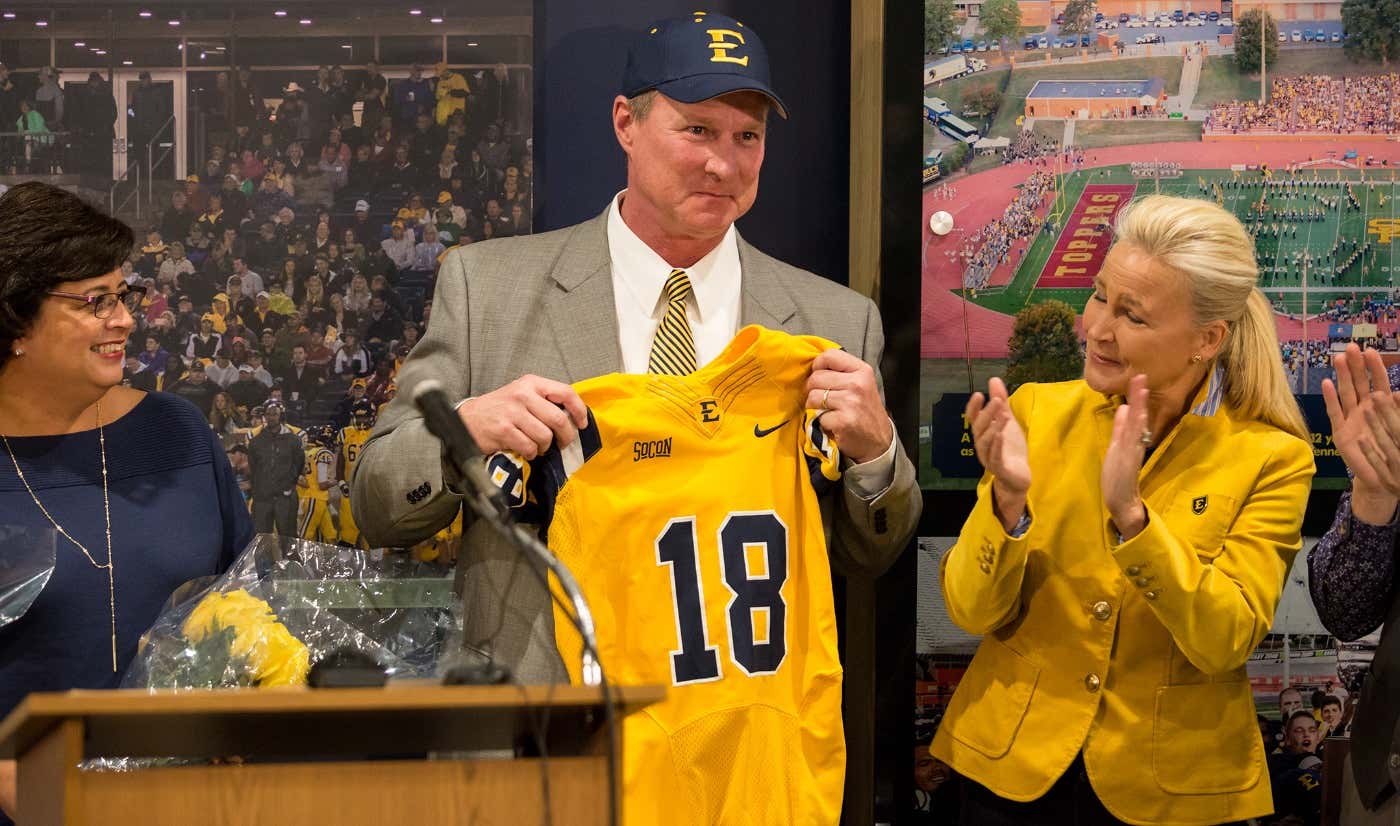 Another day, another attack on the way the game of football used to be!

Joe Avento of the Johnson City Press reported the news.

Sanders allegedly hit Robison during Friday’s practice session but was allowed to conduct practice Saturday. He’s reportedly been suspended with pay, pending “an investigation of potential violation of university policy.”

Going to need a little bit more info on this alleged act. How are you supposed to coach up these young men these days without a little physical violence?! These damn millennials need to understand when you don’t listen to the coach you are going to pay. That’s what we call football conditioning. You heard of classical conditioning, right? Same thing, but on the football field. Pavlov dealt with dogs, football coaches deal with humans. Who is a better psychologist? You tell me! Bear Bryant did it. So did Bobby Bowden. Ya’ll ever heard of Woody Hayes?

They are even doing this in high school!

Johnson City Press – The player in question, according to two people close to the program, is Tyree Robison, a freshman defensive back from Gainesville, Georgia. Sanders allegedly hit Robinson in the helmet during Friday’s practice when the player failed to take a knee during a drill.

In all seriousness, this is very vague language describing the incident. How much damage could Sanders have caused Robinson when he had a helmet on? Did he slap him on the back of the helmet because he hadn’t followed directions? Or did he put a little something behind his strike to Robinson? Randy Sanders is 52 years old, Tyree Robinson was an all-state DB in Georgia last year and in prime shape….not really a fair fight. That doesn’t mean Sanders didn’t lose his temper and land a solid shot on Robinson.

I guess we’ll have to wait for more information on this situation. It’s not a great time for ETSU, as later yesterday, it was announced their offensive coordinator was leaving for Baylor.