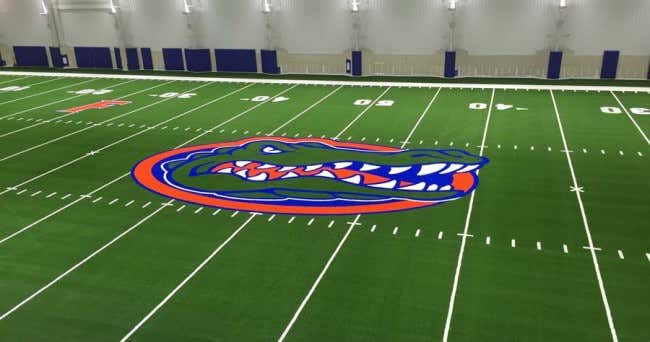 “You don’t want to be frivolous,” Stricklin said on our Open Mike radio show the other day when talking about UF’s $130 million in upcoming projects that include $65 million for a new football facility, $50 million for a new baseball stadium and $11 million in improvements to the softball stadium. “We’re not going to have gold-plated toilets in any of these facilities. We’re not going to have waterfalls in the locker rooms. … You want to make sure you’re spending in a really smart way.

PAWL! How we goin get them CROOTS if we don’t have a gold-plated toilets? We haven’t had a quarterback since Tebow! These damn millenials care about this stuff pawl!

Hearing the reference to a gold plated toilet reminds me of one of the greatest videos I have ever seen on the interwebs:

Stricklin is obviously taking a dig at some of the other football facilities that have been built over the past few years with the likes of a waterfall:

There’s a common theme between all of these facilities, even the new one Florida is building. What is it you ask? I’ll give you a hint: the number zero.

You are correct! The common theme is all these multi-million dollar facilities will be used by players that will get zero dollars for their play at their respective schools.

It’s almost like there is too much money they don’t know what to do with it! Oh wait, sorry, nevermind: