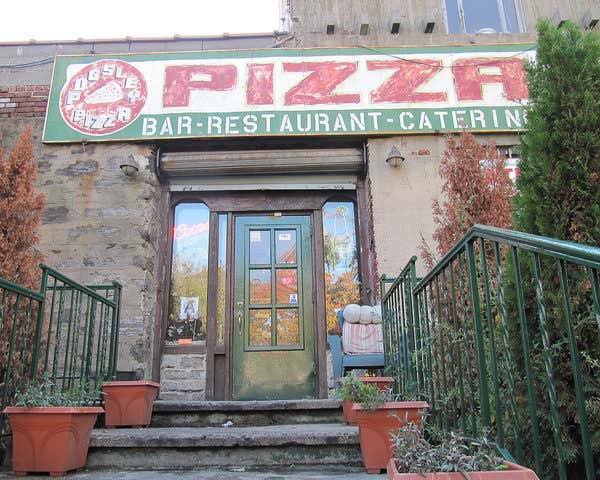 A very sad story out of Fordham University as one of the schools local pizzeria’s in the Bronx had their dog stolen: 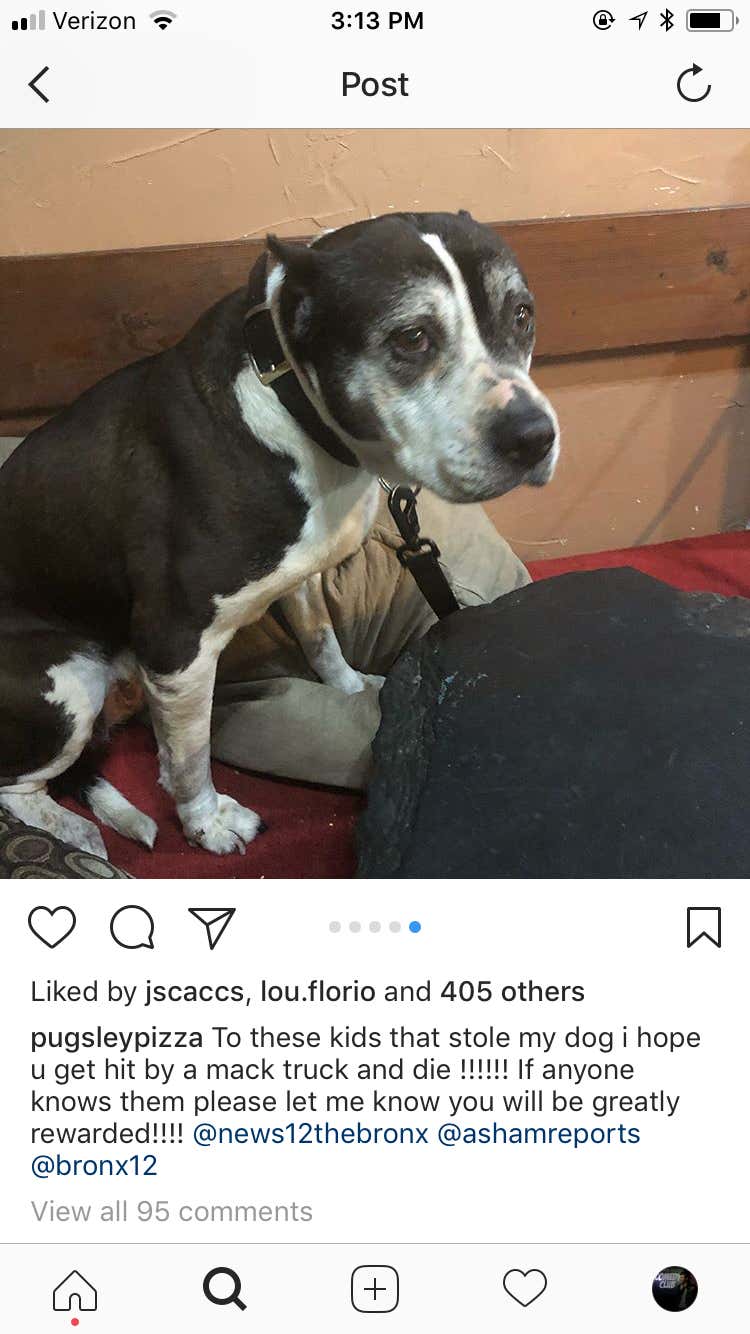 Pugsley has been a Fordham staple since 1985. It’s, as they say, a family joint. In my opinion, as a current Fordham student, Pugsley has the best pizza around Fordham’s campus.

The caption for the Instagram post read, “to these kids that stole my dog i hope u get hit by a mack truck and die !!!!” Now, I’m not going to call for the death of getting hit by a mack truck for these kids, but I do hope there are MAJOR repercussions from this incident if they do find these little JABRONIS! Getting killed by a mack truck is a little aggressive for me considering they look to be no older than 12-14, but I hope these kids have detention for the REST of their life. Yeah I said it! AND on top of that, no fortnite! I hope they never get to play fortnite again! Or Pub G!

I know there is no point in trying to relate to a bunch of teenage kids thoughts, but what the hell were they trying to do? What was their plan? Just bring a pitbull home?! “Hey, Mom! I found this animal on the street! He’s ours now!”

I know I don’t have to tell you twice about the negatives of teenagers throughout the world, but this is just further evidence of how shitty teenagers are. I always find it funny that many say they would kill baby Hitler if they could kill one person from history. Don’t get me wrong, baby Hitler is a good choice, but there is a better choice: teenage Hitler. Imagine getting the chance to murder little pretentious teenage Hitler who thinks he is a great artist with nazi pimples all over his face. It would be much more satisfying! You could do it in front of his little Nazi friends.

According to a source close to the situation (the owner of the dog I talked to last night), it is not looking great! They haven’t found the dog and are, unfortunately, assuming the worst. The kids have not been found yet, but the owner does have his speculations about who they are.

Pugsley is so good it has been reviewed by Pres:

Pres gave it a 7.7 and Taffer gave it an 8.8. Pretttttyyyyy, pretttyyyy, pretty good. The review even had a special appearance from Tommy Smokes, before his fame:

Tom returns to the Bronx tonight, so if those 13-year-old’s are reading this, we have a message for you: you peckerheads better watch out because Tommy and I are COMING FOR YA. Give us the dog or give us DEATH!!!! WATCH YA HEAD LIL FELLAS!

Teenagers have been really getting to the Fordham University community this school year. During the fall semester, seven teenagers between “12 and 15-year-olds” approached three Fordham students (!!!!) and stole their wallets iPhone 8’s, and dignities in the process. Yes, this is a true story: