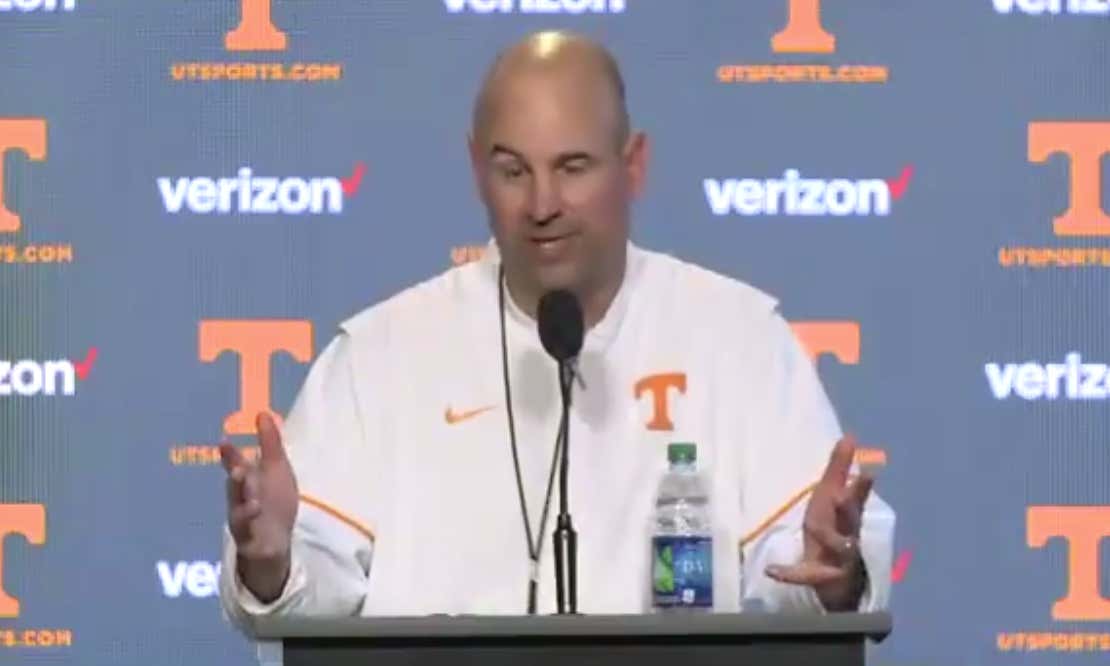 “I don’t think they play music during football games. I’ve never heard it, maybe they do. I like to coach, and I like for the people to be able to hear me when I do coach,”

That’s what we call sweet and straight to the point. The #FootballGuy way. Must be refreshing for Vols fans everywhere to hear such a simplistic view of the football world, instead of one littered with “champions of life” and “5-star hearts.”

At the 0:10 mark of the video, Pruitt says “I dern sure don’t want music out there where they can’t hear what I’m saying.” I have never used “dern” in a sentence, but I am more than excited to put that word in my arsenal. Southern as hell.

I, also, love how Pruitt raised one of his eyebrows while talking: 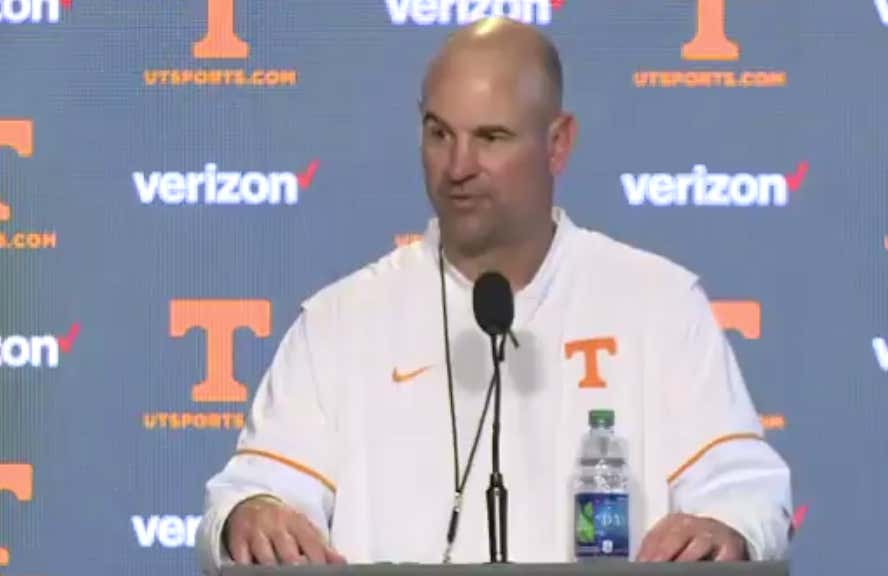 Always been amazed by people who can raise one eyebrow like this and keep the other one unmoved. A true villain move. I hope Pruitt pulls this out more and more throughout his time on Rocky Top.

Using “dern” instead of damn, raising your eyebrow to show disgust in a media members question and not knowing what asparagus is, the Jeremy Pruitt way:

P.s. Throwback to when Sweet Home Alabama was playing much to Butch Jones displeasure:

Funny looking back on it and seeing Butch in Alabama now…as an intern.