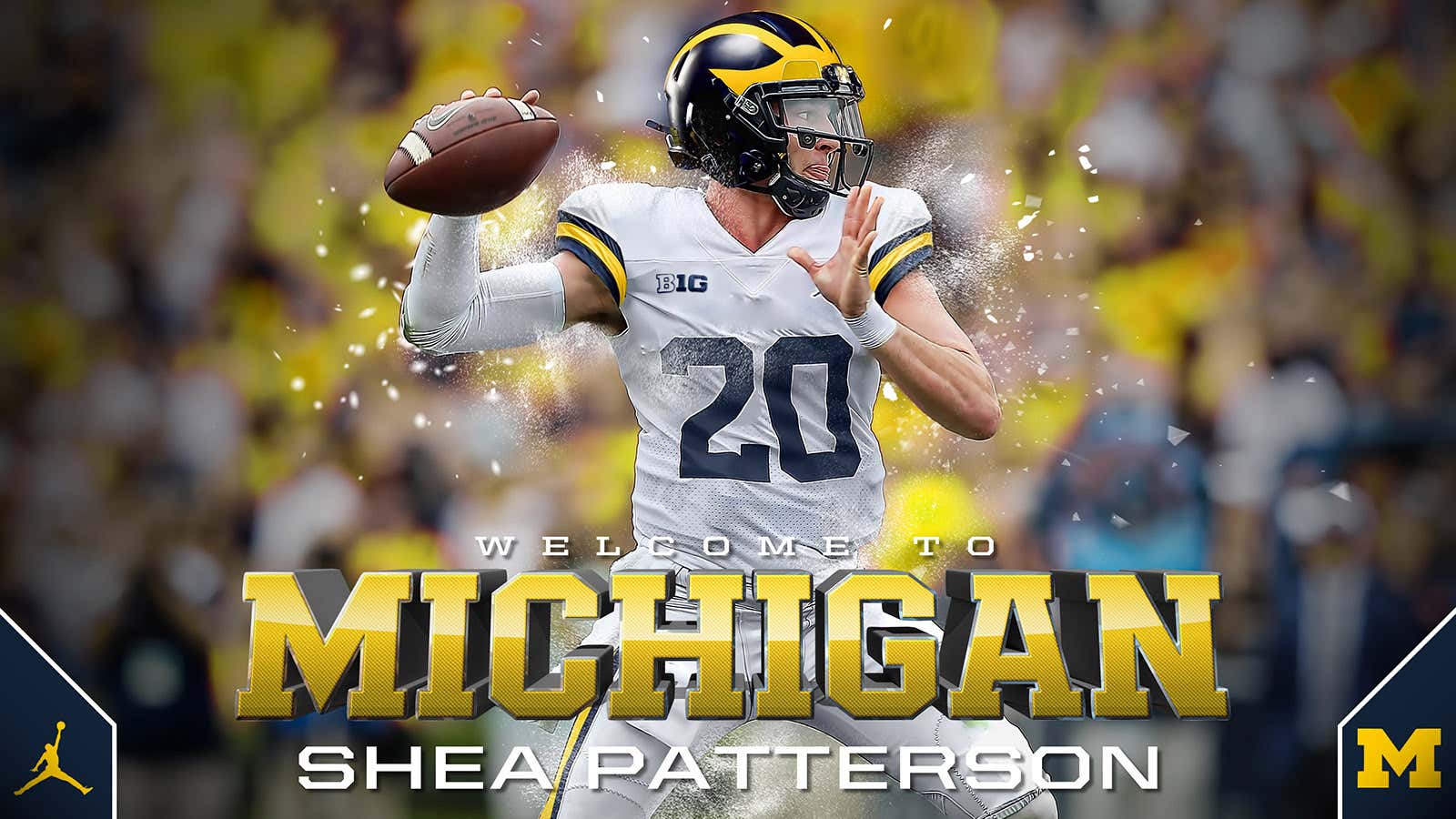 Today, in what’s wrong with the NCAA:

A little backstory: Shea Patterson was a 5-star QB out of IMG Academy in the class of 2016. In 247Sports composite rankings, Patterson came in as the 4th best overall recruit that year, drawing comparisons to Johnny Football. Evidently, Hugh Freeze dropped himself a bag off at Patterson’s front door and whatever was in that bag convinced Shea Patterson to commit to Ole Miss. After his 2017 season was cut short with a knee injury, Patterson announced he would be transferring due to the incoming sanctions against Ole Miss from the NCAA.

In December, Patterson committed to Michigan. He soon submitted a waiver request to be immediately eligible to play for Michigan in 2018 instead of having to sit out for a year.

Ole Miss is objecting to Shea Patterson’s assessment of the conditions within the program that the quarterback claims caused him to transfer from the school amid an NCAA scandal, his attorney tells CBS Sports.

The objection recently sent to the NCAA could impact Patterson’s ongoing transfer waiver appeal as he is looking to immediately become eligible to play for Michigan in 2018. The objection is part of a response delivered to the NCAA last month, according to attorney Thomas Mars.

Patterson is seeking a waiver of the NCAA’s traditional year-in-residence rule for transfers before becoming eligible. The approval of such a waiver would presumably have a significant impact on the Wolverines’ 2018 season.

Ole Miss isn’t doing this just to be major assholes, instead, the objection of Shea Patterson’s waiver has everything to do with their ongoing appeal of the NCAA’s assessment of their program when the sanctions came down. Shea Patterson, and five others transferring from Ole Miss, presented to the NCAA that they were misled by Ole Miss and Hugh Freeze “on the scope of that NCAA investigation.” Therefore, they deserve to not have to sit out a year like other FBS to FBS school transfers.

Another person working closely with Patterson’s appeal said misleading statements made by Freeze about the scope of the NCAA investigation were “a flat-out, deliberate lie.”

Ole Miss had the option of advocating for Shea Patterson to the NCAA, remaining neutral, or objecting. To advocate or stay neutral in this case would be admitting to the claims from Patterson of deception, which would, in turn, lose them their appeal to the NCAA. Evidently, Shea is caught in the crossfire here and his attorney isn’t happy about it:

“Whoever wrote that response for Ole Miss either wasn’t paying attention last year or had a case of selective amnesia,” Mars said.

I love when lawyers throw around insults like this. In a Twitter world where “you fucking pussy!” insults are a dime a dozen, I always crack a smile when I see a well thought out, professional insult like this one.

The good news for Shea and Michigan is this may not matter much:

This doesn’t excuse that Ole Miss waited until the last moment to submit their response to Patterson’s waiver request:

The NCAA received Ole Miss’ response to Michigan’s waiver request on March 28, the last day the school could respond, according to Mars. That is believed to be the last step required before the NCAA rules on Patterson’s waiver request.

This was a petty move. Within Ole Miss, I’m sure they knew what their response would be for a very long time. They had the chance to speed up this process for Patterson, but they didn’t. That is a ridiculously petty move considering it has to do with a college student who you allegedly lied to during his recruitment. Now, Michigan has to go through an entire spring without knowing if their starting QB will be eligible. Still mad about not getting the positive ROBD (return on bag drop) they expected, I guess.

I want to say that the NCAA will do the right thing here and rule Patterson eligible, but putting any faith in that organization is against the ten commandments of a college football fan. Being able to transfer whenever you want and not having to sit out a year would be a move by the NCAA I’d hesitate to support. It would completely mess up the distribution of talent in the sport (e.g. a sophomore from a G5 school would leave for a P5 after a big year nine times out of ten). The likelihood of a UCF taking down an Auburn would drop significantly. Then again, coaches can leave whenever they please without transfer restriction rules by the NCAA, so not allowing players to do the same is hypocritical. The NCAA isn’t thinking about being fair when they are negotiating their next TV contract.

This decision on Patterson’s eligibility will be incredibly important for Michigan. The fact that the optimism for the Wolverines 2018 season depending on the NCAA’s ruling on a transfer in Jim Harbaugh’s third year is a discussion for another time; but for a team that has talent littered all over their offense and defense, a QB like Shea Patterson could push them over the 3rd in the Big Ten East hump Jim Harbaugh has failed at overcoming since he arrived in Ann Arbor. We’ll keep you all updated on what comes out in the future about Patterson. He is currently practicing with Michigan.