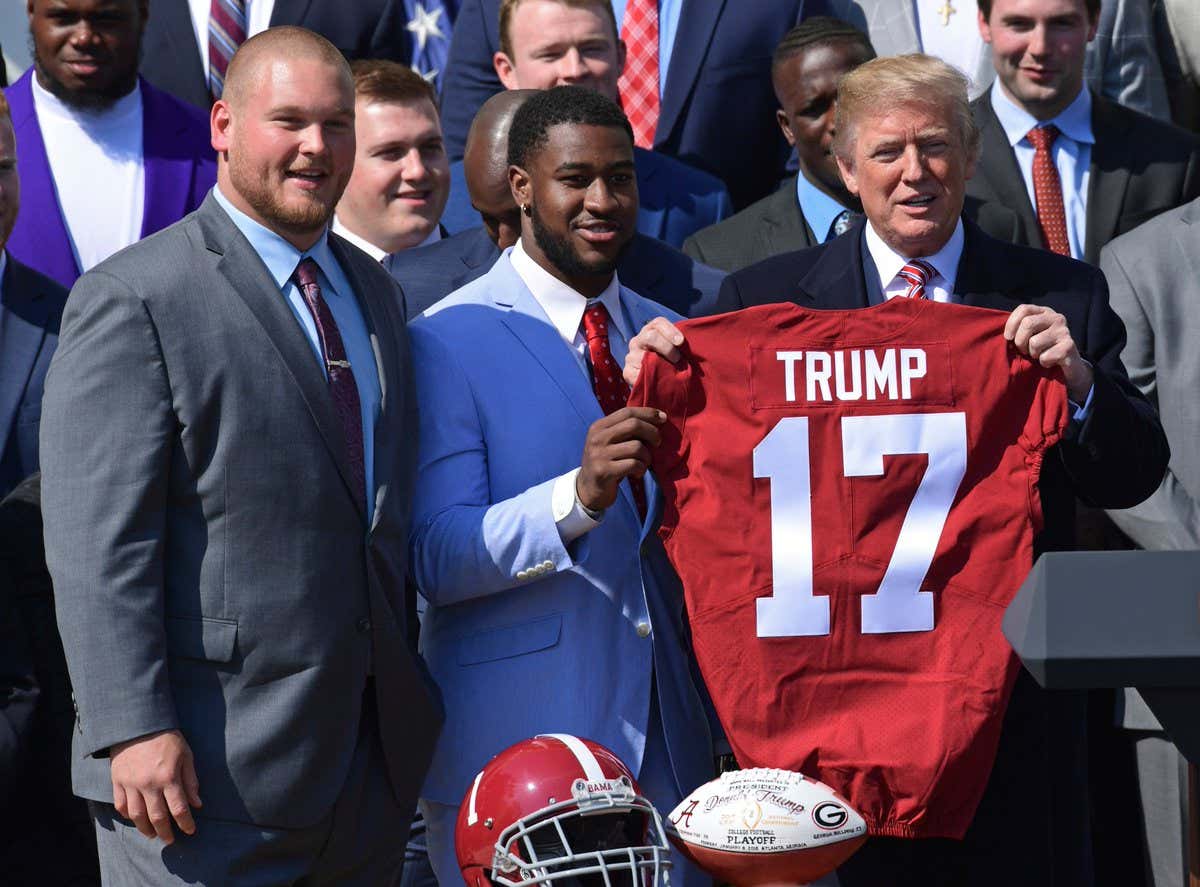 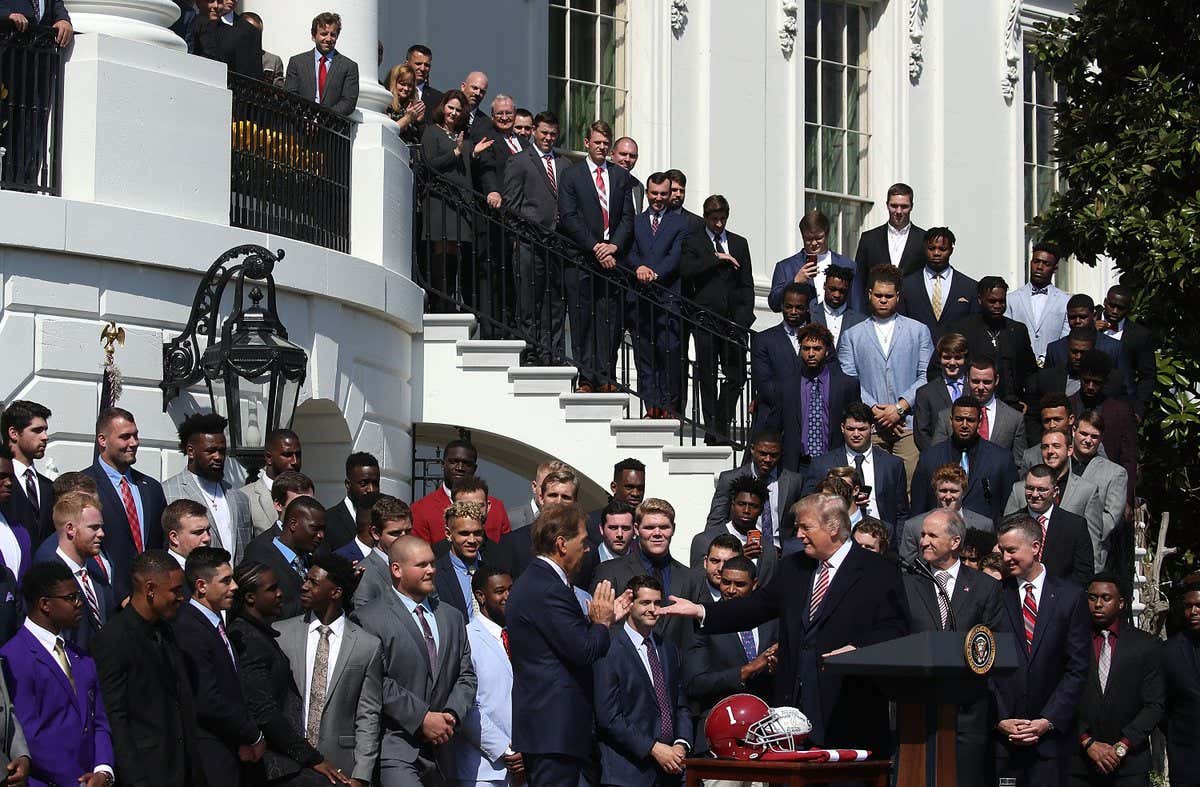 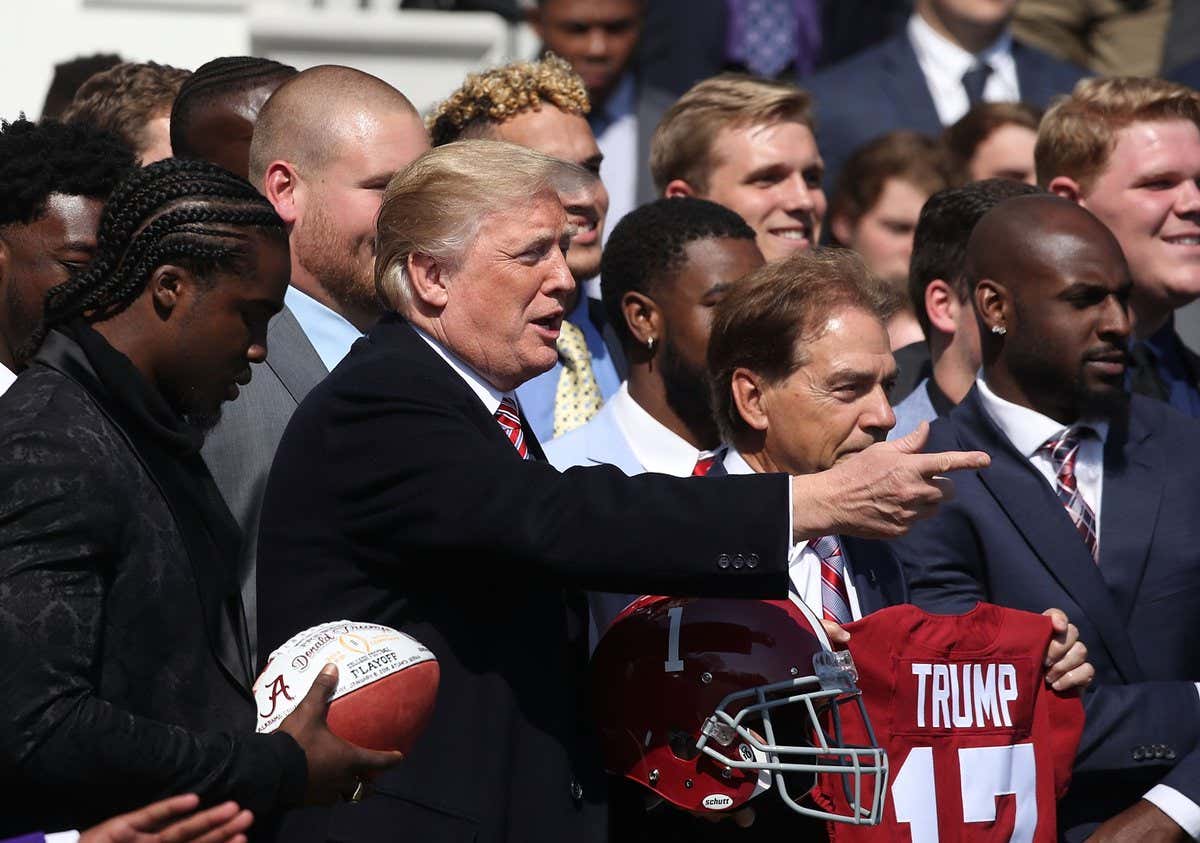 All of Alabama’s team traveled up to Washington to celebrate their victory over Georgia:

Saturday Down South-“It’s an incredible honor for us. That’s something that comes with being national champions,” Harris said.

When asked if any players Alabama planned not to go to the White House, Harris said “everybody” would be going.

I don’t know for certain if Bo Scarbrough went. He is preparing for the NFL draft (others who are also preparing did end up going) and also isn’t that fond of President Trump it seems:

The event was an all-around success, especially for Saban, who used the opportunity to do what he was born to do: CROOT!

Any time spent not crootin, is time wasted. You learn that in college football 101. That includes time spent with the President. As Bill Belichick said after last years Super Bowl:

You think Saban wants to be a day behind? NOPE. Every day counts. ABC. Always Be Crootin: 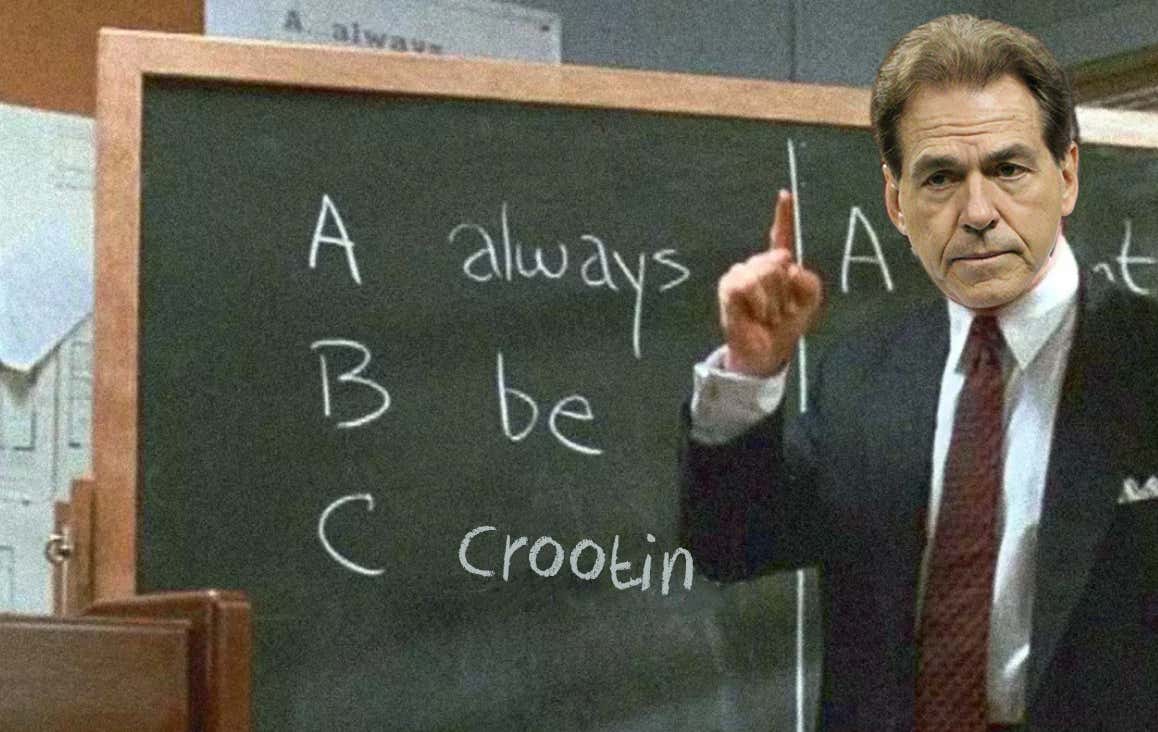 I hope Saban called on the President’s main phone. “Yes, Andre? This is Nick Saban calling you from President Trump’s phone. You want to come to the White House, son? Come to Alabama and I guarantee you’ll get there.” 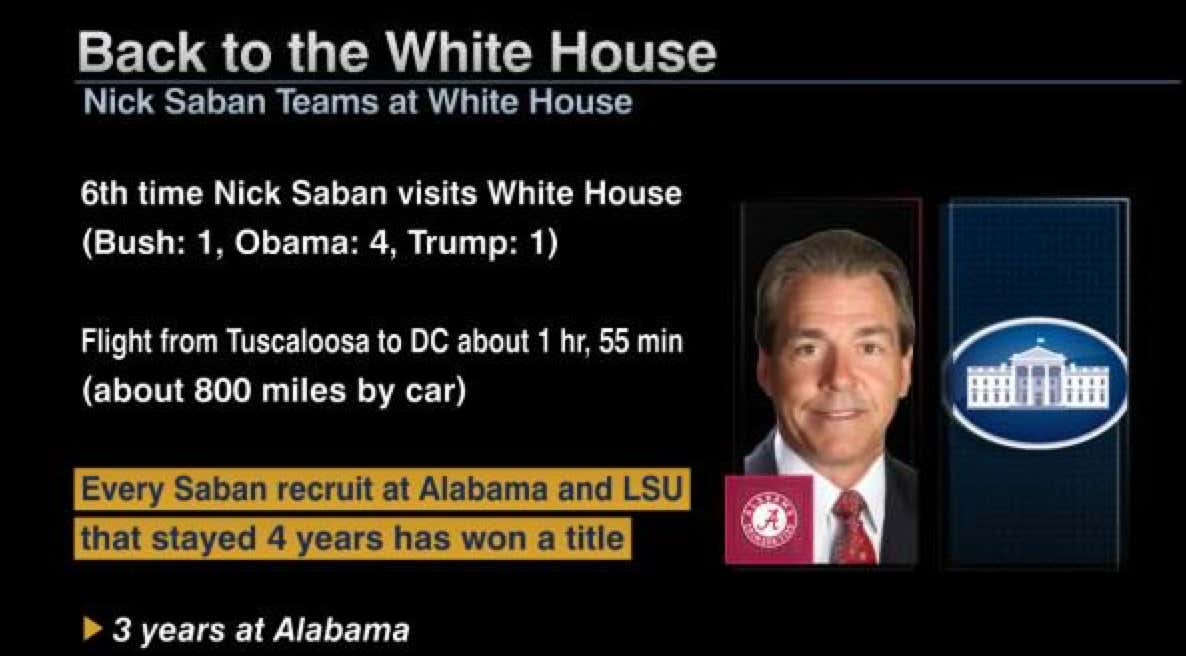 If you have followed college football at all, Nick Saban spending time recruiting while at the White House should be no surprise to you. Hell, he forgot what day was an election day in 2016, too busy watching tape:

Trump looked very happy to have Alabama at his home, but made some executive decisions during his speech:

Can’t blame him. I still don’t know how to properly pronounce or spell Tua’s name 100% of the time. Then again, you’d think a guy with a brain the size of Trump would figure out how to say the name.

Trump went on to clarify that he, indeed, was watching when Tua dropped back on 2nd & 26 in OT:

No, Donald! Don’t piss off the LSU folks!

In a cool move initiated by #ForTheBrand punter JK Scott, after Trump was finished, some Alabama players gathered around Donald to say a prayer for him and his staff:

This got some people #MadOnline:

A great reminder that if there is ever a cool, heartwarming moment occurring, there is somebody waiting on Twitter to ruin it. There’s a lesson in that. Sad!

A great day for Alabama that I’m sure they’ll remember for a long time.