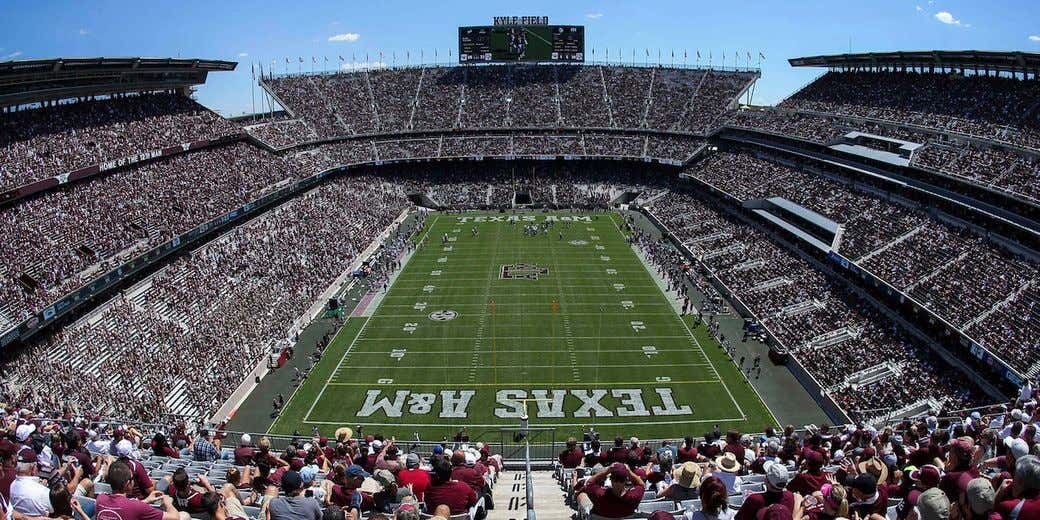 I don’t know whether to make a Texas A&M joke or an NCAA joke here. 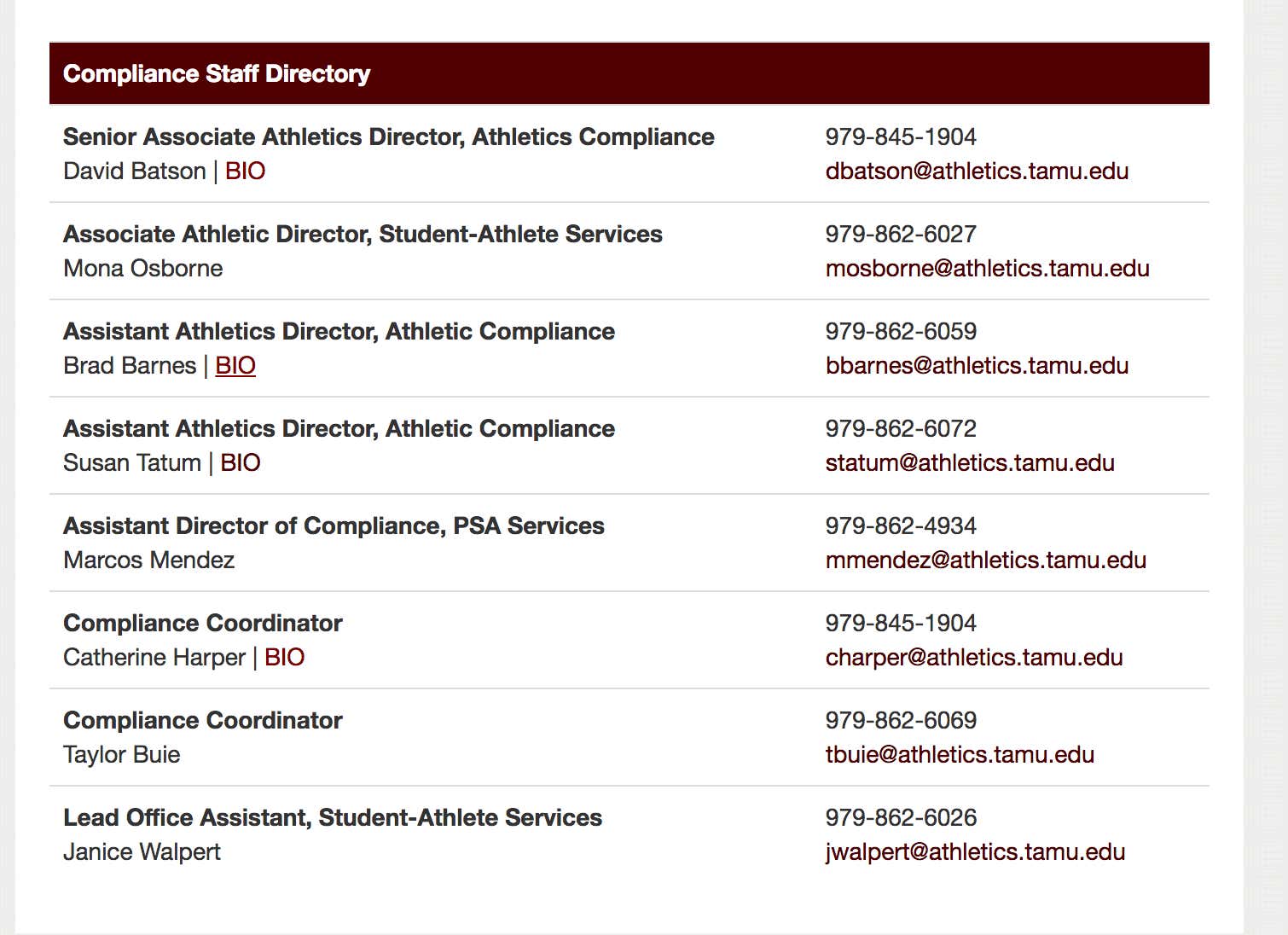 You can’t even blame Texas A&M and other schools like them for spending so much time making sure no NCAA rules are being violated. The rules are so minute, coaches and players alone couldn’t possibly know them all. Here are some of the most absurd NCAA violations I can think of off the top of my head.

-2014: Three Oklahoma football players ate too much pasta at a graduation dinner. To be reinstated the three were required to donate $3.83 each (the cost of the pasta serving) to a charity of their choice in order to be reinstated.

-2014: An assistant coach for Oklahoma butt-dialed a recruit by accident. To be reinstated the football staff was prohibited from initiating phone calls or correspondence with the recruit involved for four weeks and the recruit.

-2014: An Oklahoma woman soccer recruit illegally used the $10 wi-fi at the school’s hotel. The recruit was ruled ineligible for competition at the school until repayment for the bill is made to the charity of her choice.

2005: College media guides for NCAA teams can be no longer than 208 pages!

2001: Utah coach Rick Majerus bought “pizza for his student-athletes after practice or during film sessions.” His punishment? “Majerus had to attend a regional compliance seminar hosted by the NCAA. They also reduced the number of days he could spend recruiting on the road prior to the 2001-02 season by 75 percent.”

2014: Washington State reported a self-violation for providing their athletes with a beverage with “more than 30 percent of its calories from protein.”

P.s.s. Don’t let this distract you from the fact that Texas A&M is a cult.