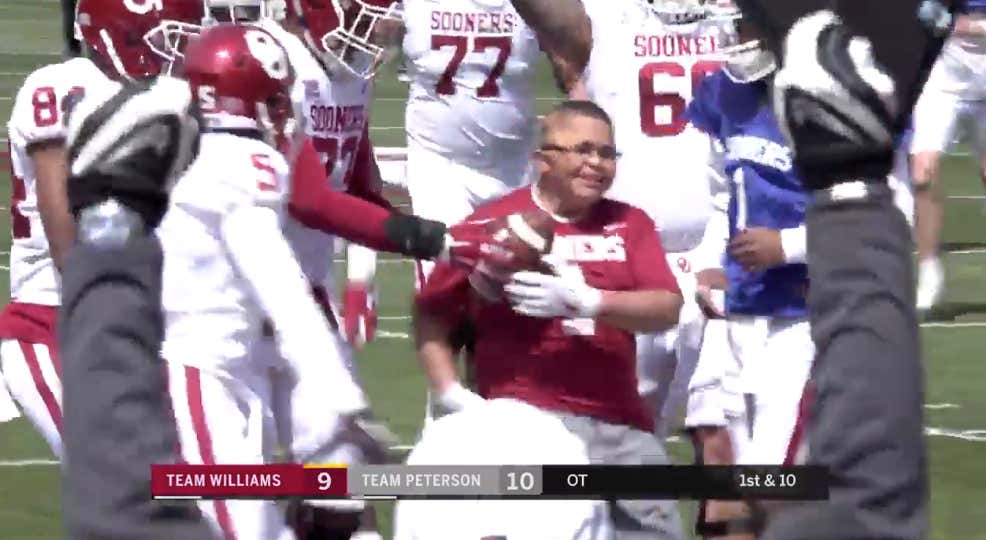 Most spring practices will conclude with a spring game/scrimmage over the next week. There are a few games on the weekend of the 28th, but 75-80% of FBS teams will be done following this Saturday.

This past weekend’s games included Ohio State, Oklahoma, Clemson, Florida, Texas A&M, and Florida State. Michigan was supposed to play as well, but their game was canceled due to snow.

Spring practice and spring games are important for programs, but overreacting to them is a great way to get fooled. It’s always worth remembering the stats the QBs put up in Auburn’s 2010 game:

Nonetheless, here are some highlights from this weekend.

Clemson’s QB battle will be one of the position battles to keep an eye on this fall. True freshman Trevor Lawrence will have to dethrone Kelly Bryant to start in September, but his 11-16, 122 yards, and 1 TD performance on Saturday won’t hurt. This throw by him was pretty:

Kelly Bryant went 8-15 for just 35 yards. For a team that returns, arguably, the best defense in the country, who starts at QB could make or break their season.

The Sooners are another team that will continue their QB battle into the summer, but all indications point to Kyler Murray being the starter.

Oklahoma featured one of the best moments of the day:

Oklahoma offered to pay free tuition for a student if they made a field goal in between the action. The student missed, but Lincoln Riley said he’d pay for the tuition anyways:

This was the worst attempt at kicking a field goal for tuition I’ve ever seen. Lincoln Riley still picking up the tab is nice, but incredibly soft.

Barry Switzer is still the goat in other news: 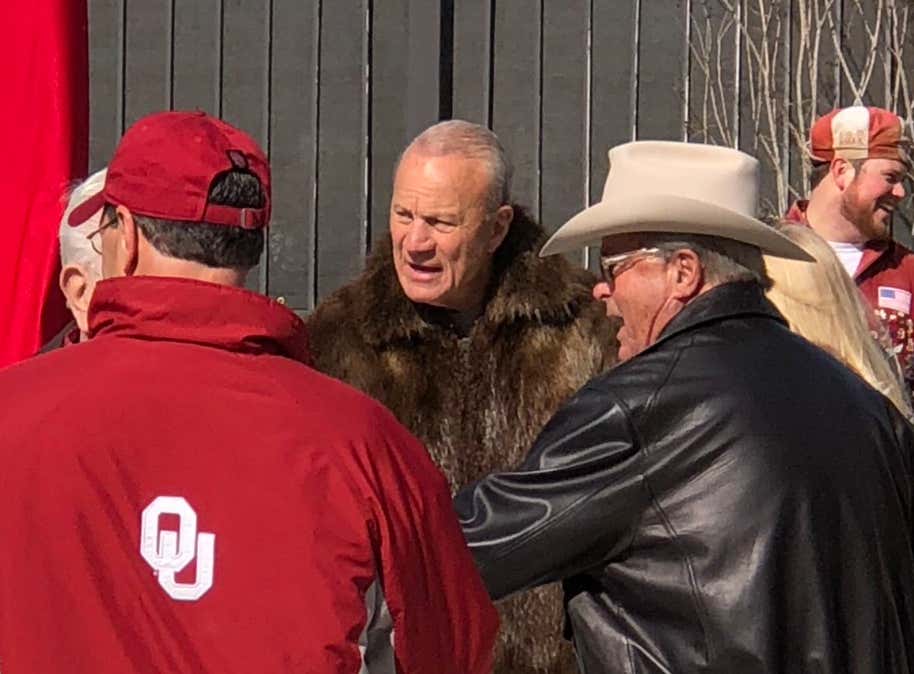 Bob Stoops has himself his own statue:

A common theme we’ll be hearing about all summer is QB competitions. Ohio State is one of those teams that starting QB won’t be decided until the end of summer camp. Currently, the three hashing it out are Dwayne Haskins, Joe Burrow, and Tate Martell. It is expected that Haskins will win this competition:

It’ll be interesting to see if Joe Burrow sticks it out in Columbus or decides to transfer. A team like Nebraska would love to see Burrow, a senior, on the graduate transfer market.

Still some learning Jimbo’s gotta do:

PJ Fleck is still a showman:

Talk about a prettttyyyyy good catch: