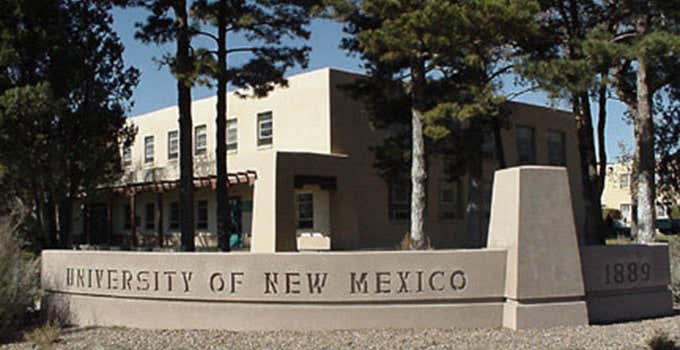 Trigger warnings have been a part of the college experience for a few years now, but because college campuses are a place for new ideas to be discussed and blossom, we have a new way to alert those embarking on a potential trigger courtesy of University of New Mexico: 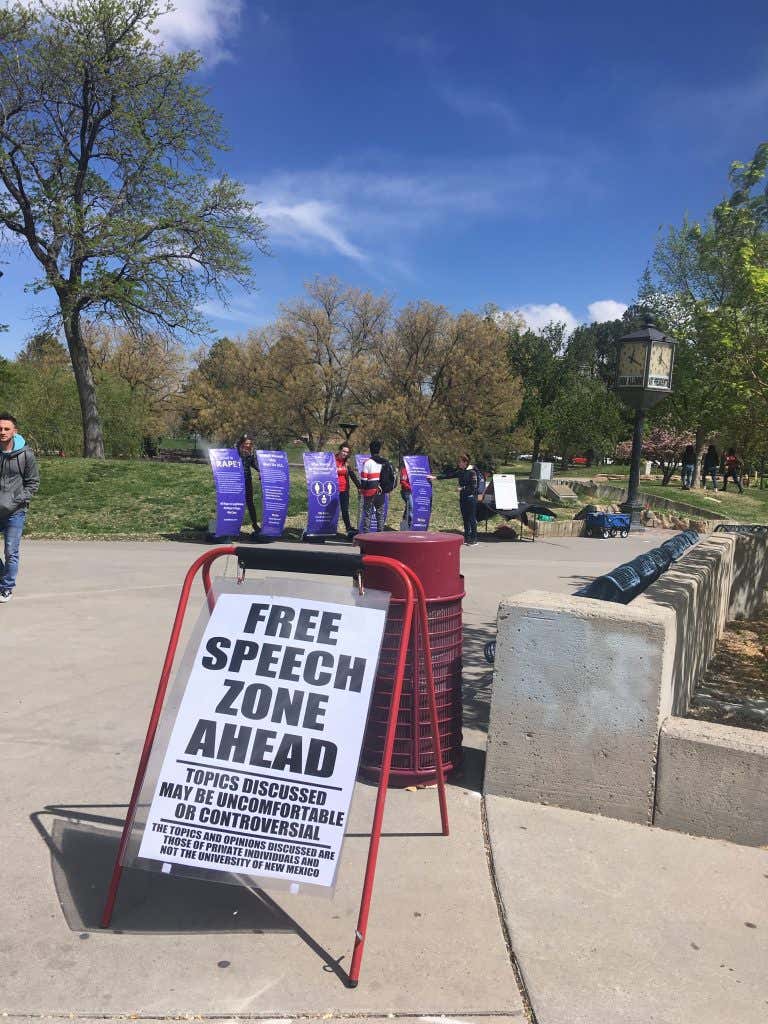 Campus Reform-University of New Mexico students who are entering a free speech zone on campus are now being cautioned by a large trigger warning billboard outside of its perimeter.

According to Students for Life of America (SFLA), the sign was discovered by one of the group’s members who visited the university last week for a “We Care” display erected by the school’s SFLA chapter.

After spending the past three years on a liberal arts campus and keeping up with others across the country, I thought I had seen it all. Thanks to the University of New Mexico for proving the age-old saying you can’t plan for the unexpected, because not even a chiseled college veteran like myself could have anticipated a move like this.

College is a place of overkill. If you thought 2 classes in English was enough to graduate, you are mistaken. I know that you are a computer science major and all, but the university you attend needs you there long enough to pay for four full years of an overpriced education that could’ve been completed in two. That’s called business 101, which ironically you didn’t learn about in your business 101 class. Gotta find the money to pay for all that landscaping on campus that needs to be done somehow.

When you sign up for college you accept the overkill, it’s a part of the contract, whatever, but this overkill job by New Mexico is really something. There is no need to remind us about the free speech zone we are entering because we happen to already be in it thanks to a little thing called the Constitution. Been that way for awhile. Pretty sure the free speech thing is one of the first things mentioned.

UNM has confirmed that they are in fact NOT trigger warnings:

A spokesperson for UNM told SFLA that the sign was erected as part of a new policy requiring such billboards for any display erected by a student group, but denied that they are “trigger warnings.”

Or maybe they are?

Earlier this month, however, Ryan Lindquist, the director of the Student Activities Center, told The Daily Lobo that the signs do, in fact, serve as a “trigger warning” to students who may wish to avoid a controversial area on campus.

“Those signs were put there basically as a trigger warning for people who may be uncomfortable with the content that is being discussed,” he explained, elaborating that “those signs give people an opportunity to avoid or find a detour…to get around those spaces if they don’t want to engage in that type of event. We look to protect our students and the right to free speech.”

It’s too bad students can’t “find a detour” from paying their tuition/ fulfilling core requirements to graduate because it is too triggering to them.

I’ll keep an eye out for any more “Free Speech Ahead” signs on college campuses. Maybe the University of New Mexico is ahead of the trend on this one.