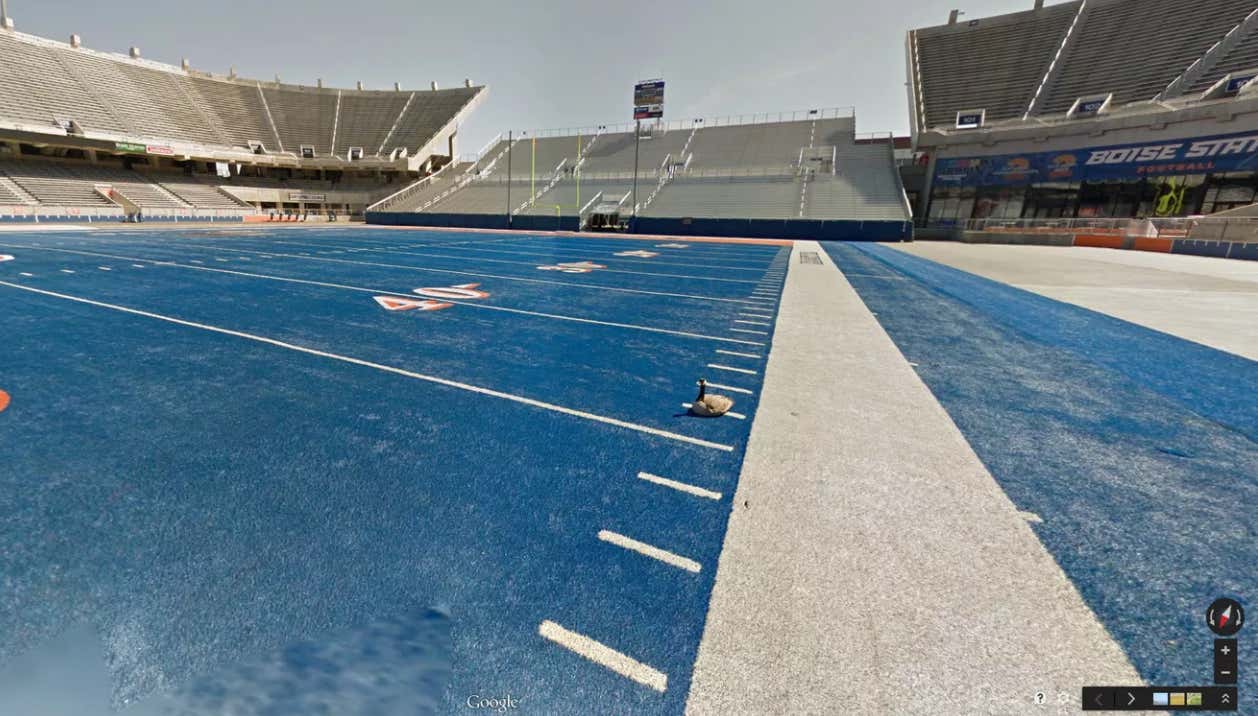 There’s always been sort of a legend that geese landed on Boise State’s blue field thinking it was a lake. I never really believed the legend, but the thought of a dumb ass goose thinking Boise State’s field was a lake always put a smile on my face. Announcers, players, and fans alike grew the legend whenever they had the chance:

R/CFB-I remember Kellen Moore talking about this during his QB camp with Jon Gruden. Apparently, this is a common occurrence.

It turns out that the legend, is in fact, true:

It’s possible that these geese don’t actually think this is a lake and are just using the field as another place to take a shit, but who cares about what they might think because that’s a boring way to look at these photos:

That’s a goose that thinks they are on a lake and you can’t tell me otherwise.

I’m excited to start using “I’m as confused as a goose on a blue turf in Boise” in my day-to-day life, but don’t get it confused, the best animal to ever lay foot on the blue turf is this good boy:

The geese actually may be third on the list, behind Cowboy “Kickoff” Kohl and Spuddy Buddy: