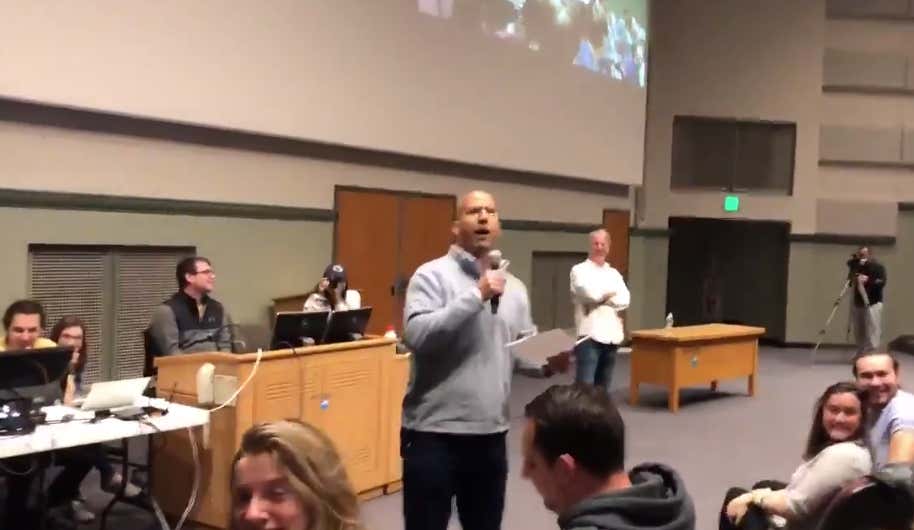 Micah Parsons is what most considered the diamond of Penn State’s 2018 recruiting class. Ranking 5th in 247Sports composite rankings, the LB was the highest rated recruit for Penn State in their 5th ranked recruiting class. As most recruits do these days, Parsons graduate high school early and enrolled at Penn State for the spring semester to get started with classes and participate in spring practice.

Spring practice ended on Saturday for Parsons, but the classes continue, with or without him:

Land Of 10-On Tuesday, the Nittany Lions coach took a surprise visit to a class and called out his players’ names to see if they were where they were supposed to be. It appeared as though eight players were there, but there should have been a ninth: Parsons.

You just hate to see it. Micah got got. 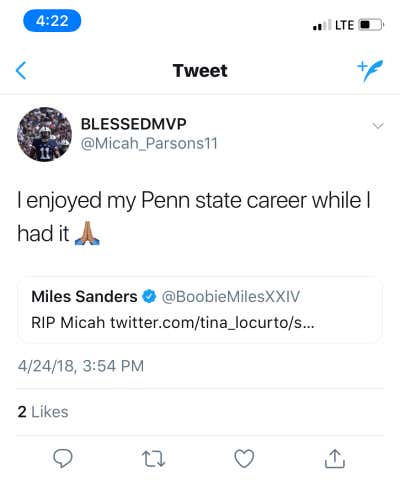 There is no word on why Parsons wasn’t there. He probably just didn’t want to go. If I was a 5-star LB, I wouldn’t want to go to a sociology class either.

This is definitely a “Stars–They Are Just Like Us!” moment for me. Although, I guess it’s just assumed that star football players skip classes, but a part of me is imagining Micah Parsons starting off the semester like we all do/did with an “I’m going to have zero skipped classes” attitude. Then that first-weekday hangover hit him and his covers felt a lot better than they ever have before and he remembered that this 8:30 AM history class allows him 3 unexcused absences this semester, so he went back to bed like the rest of us would. Stars–They Are Just like Us!!!!

This isn’t the first time James Franklin has crashed a class to call out his players:

I guess he still thinks he is coaching at Vanderbilt.