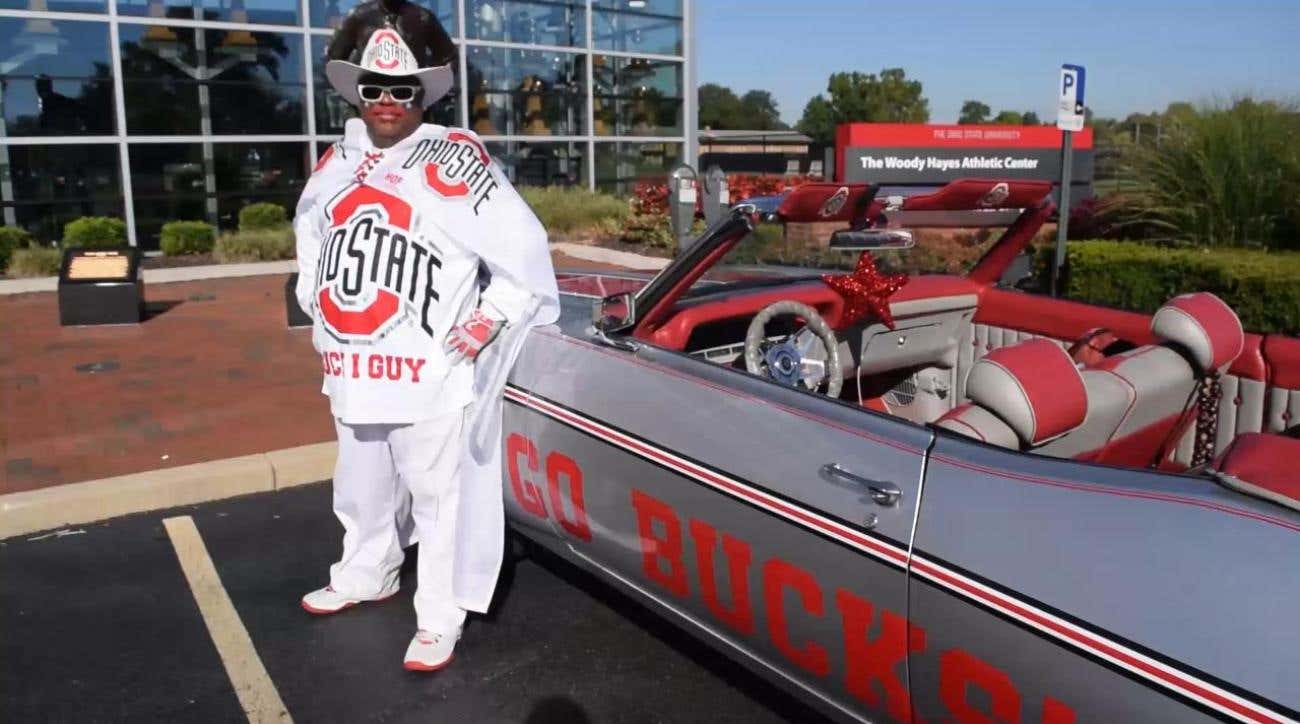 “Buck-I-Guy” is known around the college football world as an obnoxious superfan. As much as fandom is embraced around college football, superfans like “Buck-I-Guy” stink. The hype gets to their head, they start thinking they are an actual celebrity and lose all self-awareness while starting to charge for pictures at tailgates and what not. There are exceptions of course, but in general, superfans leave a lot to be desired. Buck-I-Guy is the prime example:

Earle Bruce, the one-time OSU coach from 1979-1987, passed away on Friday. He spent just 8 years in Columbus but is remembered for winning 4 Big Ten titles for the Buckeyes in the 80’s. He is very well respected within the coaching community and Ohio State held a memorial service for him yesterday to which Buck-I-Guy showed up to in full get up. He even showed up late to the event, which he received a bunch of slack for. I guess nobody understands how long it takes to put on a cape.

To top off his performance, he signed a poster that was for Earle’s family with his nickname. The poster was only for ex-players and coaches of Earle’s, but I guess Buck-I-Guy decided the Earle family wanted his signature as well:

I’ll give Buck-I-Guy this, he has a phenomenal talent at making everything about him. He may be hated more by the OSU faithful than Michigan is, but managing to make a funeral of an ex-OSU coach about yourself is an impressive accomplishment. As an egomaniac myself, I have to respect it.

I mean, look at his outfit. He wears a necklace with a picture of HIMSELF on it: 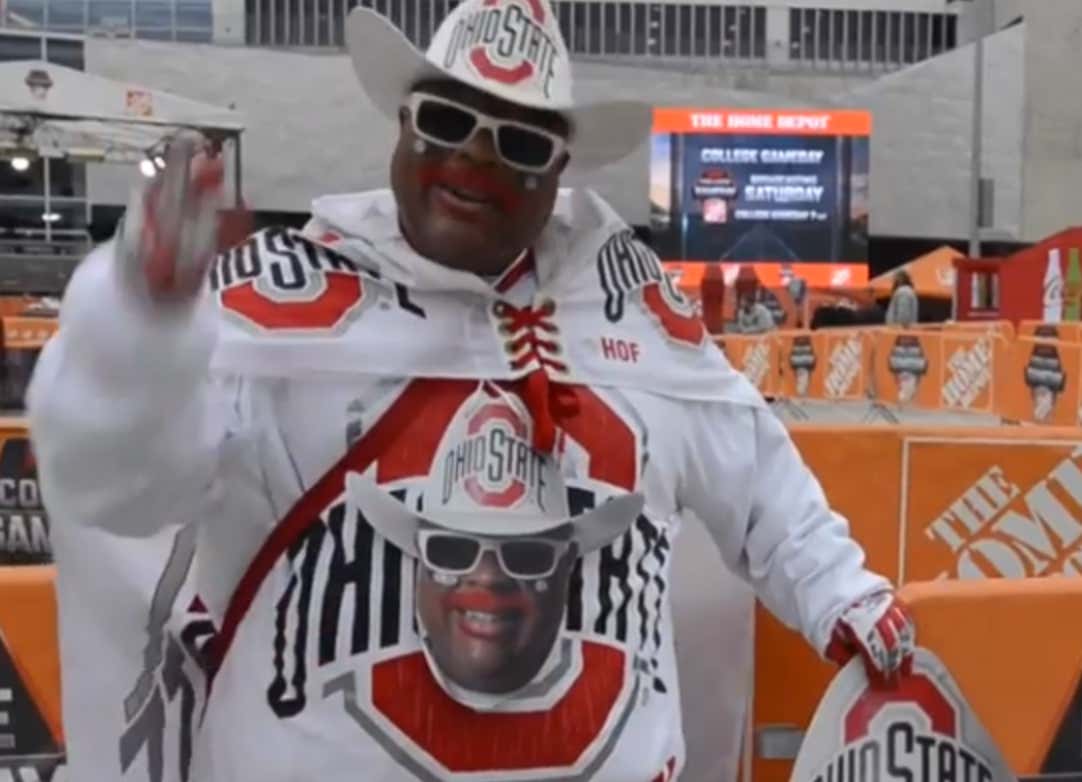 He showed up to Gameday with a cutout of HIMSELF: 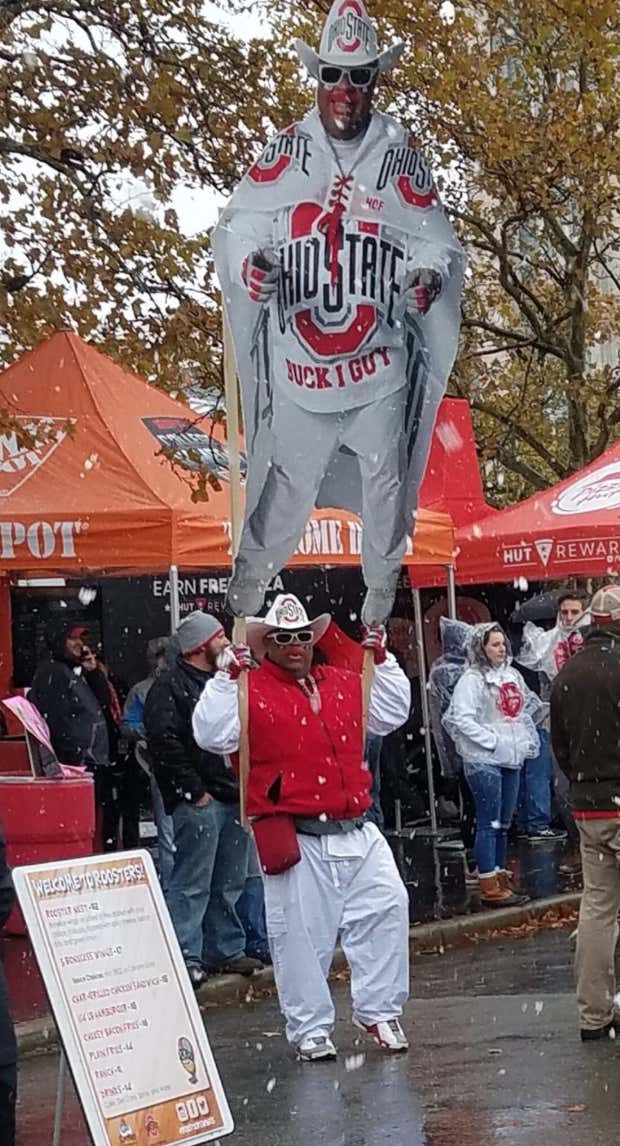 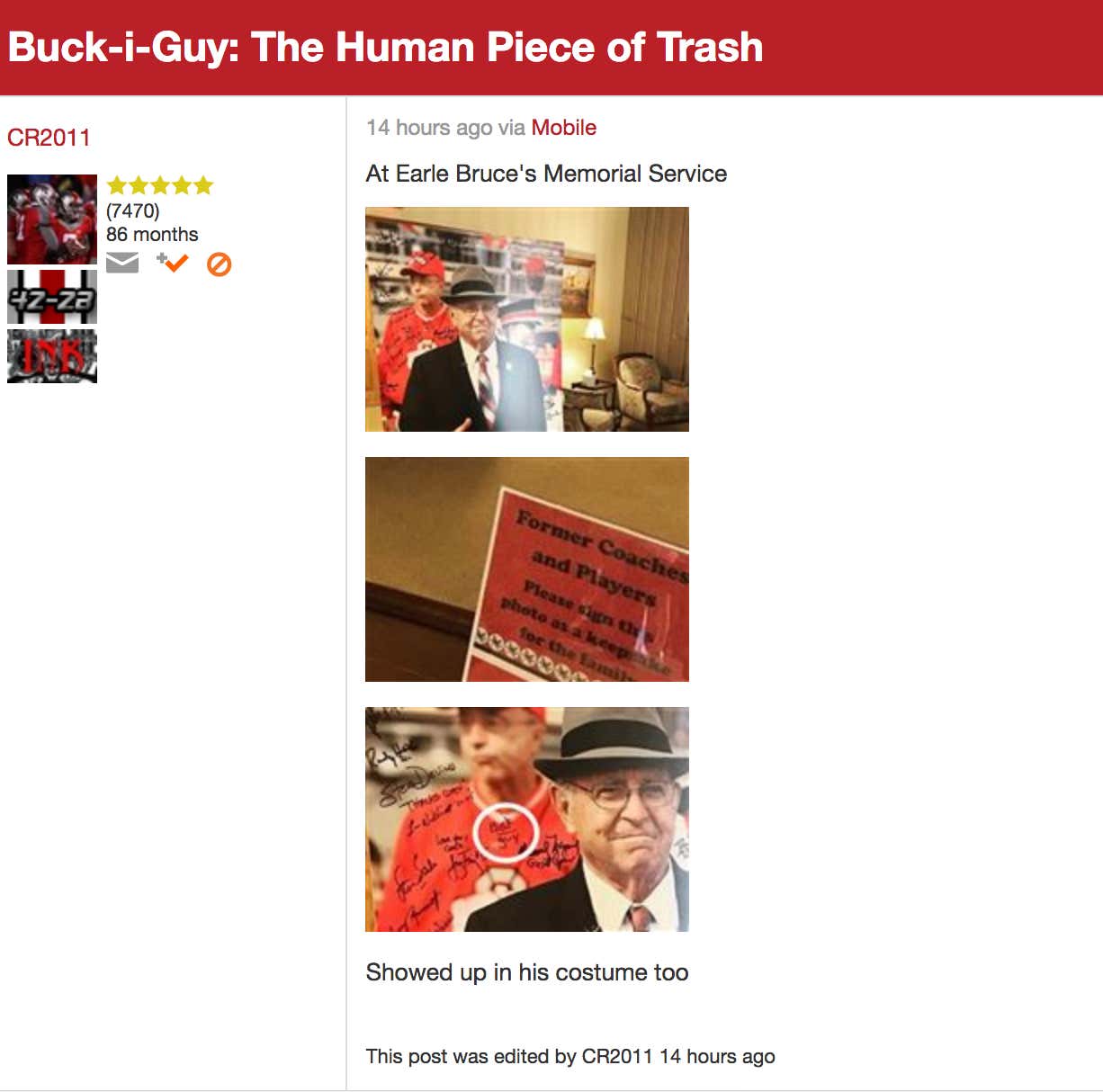