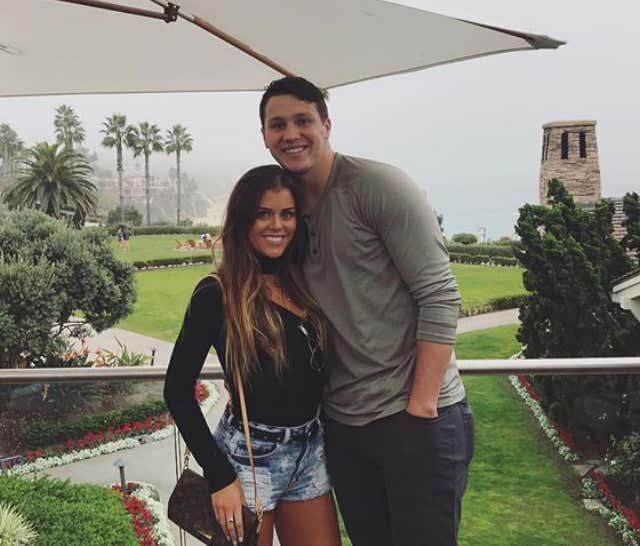 Josh Allen has had a hell of a day and he hasn’t even entered Jerry’s World yet. Who knows what team he’ll end up on by the end of the night, but I do have a prediction (kind of) surrounding Mr. Allen tonight. Every year we have a breakout star on draft night and this year it will be Josh Allen’s girlfriend, Brittany Williams:

I have a sneaky feeling that Josh Allen may fall a bit tonight in the draft. Maybe he drops to #8 or even further to #13 or #18. It smells of an Aaron Rodgers situation. The cameras will be on Allen all night if that’s the case and you know who will be right by his side looking like a snack?! Brittany Williams:

Brittany currently sits at 9.8k followers on Instagram. She will double those numbers by this time tomorrow. If Allen falls, Brittany will rise. Tonight is a big night for Josh Allen, but let’s not forget about Brittany Williams. If she is smart, she’ll know where the cameras are at all points. Put on a show BritWill, I believe in you: