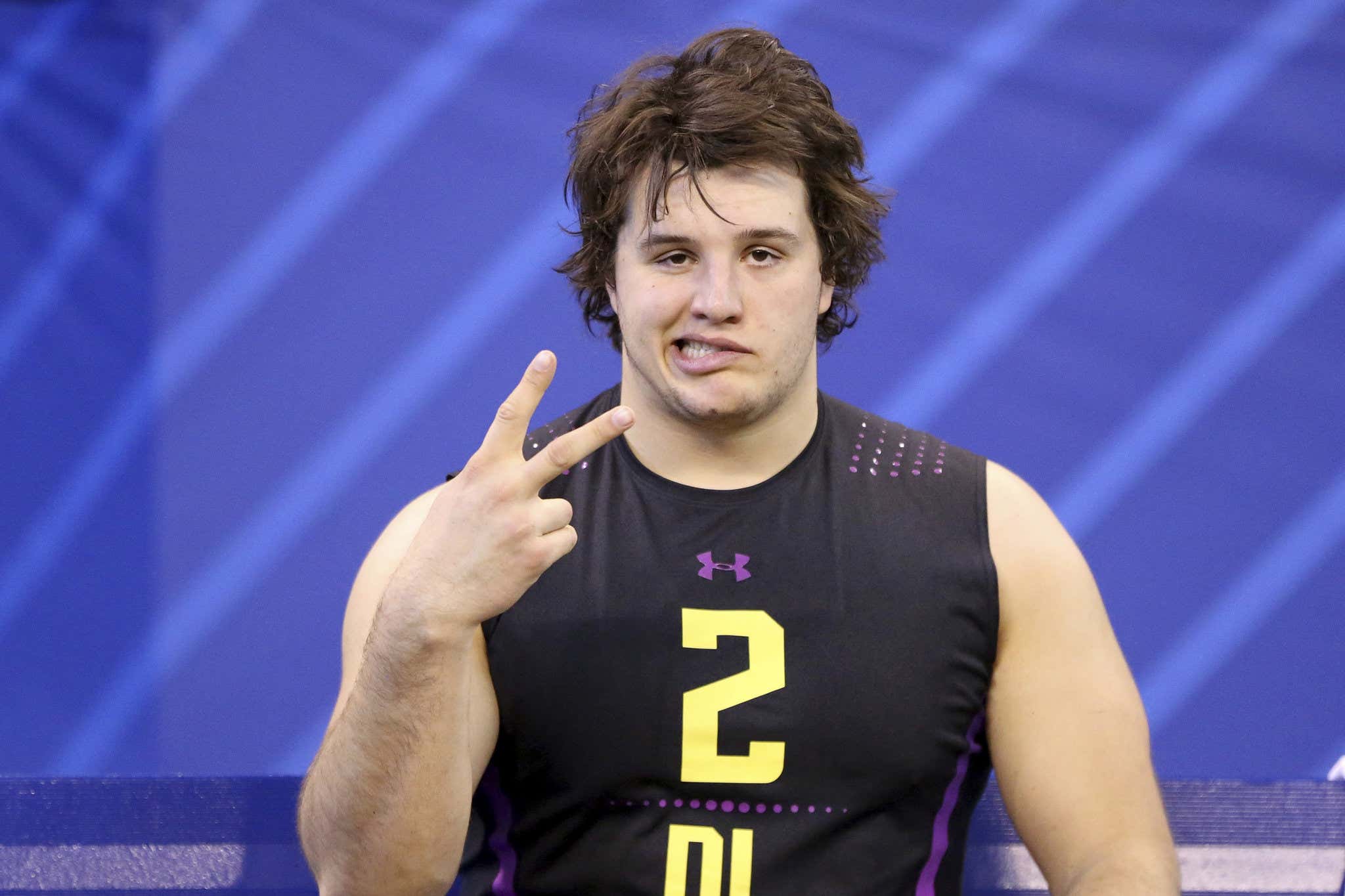 With the 29th pick in the 2018 draft, the Jacksonville Jaguars selected Florida DT Taven Bryan. A nice pick by the Jags, who add yet another weapon to their frightening defense.

Bryan had a nice career at Florida, but his story goes further back than Gainsville. Bryan is from Casper, Wyoming, his father is a former Navy Seal and as you can see from his walk to the stage last night, the man means BUSINESS:

Bryan looked ready to bench 4 plates and then run an Oklahoma drill against Roger Goodell. No time for shenanigans, Bryan is all business. Give me the hat, let me shake Mr. Goodell’s hand, and give me some pads because I’m ready to take somebodies god damn head off. Am I surprised Tom Coughlin drafted this guy? Is the pope Catholic?

The NFL draft is full of awesome stories of players coming from impoverished beginnings to fulfilling their NFL dreams. I don’t want to downplay those stories, but Taven Bryan’s story is one of a kind and wasn’t given justice on the draft telecast last night.

Yahoo-Taven Bryan came back to his native Wyoming last June for a break from the rigors of college football life.

He didn’t get any relief.

“Taven was pathetic,” says his dad.

The former Navy SEAL put his son through a vacation unlike any other: up before dawn, framing houses on a construction site all morning, lift weights twice a day (bench: 425 pounds), more construction until dark.

“He didn’t look like he was fit,” explains the elder Bryan.

Taven’s father is a man’s man. A former Navy Seal (thank you for your service, Mr. Bryan!) and now a firefighter, Brandy Bryan hasn’t shed a tar since he came out of the womb: 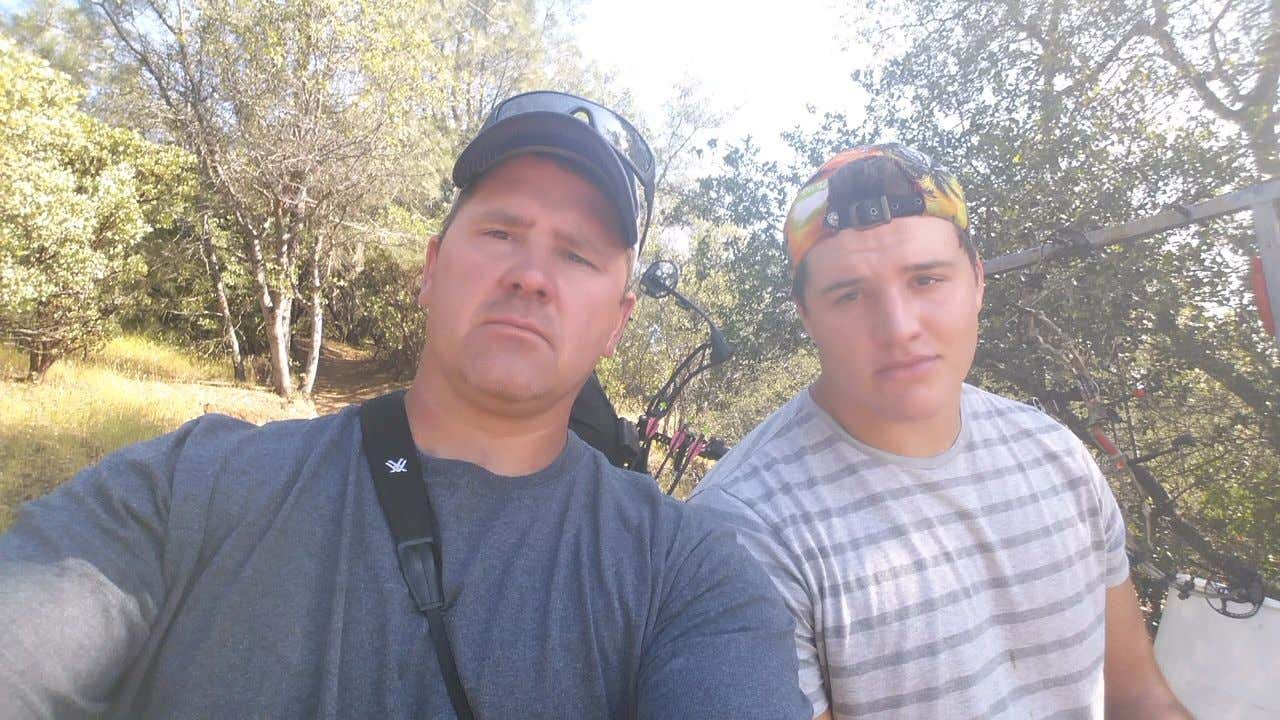 Brandy Bryan, who is a fireman when he isn’t a construction worker and when he isn’t throwing around barbells like a boss, isn’t an ornery dude. He’s a friendly, engaging personality. But he doesn’t have time for subtlety. When you give your only son the middle name “Coal,” you’re more about hunting than hinting.

Not Cole, but COAL.

When a regional scout came into Tom Coughlin’s office and told the story of Taven Bryan, what do you think happened when he mentioned the kid’s middle name is Coal? Did Tom Coughlin become erect? Did he think he found a long lost son? Tom Coughlin couldn’t have made created this perfect of a football player in a lab.

“My mom named me Brandy like a freaking girl’s name,” he says. “I don’t care if they call me [expletive]head.”

That’s the big message from both of them: self-sufficiency. Brandy not only had Taven on a construction site at age 9, swinging hammers, he also had daughter Chelsea out there too, running lumber.

“My kids were born and raised working,” he said. “They didn’t have a choice.” (He quickly adds: “They weren’t paid, either.”)

Taven Bryan as a kid: 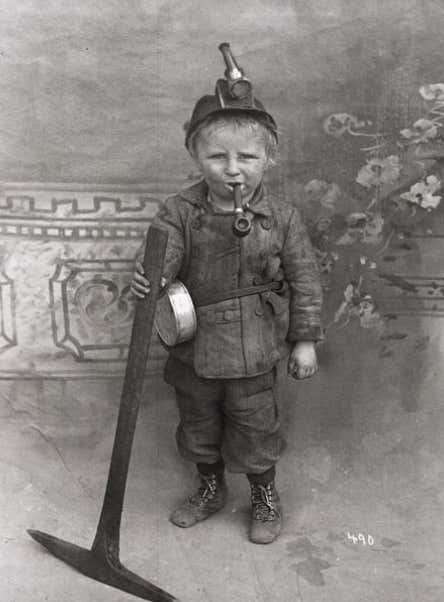 Damn right he does:

Muschamp was replaced after Bryan’s first season with offense-first Jim McElwain, and let’s just say there’s a general feeling the strength program has improved since Dan Mullen took over for McElwain several months ago.

Brandy agrees: “[Taven] was superfit when Muschamp was running the program. What that guy [McElwain] did in the Mountain West, you can’t do the same [expletive] in the SEC.”

I need a podcast with Brandy Bryan that is published weekly. Just let the man talk about whatever he wants to talk about, I’ll listen and I’ll learn.

Taven Bryan is a true #FootballGuy. A guy who runs not on EDT or PDT, but CDT (Coughlin Daylight Time), which always runs 15 minutes fast. I’m excited to see what he does for the Jags for the sake of #FootballGuys everywhere and so we can learn more about Brandy.

We do know one thing, he won’t be paying off any of his father’s bills: