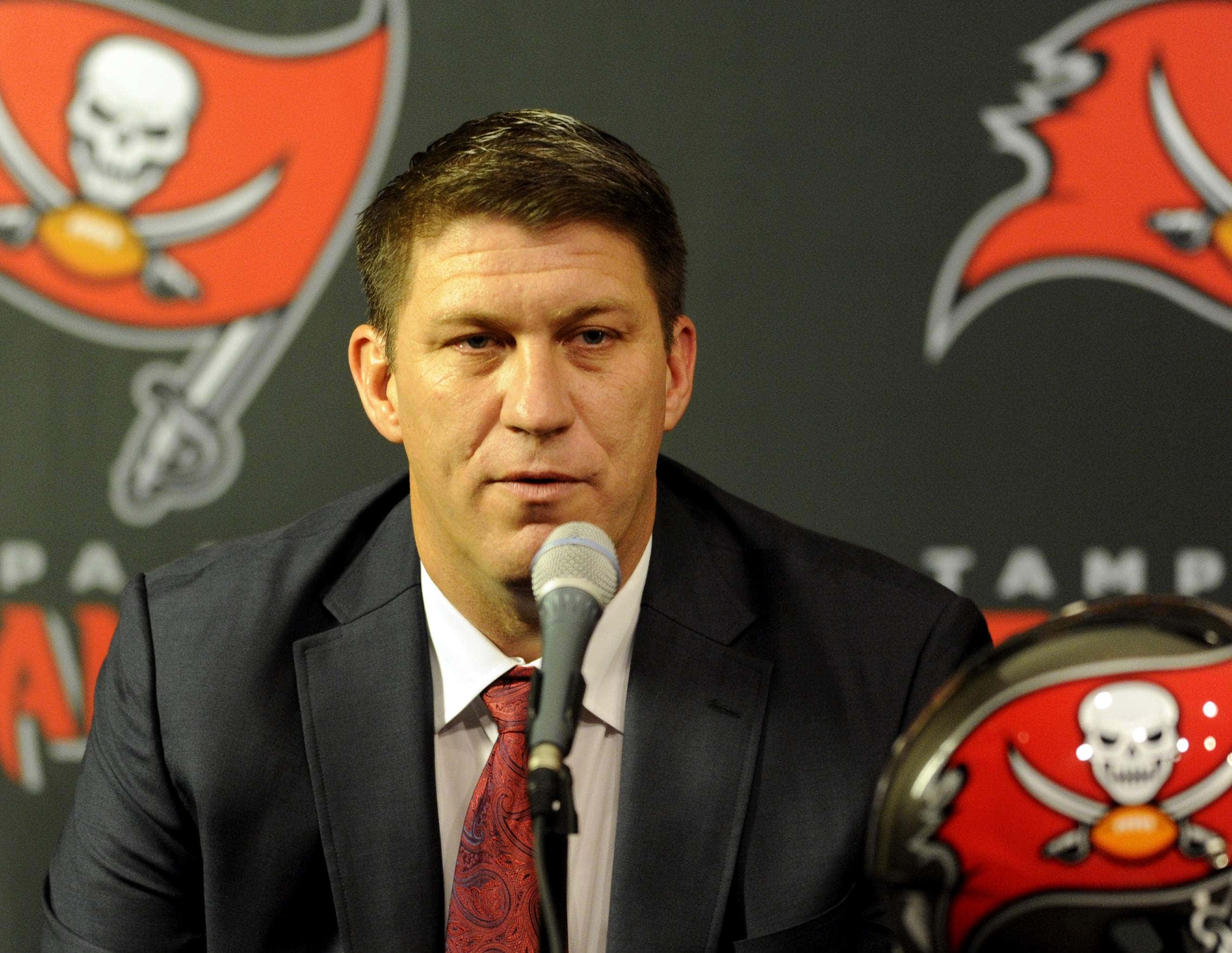 #NFLDraftTwitter is an indescribable place of GIFs and wild takes from random Twitter accounts. I, as a football nerd, personally like it, but it’s probably one of the easiest sects of Twitter to make fun of. However, the Tampa Bay Buccaneers don’t think #NFLDraftTwitter is something to joke around on:

Team security officials are investigating a threatening tweet directed at general manager Jason Licht after the Bucs drafted North Carolina cornerback M.J. Stewart on Friday with the 53rd-overall pick, in the second round, prompting a fan in Texas to chime in on Twitter with a GIF of a gruesome murder scene from the 1990 film “King of New York,” the Tampa Bay Times reports.

“When I see Jason Licht the next time I roll through Tampa,” Mike Rogers, 38, of Houston, posted after the Bucs’ pick, complete with a bloody depiction of a drug lord killing a New York City police detective. 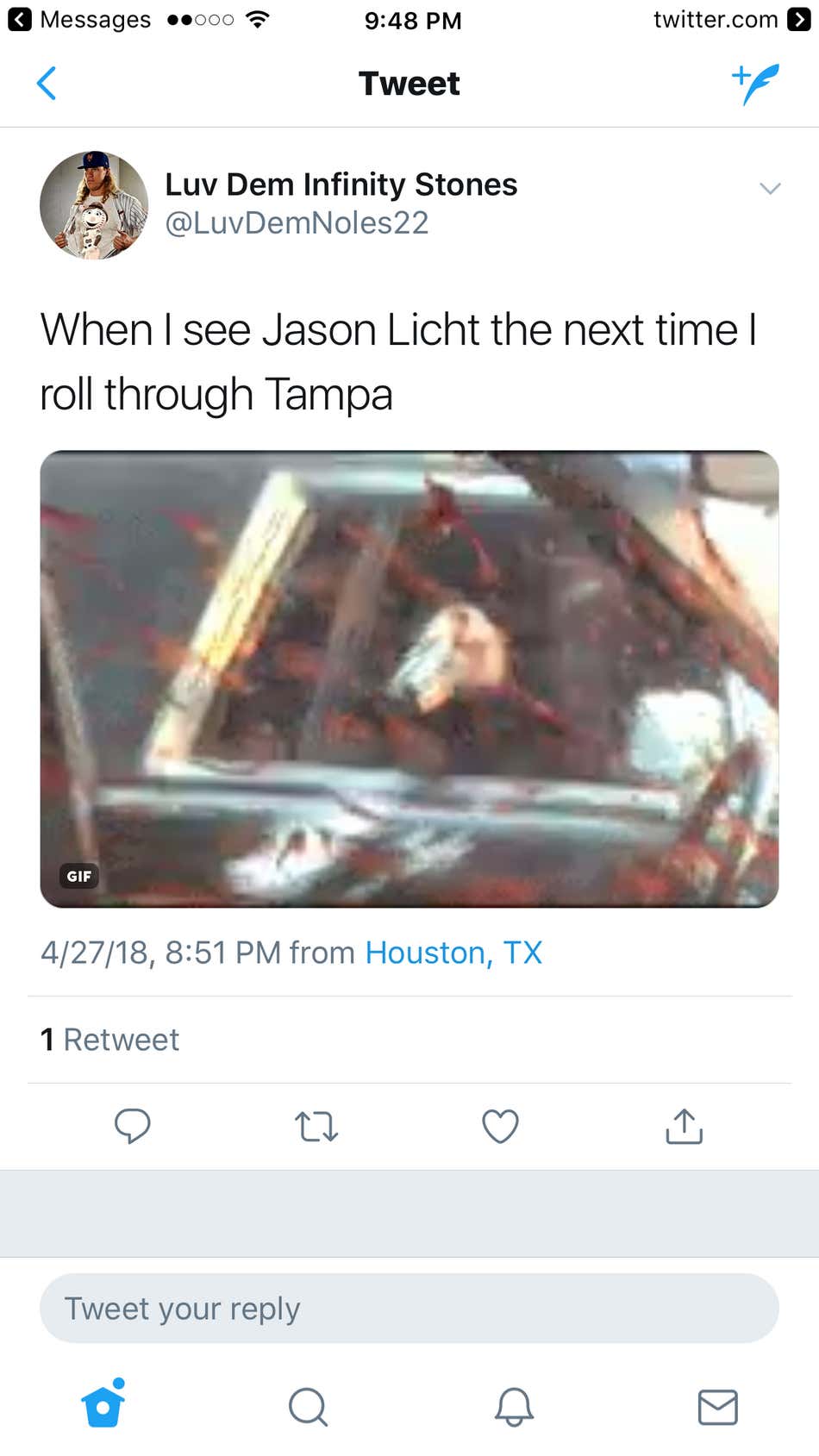 How out of touch with reality do the Tampa Bay Buccaneers have to be to not realize this is a joke. Maybe they haven’t been down the rabbit hole of #NFLDraftTwitter before (I can’t blame them), but a guy with a Noah Syndergaard profile picture saying he is going to murder the Bucs GM King Of New York style can’t be that high on the list of legitimate threats. If I were to rank legitimate threats on Twitter, @LuvDemNoles22’s one would be in the bottom 5%.

Tampa Bay Times-Rogers, using his Twitter handle @LuvDemNoles22, wrote above the GIF: “When I see Jason Licht next time I roll through Tampa.”

@LuvDemNoles22 is a peak Florida man Twitter handle. Alongside #NFLDraftTwitter, FSU Twitter is one of my favorite Twitters on the interwebs. Florida State fans are the perfect combination of crazy and not too self aware. Nothing gets me going like talkin bout the noles.

“Yes, that was a total exaggeration,” Rogers said Sunday when reached by the Tampa Bay Times. “Just caught up in the moment. It was just a tasteless tweet. I’m not a psychopath.”

@LuvDemNoles22 has since been suspended by Twitter. He isn’t the only one to be disciplined by Twitter this weekend because of a threat: