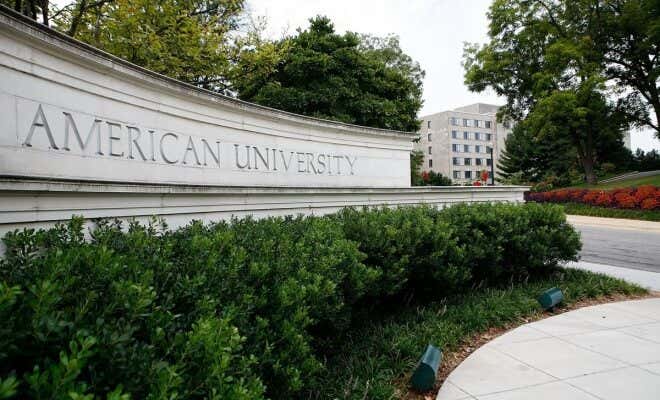 Before and during college, universities often require students to complete online modules on topics such as safe alcohol use. They are required, often very dumb, and take an hour-plus out of your day. Students at American University have similar requirements, including a module on sex education:

In screenshots obtained exclusively by Red Alert Politics, American University asks students hypothetical questions about sexual encounters in an online course called “Campus Clarity: Think About It.” The program also asks students personal behavioral questions like how many sexual partners they’ve had and how often they drink. 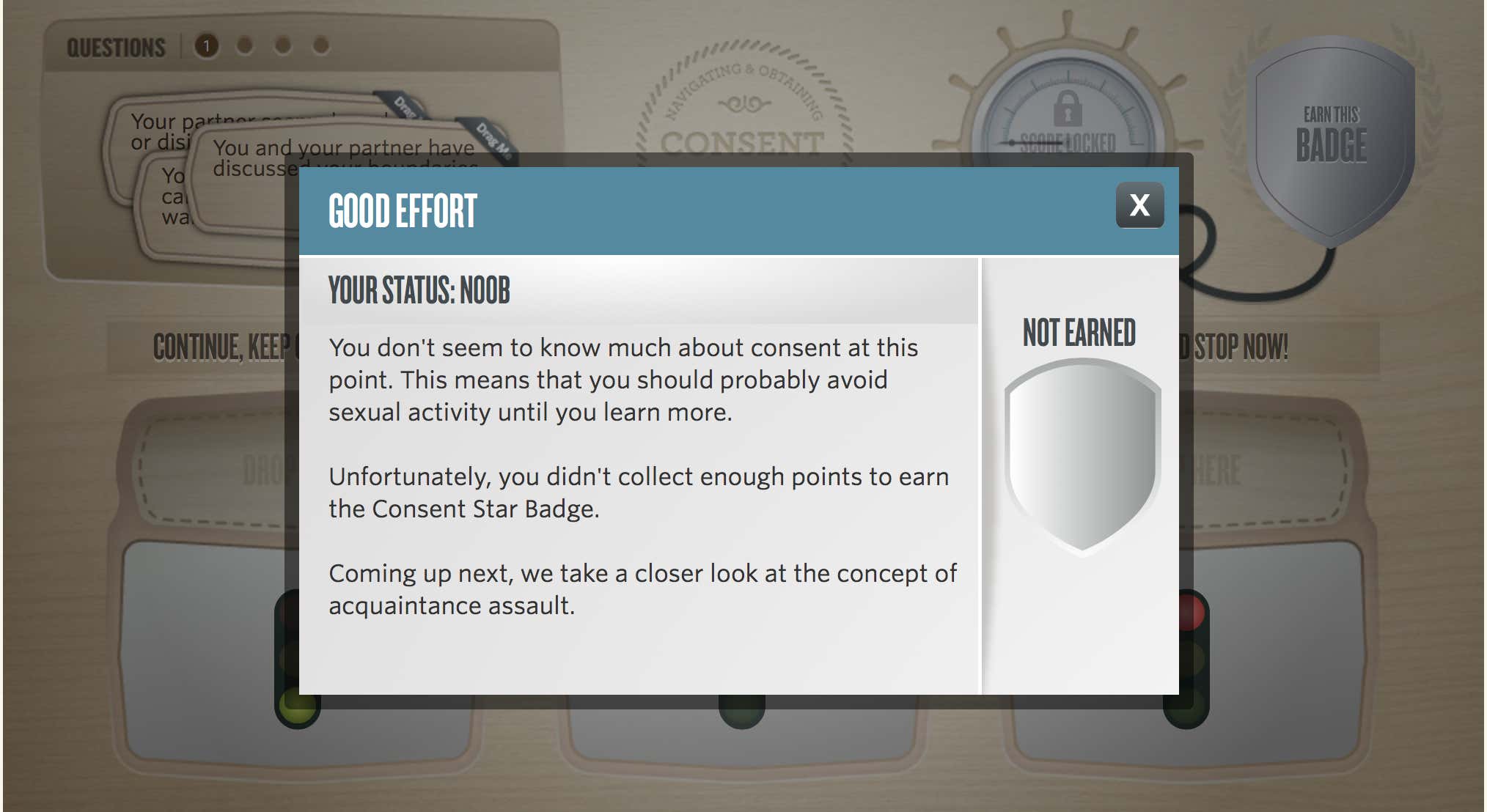 If I happened to be one of the American students taking this module, I don’t know if I would be angry or happy when this popped up. On one hand, the light-hearted response to me failing the module could potentially give me a chuckle. On the other hand, There are multiple phrases that could trigger me. Why are you telling me “Good Effort?” I am paying about 10% attention to this dumb module, you don’t need to go all Miami Heat kid on me:

Calling me a “n00b” would be funny if I were in a good or bad mood. I didn’t realize sexual assault was a laughing matter, but if using video game terminology floats your boat, I guess it will float mine as well. I have to take this thing at the end of the day anyway, I’m not here by choice.

Telling students they have to refrain from sex until they are no longer “n00bs” and have their “Consent Star Badge” definitely works well. Sorry, Stacy, I know you are coming on to me right now, but I haven’t achieved non-n00b status and received my consent star badge, so no sex tonight. I bet this idea came from the brilliant folks across the pond who put in the “no-drugs” pinky promise rule:

Sex education news is hot in the streets right now. Parents in Virginia are OUTRAGED that their 9th-graders were shown this video by Laci Green:

(Laci Greene’s face makes me angry just looking at it)

The Daily Wire-“I am absolutely appalled at the video shown by SARA,” one father reportedly told The Schilling Show. “And now, I have the Department of Education, the Albemarle County School Board and the Western Albemarle High School to thank for introducing my beautiful daughter to the world of sexual pleasure. Now, I have a dilemma. How do I undo the vision, the thoughts and the curiosity provided her by those in positions of authority that are supposed to protect my daughter while in school?”

Yes, anonymous father, what will you do? There is no way your “beautiful daughter” had any idea about “the world of sexual pleasure” before this video. The 14-year-old girl spends the entire day thinking about Barbies.