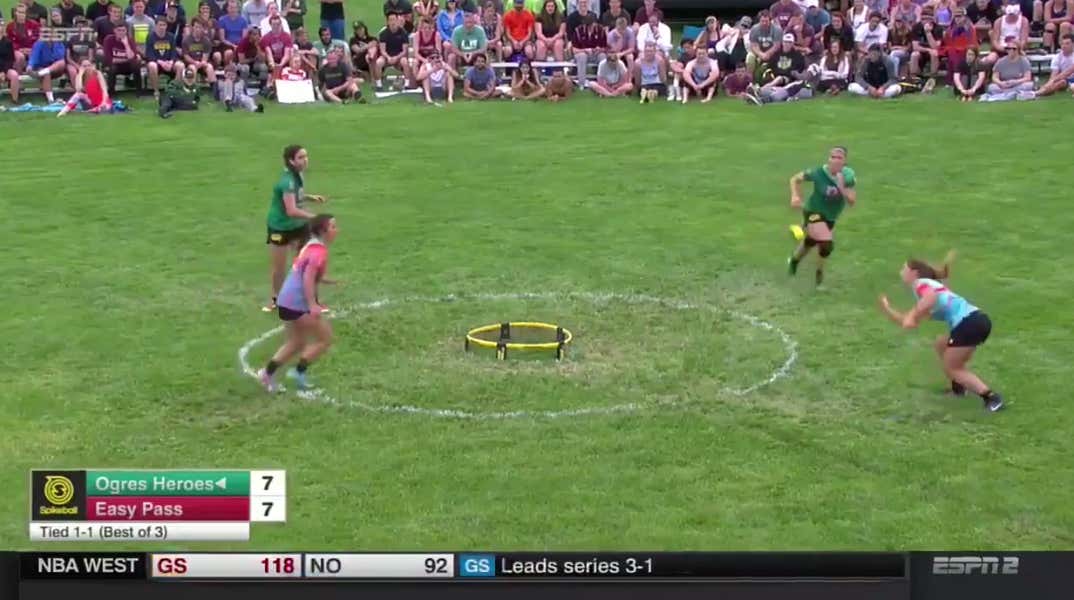 7:30 last night was an awkward time on TV. Warriors-Pelicans had ended, so had Bruins-Lightning. The next notable sporting event started at 8:00 PM, so I started channel surfing and stumbled upon ESPN’s latest revolutionary programming:

Spikeball, a game many are calling” the game of the future” and “the fastest growing sport in America,” was on ESPN 2 last night from Lancaster, PA:

The Spikeball “invitational” aired from 7:00 to 8:00 PM, a perfect lead into the elusive Johnsonville Cornhole Championship, which has given us some great moments:

Lots of folks were confused/excited by this programming by ESPN, who is battling to find the same success they used to have in a digital age:

If you missed out on this programming, you are in luck, Spikeball will be back on the airwaves in June, LIVE (probably not) from Coney Island:

Even though ESPN lost 500k subscribers in April, I’m sure they have zero problem sending checks to those Spikeball play-by-play and color guys:

By next time, hopefully, these uneducated scumbags will learn the sports true, original name: Roundnet.

I don’t know the sign up process for the Spikeball tournament in Coney Island, but it would be something if the ole Roundnet veterans got back together and won the whole damn thing: 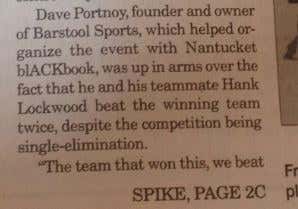